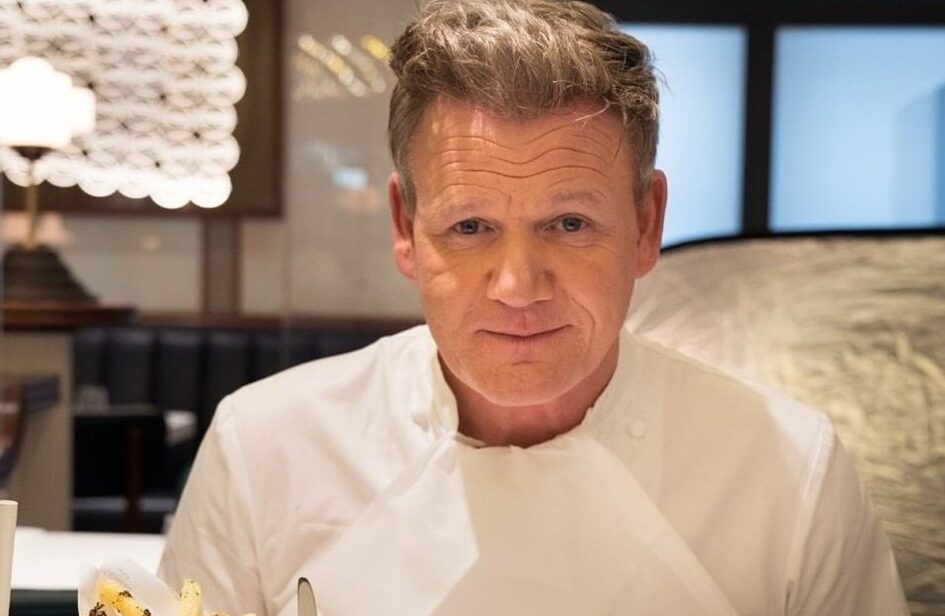 Known for his hot temper and previously anti-vegan opinions, Gordon Ramsay is reinventing his menu development with a plant-based twist. The British celebrity chef just announced that he will open his first restaurant in Chicago, and shockingly, Ramsay will feature vegan burgers at the new spot. Gordon Ramsay Burger will offer eight signature burger creations developed by the renowned chef, including one staple Vegan Burger complete with a plant-based patty, bib lettuce, avocado, eggless mayo, tomato, and vegan burger bun.

Ramsay’s new vegan creation signifies a shift in the food world as formerly critical chefs begin to accept the quality and potential of plant-based cooking. In past years, Ramsay has been outspokenly anti-vegan, previously joking that he was “allergic to vegans.” Now, the chef will allow his customers to substitute the vegan patty for every burger at his restaurant with a $6 upcharge.

“As a huge fan of Chicago and its food scene, it’s an honor to now have a restaurant in this amazing city,” Ramsay said in a statement. “We can’t wait to serve Chicago residents our signature burger and some really delicious variations.”

The flagship Gordon Ramsay Burger opened inside the Planet Hollywood Resort & Casino in Las Vegas in 2012. The original location recently rolled out a vegan burger to coincide with the chef’s decision to cater to plant-based customers with his newest restaurant. Ramsay’s vegan dish indicates that the chef is warming up to plant-based cooking.

Recently, Ramsay has backpedaled significantly on his plant-based criticism: The chef first tweeted that he was going to give vegan eating a try in 2018, announcing his Charred Aubergine Pizza at his London-based Gordon Ramsay Street Pizza. The vegan pizza received positive feedback and encouraged him to continue developing vegan alternatives to his iconic recipes.

From Beef Wellington to bacon, Ramsay started showcasing vegan alternatives to meat-centric dishes. He recreated his famous Beef Wellington using beets as a meat substitute. The celebrity chef has also showcased several vegan recipes on his Tik Tok including an eggplant steak, opening the viral Tiktok by claiming that he was “turning vegan…for lunch.”

This summer, Ramsay even joined Silk for a new advertisement campaign that granted the chef with a G.O.A.T. award, claiming that its new oat milk product is the Greatest of All Time. Ramsay – dubbed the G.O.A.T. of Yelling in Kitchens – explained that he joined the plant-based milk campaign because his children inspired him to consider more plant-based options.

“Well, it took my kids getting on me, but now I really enjoy cooking more plant-based dishes at home and in my restaurants,” Ramsay said. “Let me tell you, I know greatness when I taste it, and I am loving Silk Oatmilk for both sweet and savory recipes.”

Including the plant-based chefs marks a substantial shift in the fine dining food scene as well. Upscale dining is also moving toward more plant-based foods as consumer demand makes it impossible for any chef to avoid innovating their menus. The Michelin organization revealed that it already awarded 81 Michelin stars to vegan and vegetarian restaurants throughout this year. Alongside Ramsay, esteemed chefs worldwide have started incorporating plant-based dishes as more consumers become concerned about sustainability and health, and plant-based cooking takes up more of the spotlight.