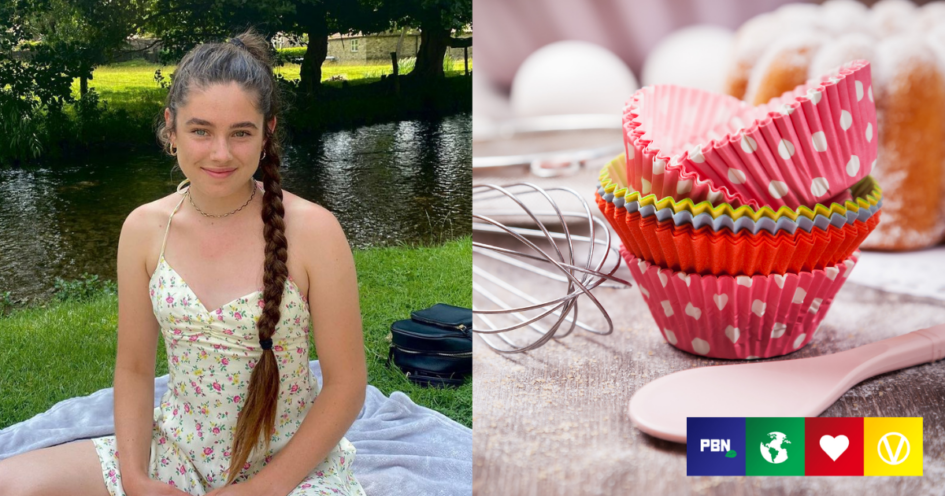 Hit UK cookery show, The Great British Bake Off, is welcoming a vegan contestant for the first time ever.

Nineteen-year-old Freya Cox revealed she is ‘genuinely blessed’ to share her passion for vegan baking on this year’s program.

Cox will feature alongside 11 other contestants in the news series on Tuesday, September 21, which challenges baking fanatics to show off their skills in weekly episodes. It will screen at 8pm on Channel 4.

The model and student is the first ‘fully vegan’ baker to feature on the series. Moreover, she is also this year’s youngest.

She told Channel 4 that she’s a ‘massive perfectionist’ and loves creating ‘intricate details’.

And while the show has included vegan challenges and dairy-free weeks in the past, recipes free from animal products are rare in the TV show’s history.

Many welcomed the move on social media. They’re glad that the show – which has run for over a decade – had ‘finally’ adopted a vegan baker.

Back in 2018, the show featured its first-ever vegan week, which involved challenging contestants to cook meringues, tarts, and a tiered cake without dairy.

When the news was announced, co-host Paul Hollywood said: “We wanted something different and something to represent what was happening in this country. Veganism is something that seems to be growing. That’s why it is in.

“If you are a vegan or you’re thinking about it and are just worried about how it is going to change your life, watch it and see. It fascinated me, totally … shocked me as well.”