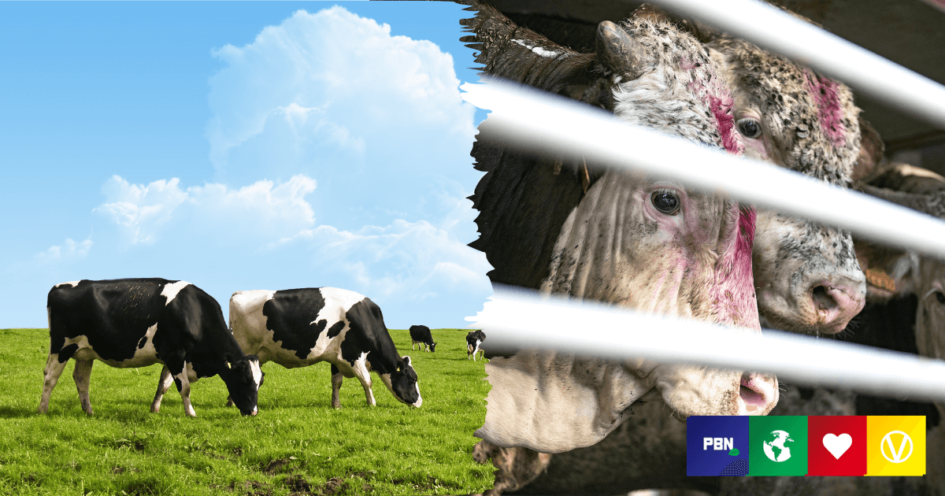 Global campaigning network Greenpeace has spoken out about the environmental destruction caused by animal agriculture. Chiefly, the meat industry’s efforts to gloss over sustainability concerns by pumping millions into marketing.

Greenpeace, which operates in more than 55 countries, took to social media to start dialogue about the issue.

“Care for some lies with that steak?” Greenpeace wrote to its 3.9 million Instagram followers.

“The world of meat marketing is a happy place. It’s dominated by the color green and populated with idyllic farmhouses and free-range animals on lush pastures. However, behind this carefully constructed dream the meat industry is selling us, lies a different reality: from climate change to forest fires to human rights abuses, the global industrial meat industry leaves a trail of destruction all over the world,” the organization wrote.

The post coincides with the release of a new study by Greenpeace Denmark. The paper found that major players in the animal meat industry are centering their marketing campaigns around seven “myths.”

Companies are leaning on other false statements too, including: “meat is part of the climate solution, not the problem,” “eating (red) meat makes you more of a man,” and “good women prepare and serve meat to their family.”

Greenpeace points out that these myths often target vulnerable groups, such as children who may not yet have the ability to appropriately filter the messages they receive from advertisements.

Further, young adults navigating sexual identity and parents attempting to do the right thing for their children are also the targets of such marketing ploys.

And these strategies are not new. “The marketing playbook used by the meat industry is no different from the one deployed by the tobacco or alcohol industries in the last decades,” Greenpeace wrote.