Grubhub: Impossible Cheeseburger is the Most-Ordered Food of 2021 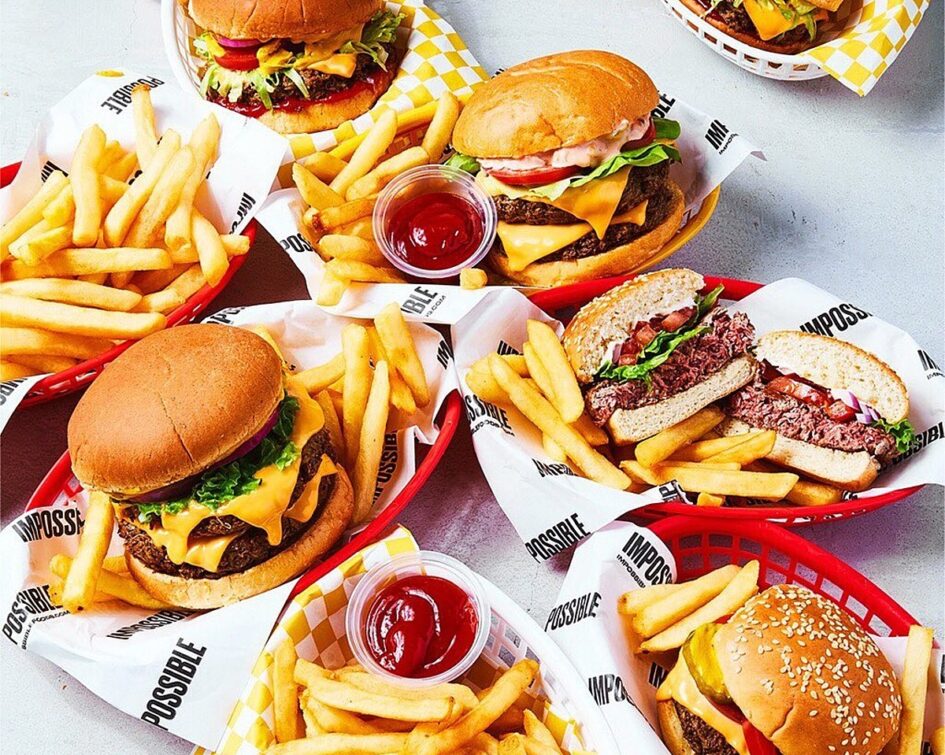 Grubhub just revealed that the Impossible Cheeseburger ranked as the most-ordered food item for 2021. The online delivery service released its 2021 “Year in Food” report to examine the delivery trends of consumers nationwide. The report showed that the Impossible Cheeseburger – a meatless patty often served with dairy-based cheese – increased in popularity by 442 percent, solidifying its position as Grubhub’s most order food item.

Delivery services became essential during the COVID-19 pandemic lockdowns as consumers everywhere looked to support the business during the pause of in-person dining. Now, 60 percent of consumers claim to order take out or delivery at least once a week. Coinciding with this rise, the Grubhub report found that the overall vegan order rose by 16 percent. The report indicates a massive increase in plant-based interest across several food categories.

“We’ve seen a strong and steady demand for vegan and vegetarian orders in the last few years, but this is the first time a plant-based order has dominated the Top Foods list for both State of the Plate and Year in Food in the same year,” Senior Associate at Grubhub Demarquis McIntyre told VegNews. “We expect to see plant-based orders continue to rise in popularity in 2022 as plant-based foods become more accessible and we move away from the comfort food trend that was popular on Grubhub last year.”

Beyond the Impossible Cheeseburger, Grubhub also noted several “Best of Grubhub” restaurants, dishes, and cuisines throughout the report. Grubhub announced that the Brooklyn-based Heartbreakers ranked first for its vegan chicken wings. The report also extended this search to find the top vegan order per state. The delivery company found that California, Florida, Texas, New York, and Georgia were the top five states for vegan ordering.

Founded in 2011 by Patrick O. Brown, Impossible Foods set out to produce plant-based alternatives for all animal-based meat categories. The company’s signature plant-based burger can now be found at nearly 40,000 restaurants globally, available across Grubhub and other delivery service platforms. The Grubhub report showcases the quick growth that the plant-based industry has seen.

“We see this as a demonstration of how quickly consumer attitudes can shift away from animal-based meat when you truly get the product right,” an Impossible Foods spokesperson told VegNews. “What we set out to do was not to build a delicious plant-based patty, but rather to develop a technology platform capable of replacing animals in the food system. Now, we’re delivering products that consumers consistently prefer and actively seek—a strong indication that we’re making progress towards our mission.”

“Mirae Asset is excited to double down on the team at Impossible Foods as they continue transforming the global food system,” President of Mirae Asset Global Investments Thomas Park said. “It is important to us to partner with true innovators like Impossible Foods’ CEO Pat Brown and supports the entire Impossible Foods team as they work to solve one of the most critical challenges facing our planet — climate change.”