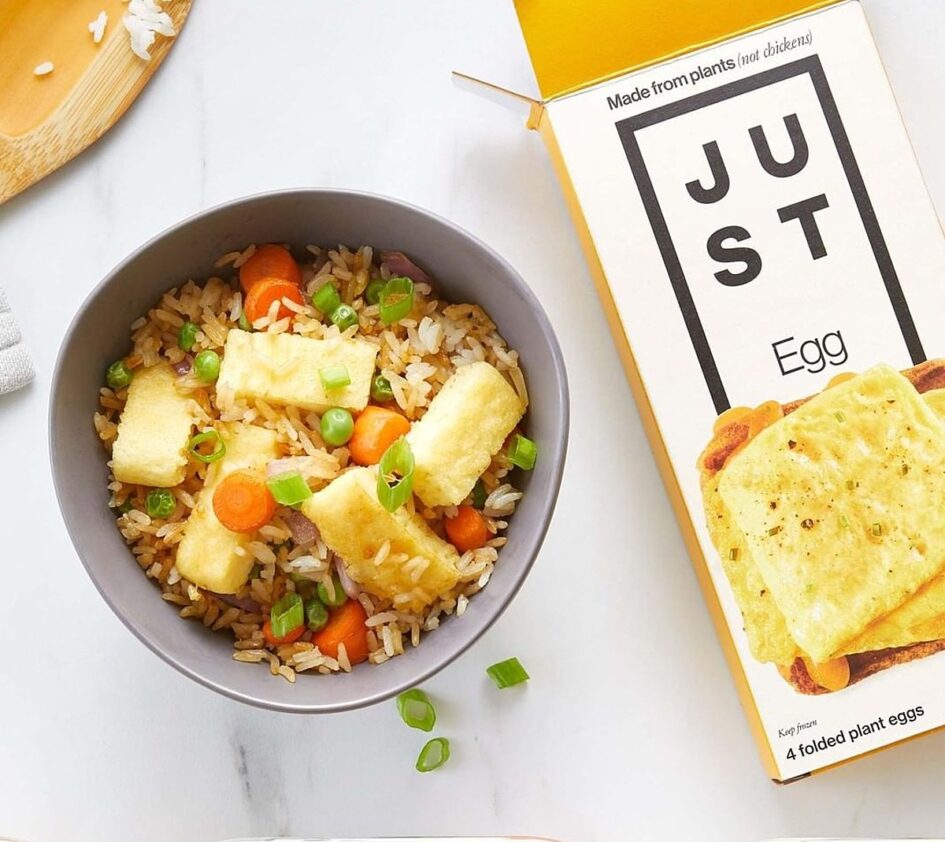 With plant-based sales predicted to reach 162 billion by 2030, a new study researched which companies currently dominate consumer interest. A report from Maxima Kitchen Equipment revealed what vegan brands have the most Google searches worldwide. The study tracked consumer interest, the rising demand, and how these searches reflect plant-based market trends.

“As vegan, vegetarian, and flexitarian diets increase in popularity and become ever more mainstream, it’s fascinating to see which vegan brands are the most searched in the world, as well as which brands dominate in each country. The popularity of brands like Beyond Meat and Quorn shows our interest in plant-based meat, while the prevalence of Oatly and Alpro reflect the increasing demand for dairy alternatives”, a spokesperson for Maxima Kitchen Equipment said.

The Bloomberg Intelligence report released earlier this year claimed that the plant-based food market would grow 450 percent within the next decade. As the market rises, several companies will experience significant growth as well. Consumer interest is shifting the market towards plant-based alternatives across all food categories.

“Food-related consumer habits often come and go as fads, but plant-based alternatives are here to stay – and grow,” BI’s Senior Consumer Staples Analyst Jennifer Bartashus said in August. “The expanding set of product options in the plant-based industry is contributing to plant alternatives becoming a long-term option for consumers around the world.”

The Maxima report provides insight on the companies that will most likely see similar surges in profit and market presence. Beyond Meat is the most popular vegan brand with nearly five million searches per year. Here is the list of consumers’ most searched plant-based brands.

Beyond Meat is leading the vegan market shift, catching the attention of nearly triple the average searches for all seven brands. The plant-based pioneer receives nearly 422,000 searches a month. Over the last year, the company has enhanced its product line, debuting a vegan chicken tender alternative that is distributed among 400 restaurants. The company expects further expansion into the future, recently filing for 109 trademarks including Beyond Crab, Beyond Milk, and Beyond Eggs. With the most searches in the world, the plant-based giant has the attention of consumers worldwide as it continues to amplify its product line.

Plant-based milk giant Oatly stole the audience’s attention during the 2021 Superbowl with its off-key jingle. Since then, the company entered further into the international spotlight, expanding its distribution and its production capabilities. Currently, Oatly comes in second, garnering 200,000 searches a month, making up to nearly two million searches a year. In May, the company entered the stock market with an IPO goal of $1.65 billion. The company secured nearly $2.12 billion and now plans to build the world’s largest oat milk production facility in the United Kingdom, aiming to produce 300 million liters of oat milk annually.

Quorn entered the market in 1985, launching its signature mycoprotein products in the United Kingdom, and becoming one of the world’s first major plant-based companies. The international plant-based company gets nearly 95,000 searches a month, making it the third most searched vegan brand. Although a recognized brand in retailers worldwide, the meatless protein brand recently announced it would be increasing its market presence in the United States, entering the foodservice sector. The company is opening a culinary development center in Dallas, Texas to prepare for the restaurant debut of its vegan chicken products.

JUST Egg – the signature brand from the food-tech company Eat Just – ranks fourth with approximately 94,000 searches a month. The company gained notoriety for its plant-based egg replacer. The chicken-egg substitute innovated the plant-based egg sector, debuting its signature ingredient: the mung bean. JUST Egg’s parent company is currently preparing for a $3 billion IPO. The vegan company is also making waves internationally, recently releasing its products in South Africa and South Korea. The company intends to use this money to expand its production and distribution of both its signature vegan egg replacer and its cell-based meat brand, GOOD Meat.

https://followyourheart.com/
A trailblazer in the vegan dairy industry, Follow Your Heart is famous for its innovative plant-based cheese and its signature Veganaise. Founded in 1970, the plant-based brand has been at the forefront of the plant-based market for nearly half a century. The company comes in fifth place with 32,000 searches a month. Earlier this year, the famous brand was bought by French dairy giant Danone, increasing the company’s vegan food arsenal. Seeing the brand’s widespread popularity, Danone purchased Follow Your Heart to meet the demands of a growing population of plant-based consumers.

Top 10 vegan sweets to buy in the UK