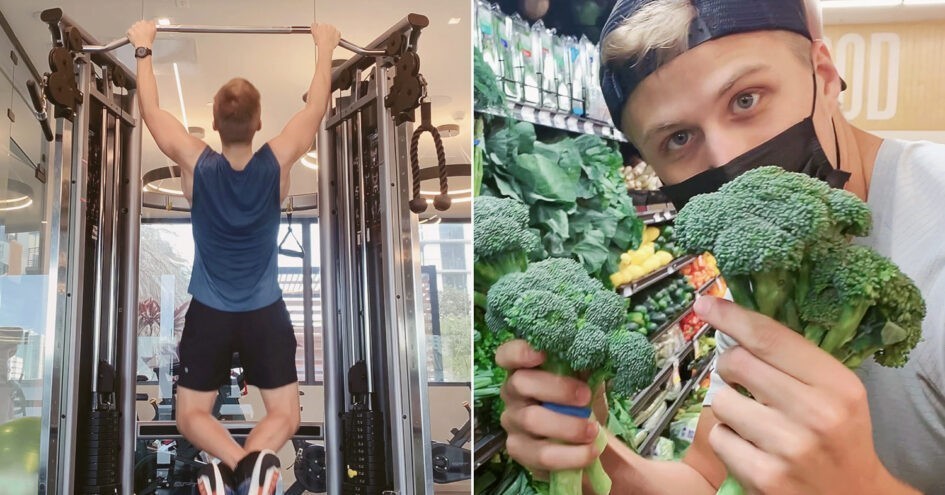 What happens when an endurance athlete goes vegan for 30 days? You’re about to find out.

From NBA All-Star Chris Paul to surfer Tia Blanco, now more than ever before, athletes are proving that peak performance can be achieved without consuming animal products. The 2018 documentary The Game Changers, produced by Academy Award-winning director James Cameron, tackles this issue in depth. It explores how athletes are able to compete at the top of their game without meat for protein.

Endurance athlete Ben Pflum, a South Florida native, says the film inspired him to incorporate more plant-based foods into his diet. “All growing up, I was a meat and potatoes guy,” he explains. “I believed you need animal protein to build muscle.” Pflum has had his eyes set on competing in Spartan Race’s Hurricane Heat outdoor challenge. According to the obstacle race’s site, the team-based event is “designed to take your mental and physical capabilities to new limits.”

With the help of his girlfriend, Kendall Atella, Pflum decided to tackle the course on a vegan diet. “I’m excited to see if going plant-based can give me the energy I need to succeed in this hard race,” he says.

“Eating plant-based is a whole new endeavor for me,” Pflum says. “And I want to be sure that I not only stayed healthy, but properly fueled myself for my upcoming race day.” So, he reached out to holistic nutritionist Dave Coast to guide him through his month of plant-based eating.

During his first meeting with Coast, done virtually over Zoom, Pflum lays out his concerns with going plant-based—namely, not getting enough protein.

“Plant-based eaters actually have a more optimal maco profile. I think the options are more limited in terms of what is available to eat,” explains Coast. “Reducing inflammation in the body is one reason we see athletes wanting to try it. You’re going to have a lot of healthy carbs. And you’ll have a much lower fat diet than someone who is eating a lot of meat.”

No meat, no problem

Pflum went from eating meat three times a day, seven days a week, to no meat at all. After just two weeks of eating plant-based, Pflum says he recorded his best Peloton workout ever. “Coincidence on plant-based? I think not,” he says.

Coast advised Pflum to ramp up his lean muscle tissue, so the endurance athlete decided to hit the gym even harder. And for some extra insights into training as a plant-based athlete, Pflum speaks with vegan Olympic gold medalist and Switch4Good founder Dotsie Bausch.

“People forget that training is damage. Training is not making you stronger, it’s the repair aspect, which food has so much to do with that actually makes you stronger,” she says.

On week three, Pflum decides to recreate one of his favorite meals: chicken alfredo. He whips up a vegan version using miso paste, nutritional yeast, and whole cashews. “Honestly, it tastes like the real thing,” he says after sampling a bite.

“It’s becoming clearer and clearer that a varied diet of whole food plants can, in fact, provide me with a lot of energy,” he continues. “I’m definitely feeling those effects.”

With only seven days left until race day, Coast gives Pflum a few final words of encouragement. “I’m really proud of your progress. Go get it. Go do it. And leave no gas in the tank. No plant-based gas; no fossil fuel gas in the tank. Just go,” he says.

Thirty days into his diet also marks race day, which Pflum says he feels confident about. He didn’t just complete all twelve hours of the grueling event—he finished with a perfect score, something only two people out of 40 accomplished. “The feeling of finishing and completing an event like that got me so pumped.”

With race day behind him, the true question remains: Does Pflum continue his plant-based journey?

“I was considering this question throughout my whole journey. And I had discussions with my girlfriend of what are we going to do, because it’s a journey that we kind of do together,” Pflum explains. “And we made the decision that  we are going to be plant-based past these 30 days. We love it that much.”

Veganuary Has Attracted Millions to Go Vegan for a Month. What Happens Next?