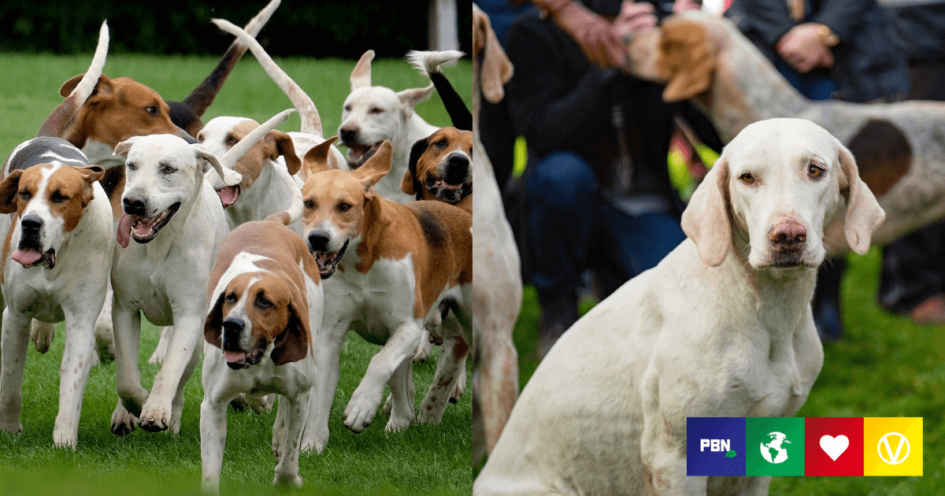 ITV News shared the videos online. The company claims it is the first time footage of a hunt shooting its hounds has been shown publicly.

Activists filmed the killings at the kennels of the Duke of Beaufort’s Hunt in Badminton, Gloucestershire over several months. This Hunt is one of the oldest and largest fox hunting packs in England. Hounds have been kenneled there since 1640.

The newly released footage shows four separate instances of dogs being shot since April. Two dogs were shot in the head on separate occasions. Another clip shows a sick-looking dog being carried onto the grass before being shot.

And in another, a dog is shot twice – three minutes apart.

The footage shocked viewers, however, the practice is not illegal. Hunting hounds can be killed if they are injured, unwell, or if they become too old to hunt.

And although retired dogs are allowed to be rehomed, they rarely are, according to the Duke of Beaufort’s Hunt.

The Hunt told ITV News that most of the dogs are ‘unsuitable’ for rehoming. This is because ‘they are not house-trained and have only ever been used to living in a pack environment’, the Hunt said.

“Where other options are not available, hounds are humanely euthanized. This is done by trained professionals using lawful and approved methods,” it added.

But not everyone agrees the protocol is humane.

Rob Pownall is the founder of Keep the Ban, a non-profit organization working to end wildlife hunting for sport.

Pownall said to ITV News: “It’s some pretty upsetting footage but this is commonplace for hunts across the country. This is not an acceptable way to end an animal’s life. These hounds suffered immense pain.

“The activities shown in the video aren’t actually illegal, but there’s no moral defense for what’s shown.”

Mike Jessop, of the Royal College of Veterinary Surgeons, said he did not believe the hunters were qualified to euthanize the animals.

After watching the videos, he told ITV News, “There was no evidence of [the huntsperson] being veterinary trained or veterinary surgeons. The lack of use of any veterinary equipment that one would expect such as stethoscopes to ascertain the dogs were dead was just lacking.”

He noted that even though the footage doesn’t show any illegal activity, he is concerned that the animals could be suffering after being shot.

“Because nobody is being careful enough in checking the dogs are truly dead,” he said.

“In one of the videos, the [hound’s] tail was still wagging very vigorously for quite some time, even when the dog was being loaded in the wheelbarrow. I would question, and be concerned, that that dog was still sentient, and therefore had the ability to feel pain.”

“I would hope that the procedure was being done by a veterinary surgeon in a more humane way, by use of lethal injection, rather than bullet.”