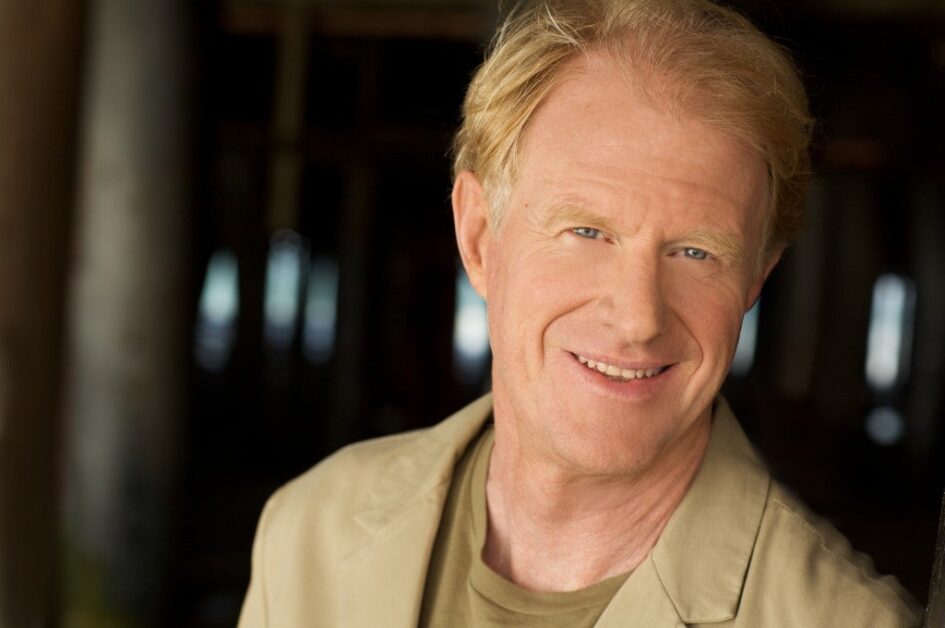 Ed. Note: This interview with Ed Begley Jr was originally published in March, 2014

Known to arrive at Hollywood events on his bicycle, Ed Begley Jr. is an indefatigable advocate for green living. Racking up film and TV credits including Curb Your Enthusiasm and Better Call Saul, the actor lives in a solar-powered home near Los Angeles; construction of his new, Platinum LEED–certified residence is chronicled on the Web series On Begley Street.

What came first, your being vegetarian or your activism on behalf of the environment, or were those linked?

They were linked. In 1970 I started doing a lot of things to save energy and protect the environment, and one of the things I thought would have the biggest impact was to eat lower on the food chain. And let me be honest, back when I started, it was very hard to be a vegetarian and travel around and do movies, so I ate fish a bit back in the seventies and eighties, and then I became a full vegan in 1992. I realized, this is easy now, there’s no problem anymore; you can be in Fairbanks, Alaska, or Prague in the Czech Republic, and you can get broccoli and veggie dogs.

What’s been your family’s biggest challenge in balancing comfort and consumption with sustainable living?

The biggest problem anybody has is when you’ve had a lifetime of other experiences. It’s hard for people to change. It is a challenge for my wife. My daughter has been on and off a vegan diet for a while, but she’s younger, so it’s easier for her to adapt and change and be open to trying something. I only cook vegan in the house, so my wife eats my food and lots of it. But when we go out she likes her chicken, she likes her fish. I applaud and welcome anybody wherever they draw the line.

If someone wants to green a living space, where would you suggest they start?

You start with a home energy audit. People regularly call me and say, “Ed, I want to put up solar, I’m ready, who should I call?” And I say, “Okay, take this down: Acme Home Energy Audit.” They say, “No, no, Ed, you misunderstand, I want solar.” I tell them, “I want you to get solar too. We’ll get you solar, but first you’re going to have a home energy audit.” Why? Because for every dollar you spend on energy efficiency, you’re going to save five dollars on the cost of your solar. They’ll look at your demand today, and they’ll say, “You need four kilowatts of solar, or five, but if you get the demand down, you only need two.” It’s going to be a lot cheaper system when you spend money wisely on energy efficiency. And the most important aspect of that is to do the stuff that costs the least amount of money first. Pick the low-hanging fruit: lightbulbs, weather stripping, an energy-saving thermostat. You’ll save a tremendous amount of money if you do these cheap and easy things.

You’re in the cast of the Amazon series Betas, set in the Silicon Valley startup scene. How do you see innovations in technology connecting with green living?

I’m a fan of technology up to a point. I think we have to use it carefully. There are people I know who are looking at their computers or their smartphones when they should be out in the hills hiking. But it was technology that let us know we had a real problem with air pollution. It told us, wow, you’ve got high levels of ozone and nitrogen oxide and sulfur dioxide and these fine particles that get in your lungs and really hurt you. And now what helps us clean up the air? Technology. Catalytic converters on cars, combined cycle gas turbines, all those things. Having said that, the other thing that helped us clean up the air was people simplifying their lives and going low tech in some cases: walking or riding a bike instead of taking a car, eating vegetarian foods—there’s no big technology involved in that. So there are lots of low-tech and no-tech ways to save energy, but I do not rule technology out.

What makes you optimistic about the environmental movement?

Our success stories. We’re talking about big-ticket items like L.A. air. L.A. air in 1970 was so polluted, you couldn’t see the mountain ranges if you were just a quarter-mile away from them in some instances. It was horrible, and that was just visible blight. [The smog] seared your lungs. It was killing young people and old people, and making breathing nearly impossible, with emphysema, asthma, all kinds of lung ailments. There’s a cost to that. People talk about the cost of cleaning up the air. What’s the cost of doing nothing? Tremendous health care costs that we all pay. So it was good business to clean up L.A. air. Because of that, businesses thrived. A few businesses left; many, many times more came to California with clean technology and also the knowledge that it’s a good place to live. With millions more people and four times the cars, not only did we hold the line, we’ve pushed that line back.

[Living sustainably] has also been good for my economic standing. I can retire now, not because I’ve made so much money as a movie star. I’m not a movie star; I’m not a leading man. I’m a supporting actor. But the main thing is, I don’t have many bills. My electric bill is nonexistent; my natural gas bill and my water bills are extremely low. I grow a lot of my own food, etc. I could go down the list of the green choices I’ve made—they’re all good for my bottom line.

RELATED: How a Reality Show About Activism Backfired with People Actually Improving the Planet