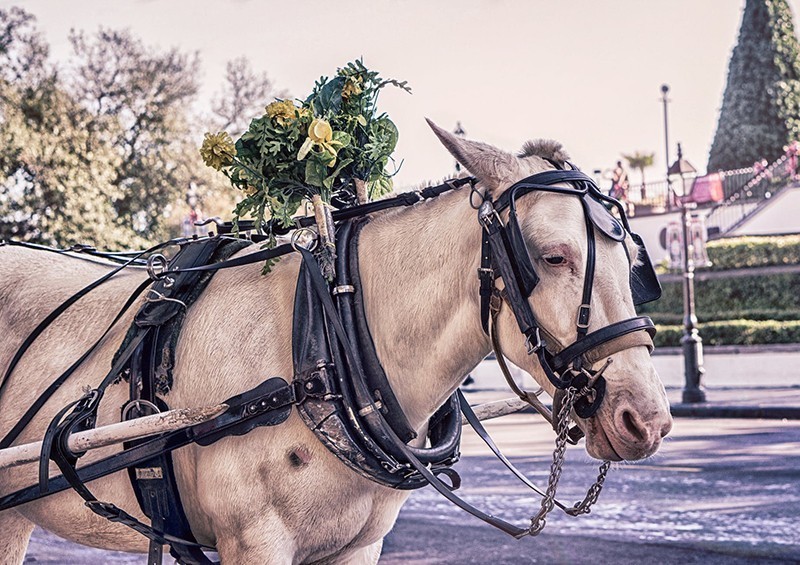 Emaciated and covered with sores, a horse named Michelle was still forced to haul loads of tourists in New York City’s sweltering heat. Countless troubled residents and visitors reported her deteriorating condition to local authorities, but their concerns were ignored and she was forced to continue pulling a carriage for at least a week.

Predictably, a representative for the carriage union dismissed all the eyewitness evidence and claimed that everything was fine, even though Michelle was reportedly pulled from service as pressure mounted.

The time to ban horse-drawn carriage rides is overdue. Laws regulating the carriage trade have long failed horses, many of whom have suffered and died. New York City’s police and health departments don’t have the resources or inclination to monitor the conditions under which the horses are made to work on a routine basis or make sure regulations are being followed. Meanwhile, carriage operators fight and flout every rule put in place to protect the horses and the public.

PETA joined New Yorkers for Clean, Livable, and Safe Streets (NYCLASS) and other local advocates to call on the city to put an end to the cruelty. Treating horses like machines is a speciesist mindset that must end. Horses are social animals who use 17 facial expressions to communicate with one another. They prefer to spend their time grazing in meadows, roaming at will, playing, and courting.

One administration after another has failed to take decisive action, but the horses can no longer wait. Please urge New York City Council Speaker Corey Johnson to lead the council to ban horse-drawn carriages without delay.