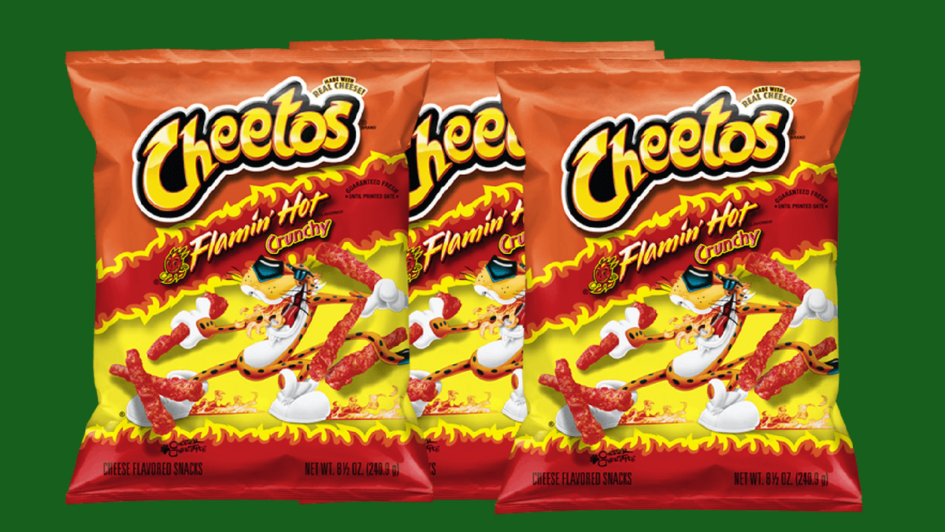 TikTok has inspired us to try some some pretty quirky foods over the the last couple of years, but the latest viral recipe might be one of the oddest yet. A Flamin’ Hot Cheeto salad created by user @rxthism has swept through the popular platform.

So, what exactly is a Hot Cheeto salad? @rxthism makes hers by putting what looks like about two cups of whole Flamin’ Hot Cheetos in a bowl, then topping it with fresh cilantro leaves, a couple cups of chopped cucumber, several dashes of Tapatío hot sauce, and a generous squeeze of plastic-lemon-bottle lemon juice. She then tosses them together with a spoon and digs in. The results, she declares, are “bussin bussin” (which is a compliment).

Day 10 trying to get @spicekingcam to try my salad 🥗🔥

Reviews from people who have tried it for themselves have mostly been positive, though several suggest switching the bottled lemon juice for fresh. Some also say they add avocado for a cooling, creamy texture. At least one commenter, however, does ask the same question we have which is, is it really a salad? What does salad even mean?

TikTok Ruth is not the first to combine the flavorful, crunchy snacks into a salad. The website Pop Sugar created a very different version of Hot Cheeto salad all the way back in 2014. For their spin, they pulverize the Flamin’ Hot Cheetos in a food processor before using them to top a kale-apple salad. The visual impact of the flaming red-orange crumbles atop the dark green kale is certainly striking – though it feels a little restrained in comparison to eating whole Cheetos with a spoon.