How are Quorn’s vegan nuggets different from the original? 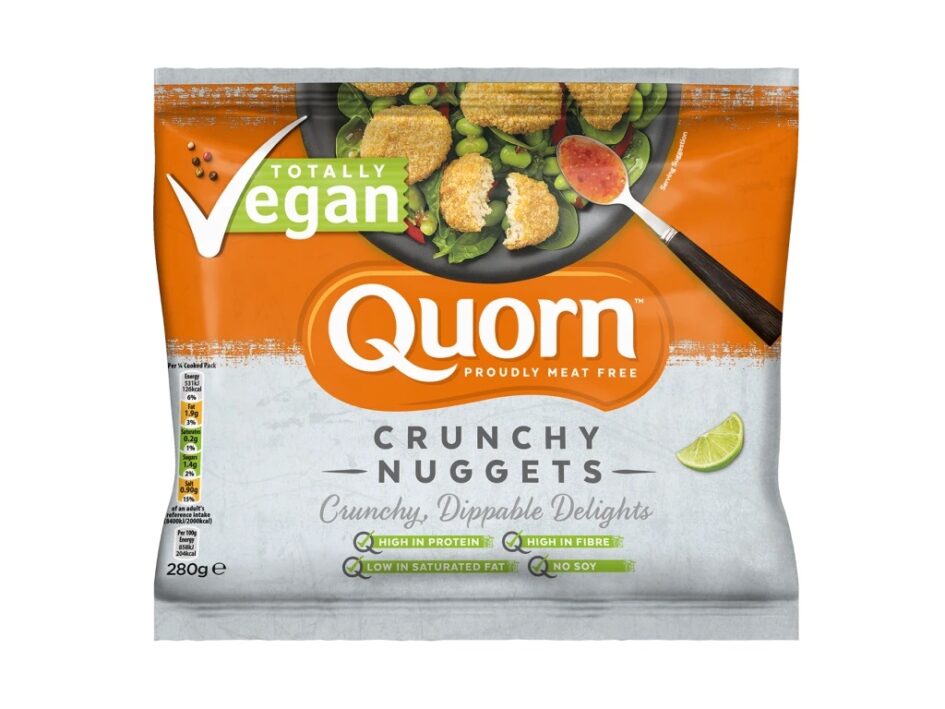 Quorn launched its vegan nuggets in 2016, but how are they different from the original, vegetarian Crispy Nuggets?

As one of the world’s foremost meatless companies, Quorn launched its vegan range in 2015. A year later, following growing demand, the company unveiled its vegan nuggets, which have proven to be one of its most popular plant-based meat products.

A lot of the ingredients are the same, albeit in different concentrations. Notably, mycoprotein, Quorn’s fungal protein, is present in a much higher concentration in the vegan nuggets than the vegetarian ones.

Read our exclusive interview with Quorn about its plans this year.

Clearly, a higher number of flavour smokescreens to achieve those classic chicken nugget notes. Naturally, the increased mycoprotein also means the vegan nuggets are higher in protein content than the vegetarian ones, despite the presence of eggs and milk.

A 100g serving of the vegetarian nuggets contains 9.4g of protein, while the same amount of their plant-based counterparts boast 14g of it. The vegan version is also higher in carbohydrates — 22g to the vegetarian’s 17g — and energy — 992kJ versus 795kJ.

Interestingly, the vegetarian Quorn nuggets are lower in fat and saturated fat (8.3g and 0.8g respectively) than the vegan ones (9.1g and 1.5g). But while the salt content is the same at 1.2g, the plant-based nuggets are higher in fibre (6.7g) than the original nuggets (4.5g).

So, more wins for Quorn’s vegan nuggets. Finally, the other difference is the cooking time. The vegetarian nuggets take 15 minutes in the oven, while the vegan ones take 18.

Check out our list of the best plant-based nuggets in the UK.

Try This Recipe With The New Quorn Vegan Sausages