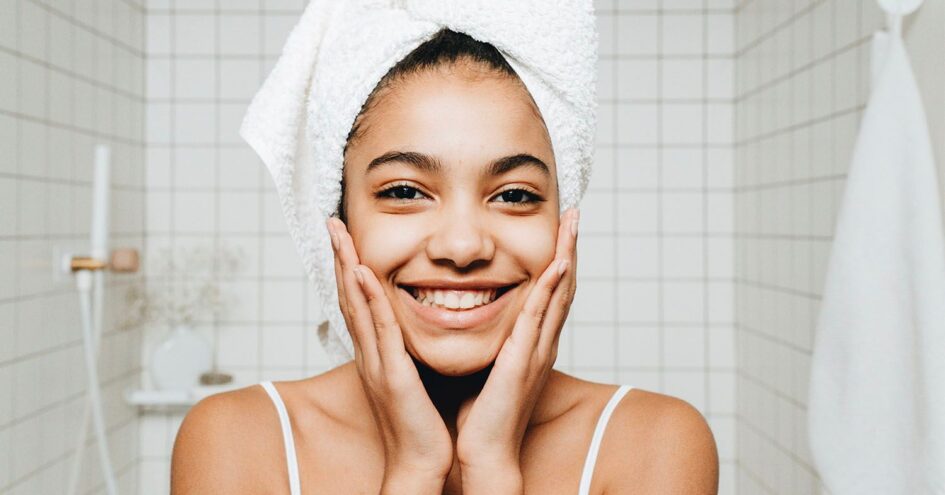 When startled, a silver carp can dive 10 feet out of the air, frightening boaters, swimmers, skiers, and anyone else who happens to be on or in the water. For that reason, many consider them a nuisance and a hazard. For others, the fish is a conservation hero. (In 2009, thousands were released into China’s fragile Yangtze River to restore balance in the ecosystem.) But for some, silver carp are neither a danger nor an environmental savior—decades ago, the species presented a golden ticket scientific opportunity for researchers at Gdansk University.

Back in the 1990s, Polish chemists removed collagen from silver carp skin. Their groundbreaking research led to new methods of collagen extraction, and ultimately, the widespread use of the protein as a highly effective, skin-firming cosmetics ingredient. Just three decades on from their pioneering research, collagen in the global beauty industry is worth billions of dollars.

Why the fuss about the fish? Building a collagen beauty market

Collagen is the human body’s most plentiful protein. It’s often referred to as our glue, because, essentially, it holds us together. “Collagen is mostly found in our skin, ligaments, bones, joints, teeth, and in the GI tract as well. It’s basically a support structure that keeps the skin firm,” explains dermatologist Dr. Hope Mitchell. “It is stronger than steel.”

As we age, our collagen production slows down and our skin loses elasticity. To combat the signs of aging, many seek out collagen in skincare products and supplements, perceiving them as a kind of fountain of youth. To give you an indicator of just how sought-after it is: the global collagen industry is predicted to be worth more than $16 billion by 2028.

Collagen is not just sourced from fish, it’s taken from bovine and porcine sources too. But marine collagen is widely considered the most effective. Due to the smaller size of the particles, fish collagen can be absorbed up to 1.5 times more efficiently into the human body. (These days, freshwater fish, like shark catfish and tilapia, are the most common marine collagen sources.) Bovine, however, is also common in the collagen industry, because it’s cheaper. For the most part, it’s a byproduct of the livestock industry, taken from leftover cow skin and bones.

The consequences of society’s obsession with ‘anti-aging’ products

The collagen craze is no surprise: society is obsessed with anti-aging—even if it means slathering fish or cow innards on our faces. The term itself is controversial. In 2017, beauty magazine Allure banned it from its pages, with former editor Michelle Lee claiming that using it meant “subtly reinforcing the message that aging is a condition we need to battle.” After all, not everyone grows old. And getting to do so is, in fact, a privilege that should be celebrated. But whether you agree with using the term “anti-aging” or not, there is no doubt that the industry targeting the reduction of wrinkles with moisturizers and serums is accelerating. By 2030, it’s predicted to exceed $422 billion.

While it seems like a fairly modern concept, helped along by social media and celebrity culture, humanity’s obsession with looking eternally young goes back thousands of years. During the Tang Dynasty (618-907), for example, imperial consort Yang Yuhuan was considered one of China’s great beauties. She too opted for anti-aging remedies, regularly consuming donkey hide collagen in soup form, known as Eijao, under the belief it would keep her skin glowing and youthful.

Centuries later, the demand for collagen isn’t going anywhere. But with a market this size, there are ethical complications to consider. Silver carp may be seen as a nuisance, but they do feel pain. As do cows, yak, bison, pigs, and all other animals used for their bones. And there’s a massive problem in terms of sustainability too. According to the United Nations, animal agriculture is responsible for 14.5 percent of global greenhouse gas emissions. It’s also a major contributor to other environmental issues, including soil erosion, deforestation, and ocean dead zones.

The animal-free, sustainable future of collagen

But back in the lab, scientists are making significant progress on Gdansk University’s nineties breakthrough. And it looks like the collagen of the future may not come from animals at all.

In 2019, California-based biodesign company Geltor launched HumaColl21—a form of animal-free bioidentical human collagen—for use in the skincare industry. Produced through plant-based bacterial fermentation, HumaColl21 (ingredient name sh-Polypeptide-121) does everything animal-derived collagen does, without going anywhere near a living creature. “It’s an exact match to a form of collagen naturally produced in the human body,” explains cosmetic chemist Kelly Dobos.

This year, it’s available in the North American skincare market for the first time. (While collagen can be consumed via supplements, Dobos and Mitchell agree that topical application is more effective. “It gets into the dermis and stimulates the fibroblast, the most common cells in our connective tissue, to produce collagen,” explains Mitchell.)

Orora Skin Science uses HumaColl21 in two of its beauty products. And for chief product officer Leslie Iddison, the ingredient’s sustainability and vegan credentials meant choosing it over conventional collagen was a no-brainer. She said: “It not only proved in clinical trials to have amazing results, but it’s ethical and leaves our environmental resources intact.”

For Orora CEO Peter B. Lee, it was the scientific progress—similar to that currently being made in the plant-based food industry by brands like Beyond Meat and Impossible Foods—that drew him to Geltor’s creation. “We took a hard look at the skincare industry,” he said. “And we realized that we could be the catalyst for a similar revolution.”