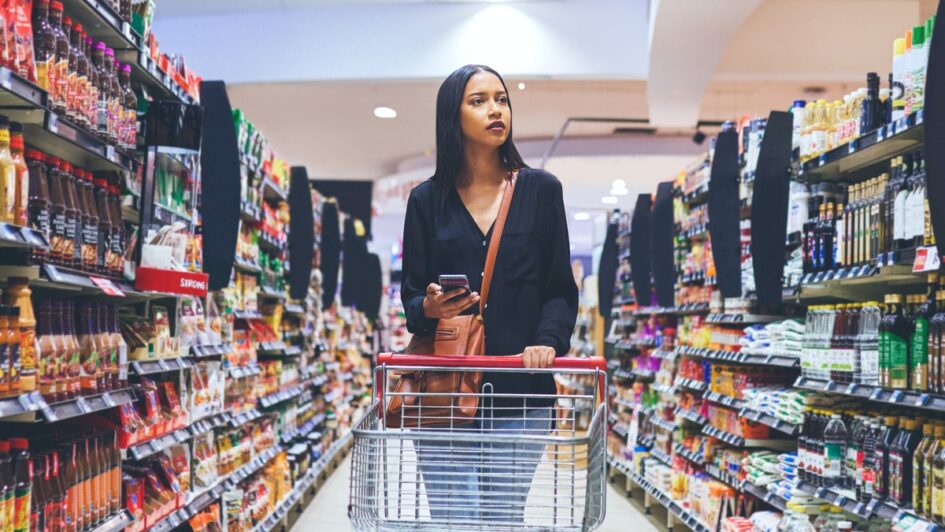 It’s midday and my cramped kitchen is filled with a conga line of remote-working and unemployed flatmates waiting to cook. Unless I want fries or limp salad for lunch, my nearest vegan option is some empanadas a 20-minute walk away. I’ve been postponing lunch in the hope that left-overs will mysteriously appear in the fridge, and now there’s a hangry urge in my step. Finally, I head out to the empanada shop, but despite its advertised opening hours and the highest hopes of my stomach, it’s closed.

It’s three more blocks to the next place with a plant-based option, a fried vegetable sandwich on soggy white bread with nary a protein in sight, or another ten minutes to a vegan cafe. My heart sinks: this “quick” lunch break will be anything but.

A glance at Facebook groups suggests I’m not alone in my frustrations. One post is by a mother who is intolerant to soy, scraping a living as a delivery driver and trying to study. Another is asking anxiously about the emotional impact of going vegan.

But as some of us vent about the challenges of accessing wholesome, vegan food when we’re exhausted by work, studies, parenting, more work, and the psychological toll of the pandemic, the same responses seem to pop up every time. Why don’t we make twenty lentil burgers from scratch on our day off? Why don’t we take a detour to the health food shop?

Advocates of the “it’s only” stance usually mean well, but their zeal often carries with it a whiff of toxic positivity – and assumes a lot about how other people live.

“It’s only” veganism doesn’t account for complex structural factors that mean this diet isn’t equally accessible or convenient for everyone. While some of us can roll out of bed and land in a pool of coconut aminos, approximately 23.5 million Americans live in neighborhoods that lack access to supermarkets, according to a 2017 USDA survey. Often called “food deserts” or areas experiencing food apartheid, these districts are disproportionately inhabited by low-income and BIPOC communities. And, while not everyone who lives in them struggles to access food, the problem hits marginalized groups such as disabled people particularly hard.

Living far from the soothing chill of your nearest produce section isn’t the only difficulty. When I told friends about this essay, I received a flood of comments from parents exhausted by the nightly dinner-table stand-off with fussy young children.

Diana Caulfield, a librarian who is raising a toddler and a six-year-old, is put off a plant-based diet by the added housework and cost. “I’ll just end up having to cook two separate meals, one for me, one for the rest of the family,” they said. “That’s adding work and costing more, because you don’t get the same economies of scale when buying smaller portions of everything.”

While it’s possible to raise children on a plant-based diet, it means convincing the entire household, adding another layer of complication and emotional labor – one which in many cases falls on women.

“Veganism is easier for a single person because you don’t have to factor in buy-in from picky kids and partners, more time planning meals, shopping and cooking, or greater expense,” Caulfield said.

Allergies to a few common ingredients can make the task exponentially harder, too. In my local supermarket, almond milk is a luxury item that’s almost twice the price of soy milk, creating a quandary for those who can’t eat soy. They could make plant milk at home, but that puts us back into “it’s only” territory. What’s more, soy and almond milk are among the only plant-based products in the entire store to contain vitamin B12.

“When we make everything about someone’s individual consumer list instead of a broader political movement for animal liberation, we end up being incredibly insensitive to people who may have issues around food security, or health issues or disabilities that make it next to impossible to be fully plant-based,” says the veteran animal rights activist and Vegan Vanguard podcast creator, Mexie (for privacy reasons, she doesn’t share her real name online).

To end animal exploitation, vegan activists need to think in terms of the massive industrial, economic, and social structures that shape what we eat, she argues. “It’s an issue that we can’t solve by telling people how they need to consume because it’s not systemically possible.”

“It’s only” vegans seek perfect harmonization of principle and practice by urging others to expunge every last guilty pleasure and additive of dubious provenance. But even if we achieve this, we might still be supporting animal agriculture, because it is often financed by counterintuitive or even paradoxical mechanisms.

For instance, Mexie points out that the growing popularity of plant-based diets doesn’t translate to a significant, immediate reduction in the killing of animals. Even if we consume no animal products at all, a chunk of our income still supports factory farming because the government subsidizes the industry with taxpayer dollars. So, what can we do?

Mobilizing to make equitably-produced, locally-grown fruit and veg available in food deserts would arguably do more to end animal exploitation than arguing online about whether to shun a biscuit for containing trace quantities of polyglycerol polyricinoleate.

In Argentina, for example, the Union of Workers of the Earth (UTT) sells and donates low-cost vegetables produced without toxic agricultural chemicals. This not only makes healthy produce available to the poor in the concrete thickets of inner Buenos Aires, it also creates a sustainable alternative to the exploitative middle men and mega-companies of industrial agriculture. Its model, known as agroecology, is rapidly gaining traction in the region. Mexie points out that in the future, cities themselves could produce more food by incorporating features such as vertical gardens. In the meantime, we can do worse than getting involved in our local urban gardening projects.

She also highlights the importance of lobbying governments to stop supporting harmful, loss-making factory farms with tax dollars. But ultimately, these are complex, systemic problems that require big, coordinated solutions.

This means acknowledging that, while our own plant-based diets and individual philosophies of veganism are a deeply personal decision, policing exhausted mothers and people living with food insecurity is not the answer. The UK’s Vegan Society defines veganism as “a philosophy and way of living which seeks to exclude — as far as is possible and practicable — all forms of exploitation of, and cruelty to, animals for food, clothing or any other purpose”, wording that recognizes that we are, after all, only human.

“There are so many issues people can run into that mean they can’t consume plant-based all the time,” Mexie said. “To a lot of people, that means you’ve revoked your vegan card. And who is that helping?”

RELATED: Haile Thomas Wants to Share the Joy – and Power – of Plant-Based Eating