How Scientists Are Genetically Modifying Potatoes To Cope With Climate Breakdown 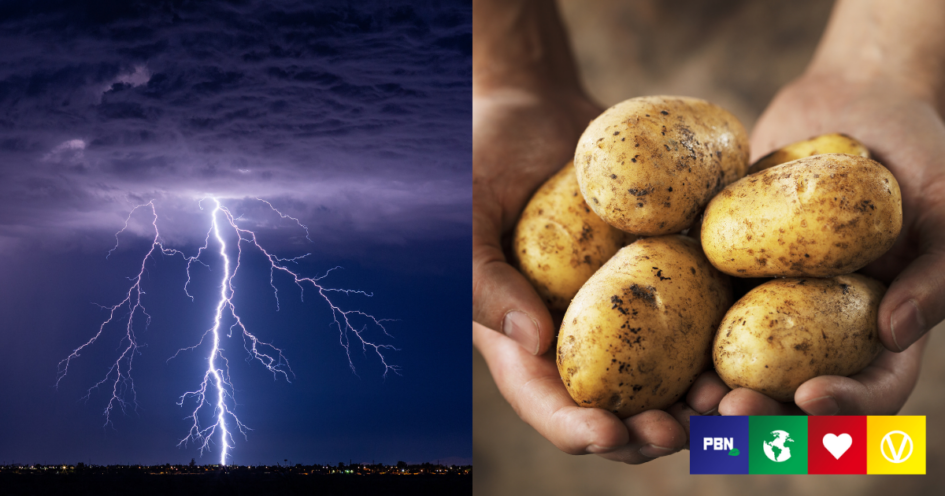 Researchers are working on producing potatoes that are “resistant” to climate change.

The University of Maine revealed it is working on developing the starchy vegetable so that it can withstand changing weather conditions, which are part of global climate breakdown.

One news outlet has even described it a “super potato,” and it follows years of dedicated research involving genetic modification.

It comes as scientists around the globe are scrambling to mitigate crop damage in the glow of horrifying biodiversity predictions.

For example, just last month The National Aeronautics and Space Administration (NASA) unveiled a report stating that the production of corn and wheat will be detrimentally affected as early as 2030.

Scientists found that it is temperature increase, rainfall shifts, and elevated CO2 concentration that is affecting it. And human-caused greenhouse gas emissions too.

Greg Porter is a professor of crop ecology and management at the university. In a press statement, they said: “The predictions for climate change are heavier rainfall events. And potatoes don’t tolerate flooding or wet conditions for long without having other quality problems.

“If we want potatoes to be continued to be produced successfully in Maine, we need to be able to produce varieties that can be resistant to change.”

Researchers at the university have also stressed the need to breed a potato that can better cope with pests, such as the Colorado potato beetle and aphids. These bugs are reportedly “thriving” under the changing climate.

The main focus of the work is to combine the desired characteristics of a host of potato varieties and lengthen the growing season.

Porter told the Bangor Daily News that this is a “really hard” process. This is because it involves a decade of selection, and can take between two and five years to release a new variety.

Scientists Use Algae to Develop Cultivated Seabass Fillet Without Bones

Biden Wants to Cut Cancer Deaths in Half; PETA Scientists Show Him How