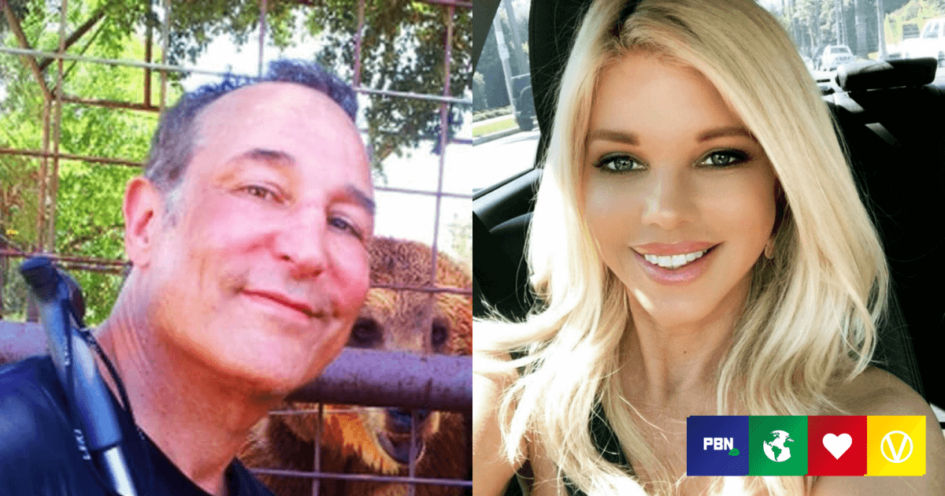 In a recent interview, former Baywatch star Donna D’Errico touted the benefits of a plant-based diet. She also revealed that the late Sam Simon, co-creator of The Simpsons, was the one to convince her to go vegan nearly a decade ago.

D’Errico explained to Fox News that she was “in the dark ” about the reality of the meat industry until she met with Simon. Simon, who was also a vegan, was interviewing her for a podcast.

“We were chatting and then he asked me if I was vegan,” the former Playboy model said. “I grew up in Alabama and Georgia. We had barbecues, chicken, steak, venison – all kinds of meat. So he stopped the interview. And he said, ‘Would you be willing to go in the next room and watch a video?’ I thought to myself, ‘This is Sam Simon.’ And I really respected him. So I said sure.”

In another room, Simon showed D’Errico undercover footage of a factory farm. The footage brought the entertainer to tears.

“At that time, I had no idea there were factory farms or what they were. I didn’t know what conditions these animals were in before they ended up on our plates and in grocery stores. I lived in the dark,” she said.

“I told him I was never going to eat meat again. He said, ‘Well, great. Let’s finish the podcast.’ And we did. But from that point on, I didn’t need meat anymore.”

Simon had been vegetarian since he was 19, and became vegan when he joined PETA around 20 years ago. Prior to his death in 2015, Simon worked alongside the animal rights charity to rescue an abused elephant, send captive chimpanzees to a sanctuary, and find homes for hundreds of chinchillas, a camel, and a bull.

Eight years after ditching animal products herself, D’Errico has experienced various “happy benefits.” “Clearer skin, better digestion, better sleep – but that’s not why I do it,” she said to Fox News. “I do it for the animals.”

The 53-year-old assured that it’s “so easy” to make the change, and encouraged people to give it a try.

“The vegan alternatives for meat and cheese are so much better now than they used to be,” D’Errico said, later mentioning Impossible Foods’ plant-based meat as a stand-out.

“And you don’t miss it. It’s so easy to switch over. But if it’s too hard to do that, try it in baby steps like with meatless Mondays. Take a week at a time. There are so many tasty alternatives out there to make it easier. And before you know it, you won’t miss it,” she reiterated.

Her concern for animals doesn’t stop at the dinner table. D’Errico has used her platform to campaign against the dog meat trade and poaching.

She is also a strong believer in the importance of adopting rescue animals, not buying them.

“I recently adopted a dog – he’s deaf, has a bum leg and no teeth – but he’s the sweetest dog in the world,” the actor said. “He sleeps with me every night… I think more and more people are becoming aware of animal cruelty and getting outraged by what’s still happening. I just hope I can enlighten people.”