How sustainable were the Tokyo 2020 Olympics? 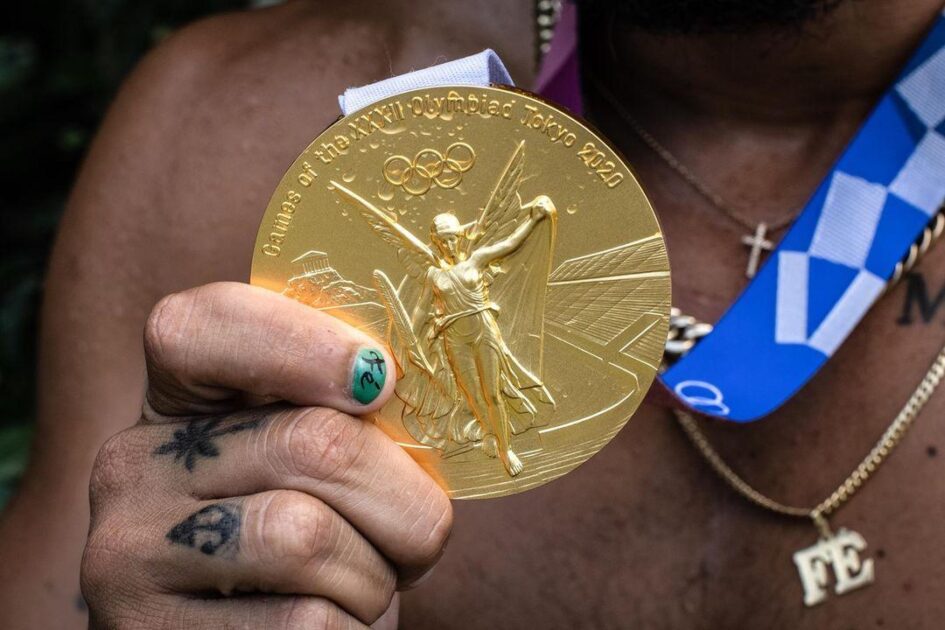 Sustainability was said to be at the forefront of the 2020 Tokyo Olympics, but many have accused its organisers of greenwashing and superficiality.

According to the organisers of Tokyo 2020, the Olympics this year aimed to focus on five goals in its sustainability policy. Among these were the aims to be carbon-neutral and run solely on renewable energy.

Further, as part of a wider sustainability initiative during the games, this year’s Olympic medals were made from recycled electrical equipment, like mobile phones. To create the 5,000 Olympic medals given in Tokyo, the Tokyo 2020 Medal Project collected 78,985 tons of electronic devices from throughout Japan.

According to Bass, Whales circulate important nutrients that encourage the growth of carbon dioxide-absorbing phytoplankton by feeding in deep water and defecating at the surface. “Their big bodies also safely lock away tons of carbon for hundreds of years when they die and sink to the bottom of the ocean,” she explains. ”Instead of blasting them with exploding harpoons, Japan should join the nations united in efforts to safeguard their populations and habitats.”

But Claire Bass, executive director of the UK branch of Humane Society International, condemns Tokyo’s attempt at being sustainable this year. She says: “The Japanese government is proud to be hosting the ’greenest Summer Games ever’, but looking beyond the podiums made of recycled mobile phones, we find a nation that continues to practice cruel, outdated and unsustainable commercial whaling.”

While she admits that Humane Society International commends Japan for its environmental achievements at the Games, like plastic waste podiums and recycled metal medals, it overshadows a larger problem. “As one of the few countries in the world to continue to engage in the cruel and unsustainable practice of commercial whaling, Japan can’t win gold for the environment until its commitments extend into the ocean too. Slaughtering whales not only causes immense animal suffering, but also kills some of our planet’s most important environmental guardians.”

Humane Society International UK, along with Whale and Dolphin Conservation, ORCA, the Environmental Investigation Agency, Four Paws, the Animal Welfare Institute, and Cetacean Society International, has written to Japanese prime minister Yoshihide Suga, Olympics Minister Tamayo Marukawam and ambassador to the UK, Hajime Hayashi, urging the government to stop the slaughtering of whales and demonstrate a commitment to the protection of cetaceans and their habitats.

Read our story assessing the sustainability claims of Euro 2020.

The letter advises: “We are at a pivotal moment in our global efforts to avert catastrophic climate breakdown, and high-profile, international events like the Olympics provide a vital platform to promote environmental protection. However, as Olympic hosts, Japan’s commitments on planetary protection need to extend beyond the National Stadium, beyond plastic waste podiums, recycled metal medals and sustainable athletic apparel.”

Sustainability consultant Kelly Levell believes that any action proven to be effective towards being more sustainable should be supported. “Tokyo’s sustainable actions, although they are not all yet proven to be effective, will at least inspire more cities to start thinking about ways that they can improve sustainability too,” she says. “Things such as using cardboard structured beds for the athletes that can be recycled after use are an example of how a creative idea can help to make a positive difference.”

While Japan is one of the top five most polluting countries on our planet, Levell thinks that the Japanese government does have good intentions: “It’s a given that a green capital adds value to your economy, and Tokyo is using green air conditioning, which is 40% less energy-hungry. It’s also utilising solar blocking paint to lower heat at road level by up to 8°C, which in turn creates better living conditions for citizens.”

She adds: “This improves their quality of life and the length of their working careers. These benefits could secure a more sustainable economy for the country for generations to come.”

Levell, however, thinks in order for the Olympics to be more sustainability-focused, underlying business models need to be restructured and then replicated on a global scale, in order to secure real sustainability of large-scale events like the Olympics.

Read our interview with US Olympic champion Dotsie Bausch on her campaign to make the 2028 LA Olympics plant-based.

As an example, she explains: “Hydrogen, which emits no carbon dioxide when burned, is being used as fuel for the torches and cauldrons at the Tokyo Olympics. It would be outstanding to see an initiative like this being taken up by the government on a much larger scale as an energy source provider.”

Marina Koseleva is the director of FIT Food Delivery and an advocate for sustainability, highlighting how necessary it is. She says: “I think it was a great move on the part of the Tokyo organisers as millions of people watched them and it definitely made a big impact.”

Koseleva explains that the smallest changes are important, as they can set an example for others. Despite this, she highlights that at such a large scale there is always more to be done. “They should use as many local suppliers as possible and try to minimise unnecessary travel and export,” she says. “They should also make sure that all uniforms are made ethically, and they shouldn’t produce more than it’s actually needed.”

Invoking an aboirginal proverb, Koseleva says: “Look after the land and the land will look after you. Destroy the land and it will destroy you.”