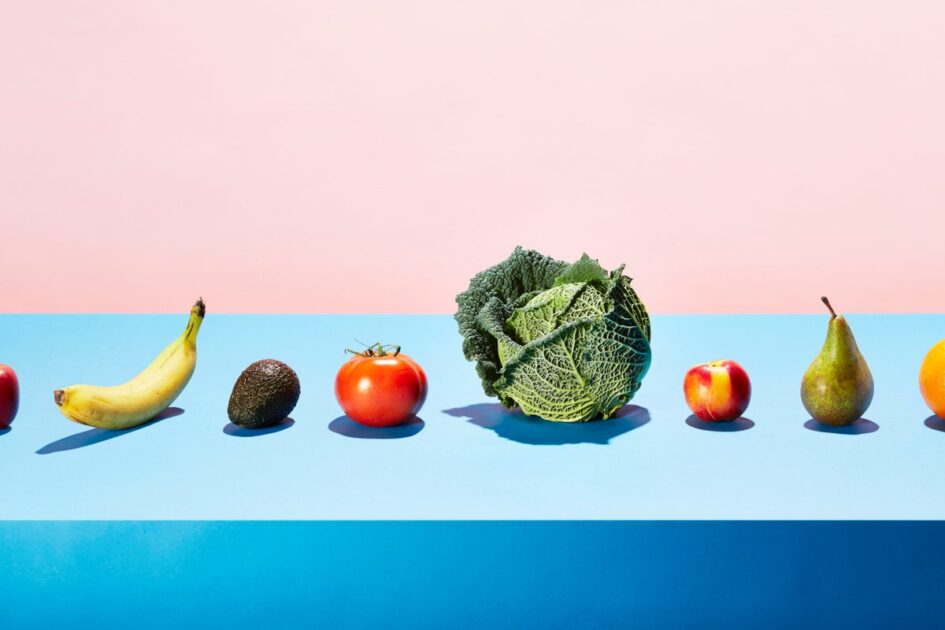 Perhaps you do it once a week. Perhaps only when you trace those sulfurous odors to the refrigerator’s crisper drawers where you store fruits and vegetables. But eventually, you toss out spoiled produce. Lots of it. Researchers at the University of Arizona spent a year tracking families’ food-use habits. Working with the United States Department of Agriculture, they interviewed the families about their eating habits, collected their grocery receipts, watched them prepare meals, and then sifted through every last discarded lettuce leaf, slice of bread, burger and bean. The results, reported in 2002, were pretty shocking. The families tossed out an average of 470 pounds of food per year—about 14 percent of all food brought into the home—at an annual cost of $600. Every day, they discarded more than half a pound of fruits and veggies.

In total, Americans chuck a fourth of all the produce they buy, mostly because it’s gone bad, says Timothy Jones, PhD, contemporary archaeologist at the University of Arizona. Nationally, we dump $43 billion worth of food every year. Wasting produce is bad for our wallets and bad for the environment. Plus, who wants to make a salad when confronted with a bin of rotting sludge?

All this led us to ask: How can we store fruits and vegetables to keep them fresh longer?

Where and How to Store Fruits and Vegetables – and with What

If your produce rots after just a few days, you might be storing incompatible fruits and veggies together. Those that give off high levels of ethylene gas — a ripening agent — will speed the decay of ethylene-sensitive foods. Keep the two separate. Use trapped ethylene to your advantage: To speed-ripen a peach, put it in a closed paper bag with a ripe banana. One bad apple really can spoil the whole bunch. Mold proliferates rapidly and contaminates everything nearby, so toss any spoiled produce immediately.

For longer life, keep your produce whole—don’t even rip the stem out of an apple until you eat it. “As soon as you start pulling fruits and vegetables apart,” says Barry Swanson, a food scientist at Washington State University, “you’ve broken cells, and microorganisms start to grow.” Cold-sensitive fruits and veggies lose flavor and moisture at low temperatures. Store them on the counter, not in the fridge. Once they’re fully ripe, you can refrigerate them to help them last, but for best flavor, return them to room temp. Never refrigerate potatoes, onions, winter squash or garlic. Keep them in a cool, dark, dry cabinet, and they can last up to a month or more. But separate them so their flavors and smells don’t migrate.

“The main way to lengthen shelf life is by using cold temperatures to slow food’s respiration, or ‘breathing’ process,” explains Marita Cantwell, PhD, a postharvest specialist at the University of California, Davis. In general, the warmer the temperature, the faster the rate of respiration, which is why refrigeration is critical for most produce. But while you want to slow it down, you don’t want to stop the breathing altogether. “The worst thing to do is seal fruits and vegetables in an airtight bag,” says Barry Swanson, a food scientist at Washington State University. “You’ll suffocate them and speed up decay.”

There are also some innovations to help extend the life of your fruits and veggies. Some products actually absorb ethylene and can be dropped into a crisper, such as the E.G.G. (for ethylene gas guardian), which is shaped like, you guessed it, an egg, and ExtraLife, a hockey puck-like disk. A variety of produce bags are also on the market, such as those by Evert-Fresh and BioFresh, which both absorb ethylene and create an atmosphere that inhibits respiration.

At least as important as how you store produce is when you buy it. Do all your other shopping first so that your berries and broccoli don’t get warm — and respire rapidly — while you’re picking up nonperishable items. Get the produce home and into the fridge as soon as possible. If you’ll be making several stops between the market and kitchen, put a cooler in the car. Shop farmers’ markets soon after they open: Just-harvested greens wilt rapidly once they’ve been in the sun for a few hours.

Even under optimal conditions, fragile raspberries will never last as long as thick-skinned oranges. Eat more perishable items first. And if you still find yourself with a bushel of ripe produce and an out-of-town trip around the bend, improvise. Make a fruit pie, a potful of soup, or a great big vat of tomato sauce, and throw it in the freezer. You’ll relish your foresight when you get home.

The most important point of how to store fruits and vegetables is to match compatible gas releasers. Here’s the cheat-sheet.

You can enjoy fresh fruits and vegetables with just a single weekly trip to the supermarket, with proper storage and a little planning. The key is eating the more perishable produce early on. Use this guide — created with the help of Marita Cantwell, PhD, postharvest specialist at the University of California, Davis — based on a Sunday shopping trip. The timing suggestions are for ready-to-eat produce, so allow extra days for ripening if you’re buying, say, green bananas or not-quite-ripe pears. And remember, looks count. Appearance is the best clue to whether fruits and veggies are fresh to begin with.

RELATED: Pineapple, Pistachios, and 6 Other Foods that Can Help Fight Inflammation (and 7 that Make It Worse)

Eat Your Water With These Hydration-Packed Fruits and Vegetables