I Tricked My Boyfriend Into Eating Vegan: Here’s How It Went 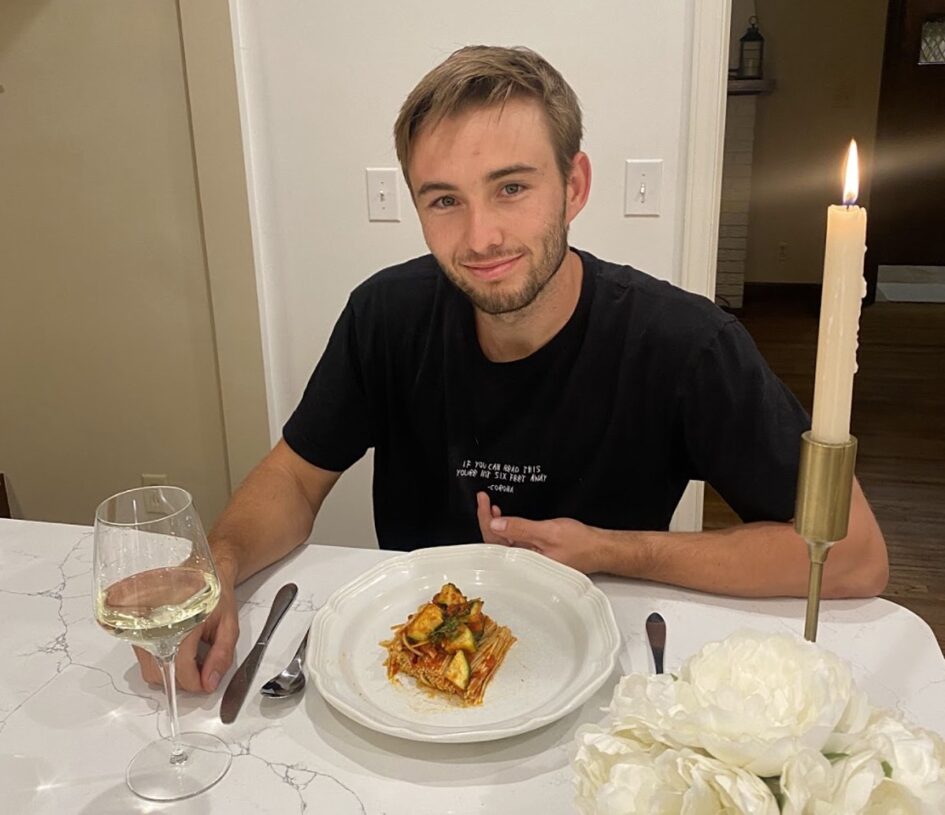 I was browsing for a new plant-based recipe when I came across a viral video of “Vegan Baked Spaghetti” by a creator. named Danielle Brown. Her unique dish and the intriguing video comments made me stop and think that I should try my hand at it. In fact, I decided to use it to see if my boyfriend would like it, since he isn’t vegan or plant-based, but I am trying to eat this way as much as possible.

Danielle Brown, also known as @healthygirlkitchen, has gained a large following on TikTok, amassing over 1.2 million followers through posting healthy, plant-based recipes that are simple and easy to follow at home. Her story explaining why she chose to switch to a plant-based diet went viral. From there, she started posting healthy recipes that you can replicate in your own home. Danielle is one of the many creators on TikTok using their platform to promote a healthy, vegan diet giving free resources to those who are interested.

My boyfriend Corey Funk is not vegan, but he appreciates it when I cook him dinner. His eyes were opened to the possibilities of eating plant-based after watching The Game Changers on Netflix. The documentary explores how a plant-based diet can give you an edge in the workspace, at home, and in the gym. I wanted to surprise him with baking one of Danielle’s recipes for dinner to see if he noticed that it was vegan. I chose the “Vegan Baked Spaghetti” recipe because most of the ingredients are things you would already have in your kitchen. It was a one-pan recipe and seemed pretty simple to cook up.

I prepared the dish and put it in the oven, which only took 5 minutes. While it was baking, I set the table and called Corey over. When I presented him with his plate, he was impressed with the look of the dish and said he had never eaten something like this before. Once he found out it was vegan, he was very impressed. He said he didn’t even miss meat sauce (what he would normally have) with the pasta because the flavors of the seasoning and vegetables were just right!

3. Pour the water over to help cook the noodles. Top it off with salt, garlic powder, pepper, dried basil, and give it a good mix.

4. Bake it in the oven uncovered for 30 minutes at 375 degrees. If you use any pasta other than angel hair, baking time may take up to 50 minutes.