I Tried Sesame Milk, One of the Most Sustainable Plant Milks on the Market 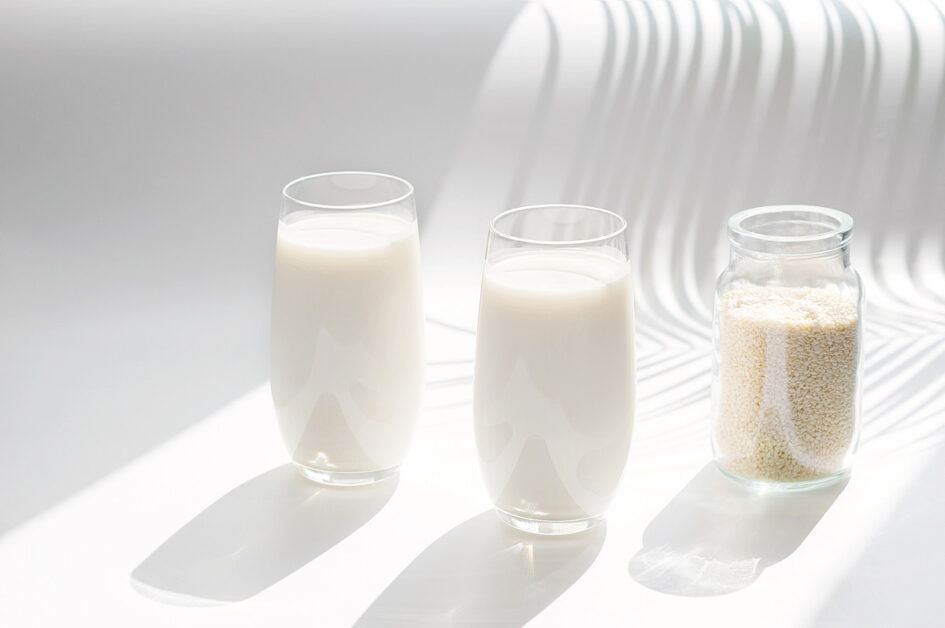 Head to the grocery store for plant-based milk and you’re met with an impressive array of plant-based milk options – almond, soy, oat, and even more unique ones like hemp, macadamia, and pistachio – so many, in fact, that you may experience option paralysis just trying to figure out which one to buy.

One of the newest plant milk on the market is sesame milk, which you may not have heard of, but if you’re buying for sustainability, is a great choice. Made from sesame seeds, this dairy-free milk alternative may be the most planet-friendly non-dairy milk on the market.

Hope and Sesame, one of the few sesame milk brands now on the market, boasts that their alternative milk uses 95 percent less water than almond milk and requires 75 percent less water to produce than oat milk, thanks to the main ingredient, sesame seeds. Sesame plants, native to Africa and India, are drought-tolerant, as well as being self-pollinating, naturally pest-resistant, and resilient. That means they don’t require pesticides and herbicides to thrive.

If you’re looking for protein-rich non-dairy milk, sesame milk has an astounding 8 times the amount of protein as traditional almond milk, with 8 grams per serving.

Sesame milk is also a great source of fiber, with 14 grams per 100 grams. Sesame is a good source of iron, potassium, calcium, and Vitamin D, which can be trickier to get in plant-based diets.

Some sesame milks do contain oil, such as sunflower oil, to help the milk froth like traditional dairy. If you’re looking for a non-dairy milk without oil, check out these 7 oil-free alternatives.

Hope and Sesame’s milk rings in at around $5 for 33.8 ounces, and other brands that produce the dairy-free milk include Three Trees ($6.99 for 28 ounces) and Nature’s Soy ($5.29 for 78.6 ounces). In comparison to other alternative milk brands, sesame sits around the same range as almond and oat milk at check out, making it a relatively affordable option.

If you’ve ever tasted tahini – or sesame butter – you can understand how sesame seeds would make creamy milk. Hope and Sesame’s Non-GMO Sesamemilk Barista Blend is rich, full-bodied, and just sweet enough that you won’t be tempted to add a sweetener to your coffee. Sesame milk has a subtle yet distinct sesame flavor, but it’s milk enough to now overwhelm your coffee. This is a great option for lattes as it froths up with ease, and doesn’t separate when added to hot liquids, unlike other alternatives I’ve tried.

How do you use sesame milk?

While I would be less inclined to drink this milk on its own, I tested pouring sesame milk over cereal, as well as in smoothies, and baked goods, and was impressed by the results. It adds a richness that rivals conventional dairy, which can be difficult to find in vegan alternatives, and its pleasant sesame flavor can be an asset when making cookies or cakes. I think this would be especially great while making a treat that features tahini as it would amplify the taste.

The nice thing about sesame milk is that it isn’t overly sweet, so it can be used in both desserts as well as savory recipes. I would caution against using sesame when you don’t want to incorporate the taste of the seeds into a dish because although subtle, the sesame seeds’ bitterness definitely comes through.

Foam it, add it to cereal, or use it as a baking ingredient. Sesame milk is great for the planet.

We Tried Pistachio Milk. Here’s Why It’s Better Than Other Plant Milks

Have you tried pistachio milk yet, the newest plant-milk trend?

Why should we boycott Tetra Pak plant milks?

A guide to the best plant milks