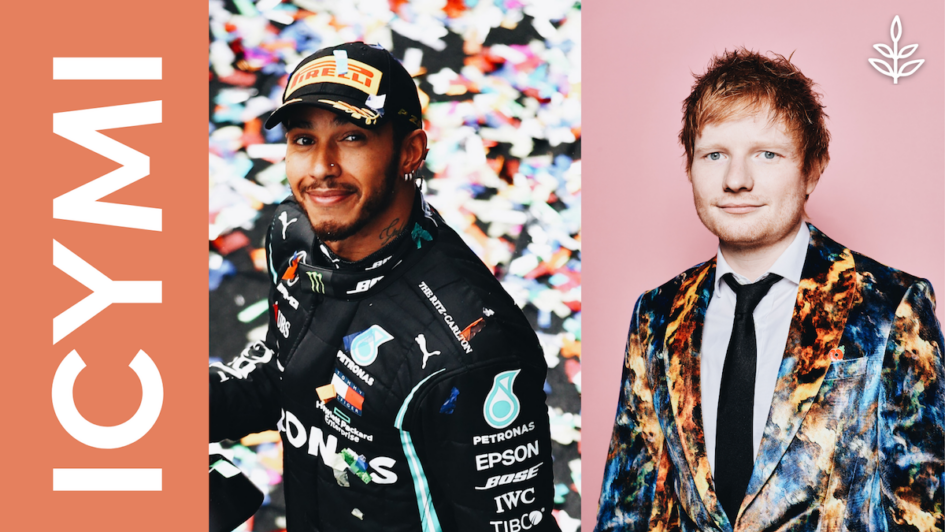 In case you missed it, the past week saw a lot of news in the world of celebrities.

Ed Sheeran is working to rewild the UK. The “Shape of You” singer is planting trees in order to offset his carbon footprint. And Formula One champ Lewis Hamilton has officially become a knight.

In food news, Starbucks UK has dropped its non-dairy milk surcharge. That’s right, Brits can now get their plant milk latte for the same price as cow’s milk. Chipotle also started off the year with a bang. The Mexican-inspired fast-food chain has added vegan chorizo to its menu for a limited time.

Mercedes-Benz might have just created the most efficient electric vehicle ever. The luxury automaker revealed its Vision EQXX at the virtual Consumer Electronics Show in Las Vegas.

And in good climate news, a new study, published in the Journal Science, shows tropical forests could regain about 78 percent of their old-growth status in just 20 years.

Catch the full news recap in the video above.

Ed Sheeran Plans to Rewild the UK, Starting With His Yard

ICYMI: 2021 Wasn’t a Total Disaster for Climate. Here’s the News That Gives Us Hope