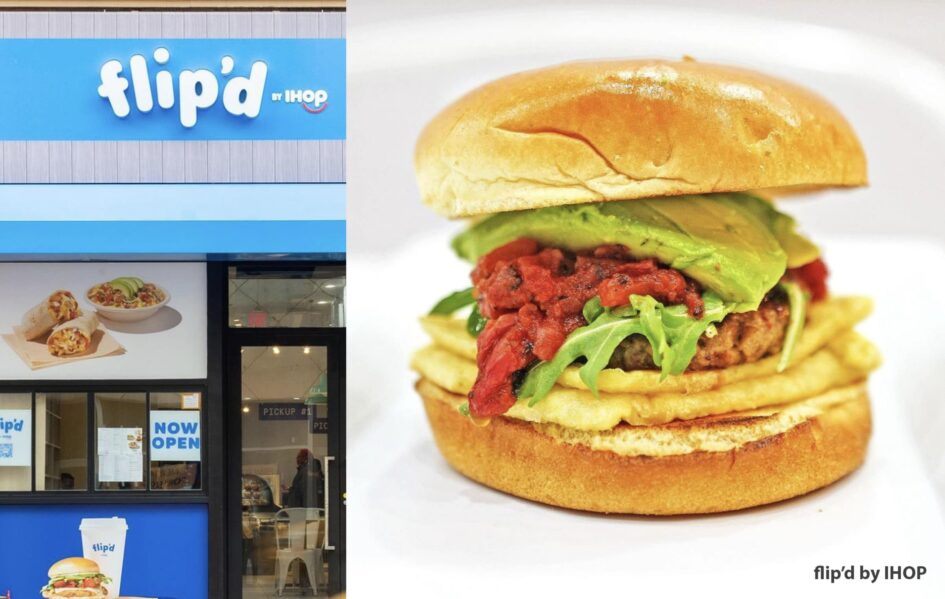 Could this be the start of something new for mainstream diners? International House of Pancakes (IHOP) has announced that it’s testing a new vegan breakfast sandwich called the “Plant-Based Cali” at one of its new fast-food-inspired Flip’d by IHOP restaurants in New York City.

The sandwich features a Sweet Earth breakfast sausage patty, JUST Egg, arugula, roasted tomatoes, and avocado on a vegan bun. According to reports, the new breakfast sandwich will be available for a limited time at the New York location but could potentially go nationwide.

Currently, the plant-based breakfast options at traditional IHOP locations, as well as at the new Flip’d stores, are seriously lacking. Plant-based eaters at IHOP are limited to items such as hash browns with veggies, breakfast potatoes, french fries, or fruit.

Many mainstream eateries have come a long way in offering vegan-friendly dishes, so it’s mind-boggling that most major breakfast chains have yet to join them. By adding plant-based breakfast entrees to their menus, these chains can help animals and the environment, as well as show they welcome a diverse customer base.

Let’s keep up the momentum! Please take a moment to thank IHOP, and ask for vegan menu items at all locations.

You can also join us in urging more diners and breakfast chains to add plant-based options to their menus. Sign the petition now at ChampionsOfBreakfast.us.

IHOP is Testing a Vegan Sausage and Egg Breakfast Sandwich

IHOP Just Launched Its First Vegan Breakfast Sandwich. Here’s Where to Find It.

You Can Finally Eat a Vegan Breakfast at IHOP