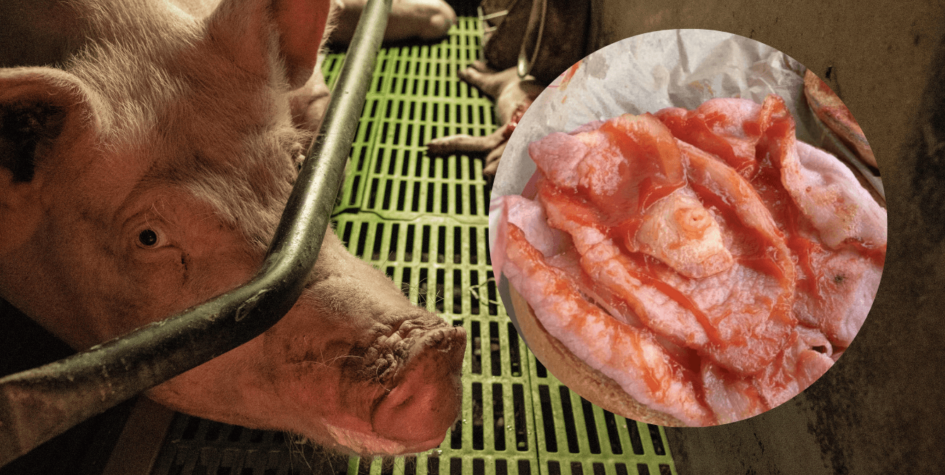 Who can forget when, in 2016, a woman’s discovery of an apparent pig’s nipple still attached to the bacon she was about to cook took Reddit by storm, quickly amassing millions of views and leading some people to swear off pig flesh. “And … I’m done with bacon,” wrote one Reddit user. “Not eating bacon ever again. Y’know what I’m now a vegan,” said another.

Now, five years on, the vexing nipple strikes again—this time, at a U.K. McDonald’s location. Last week, Simon Robinson, a diner, found an apparent “pig nipple” in his breakfast bacon roll. (That’s sandwich for U.S. readers.) The discovery didn’t just lead him to consider going vegan—the particularly revolting photos of the roll have others online making the connection, too.

“To open it up and to find that was revolting,” Robinson reportedly said. “It has put me off meat entirely. So much so I’m considering going vegan now.”

And Twitter agreed: “1/3 of Twitter just went vegan,” one person forecast after the New York Post posted a photo of the apparent nipple. Another put things into perspective with an important question: “If you choose to eat bits of dead animals; how can you be surprised when it contains bits of dead animals!?”

It’s easy to forget that processed, cut-up, ground-up, or nugget-shaped meat is really the decaying flesh of another being who was once alive—a being who could feel pain, grief, motherly love, joy, anxiety, and more, just as we do. Nippled BLT ingredients, a “zombie” chicken carcass crawling off a restaurant plate, a frozen duck with the head still attached, a fish corpse leaping off a kitchen table—these incidents serve as stark reminders that no one wants to be killed for food. If you find Robinson’s “pig nipple” photos or any of these other discoveries “revolting,” there’s only one thing to do: Stop eating animals.

When given the chance, pigs spend hours playing, lying in the sun, and exploring their surroundings with their powerful sense of smell. But on farms, mother pigs spend most of their lives inside cramped gestation crates, which are so small that the animals are unable to turn around or even lie down comfortably. They’re repeatedly impregnated until they’re slaughtered—and their babies are doomed to endure the same hellish lives and gruesome deaths. Whether or not one of their nipples ends up in your takeaway order isn’t the issue—pigs don’t deserve to be killed for our food. No animal does. That’s the issue. And the good news is that joining Robinson on his potential pork-free, vegan journey has never been easier: Vegan bacon options are everywhere! Click below to discover a few of our favorites, and check out these drool-worthy vegan bacon photos to get some ideas for your next pig-free meal.

Vegan Bacon Brands No One Had to Die For