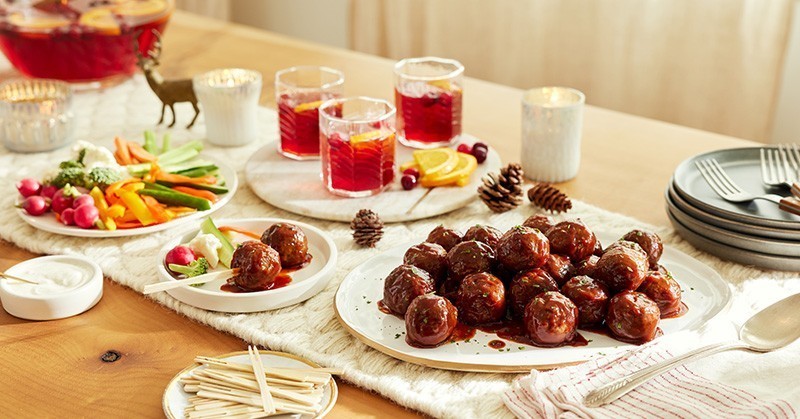 Impossible Meatballs come pre-formed and fully cooked, and work perfectly in all popular meatball recipes such as spaghetti and meatballs. Each meatball is made with a custom mix of Impossible burger and Impossible sausage, as well as a savory homestyle meatball seasoning blend. They have 12 grams of protein per serving, 0 milligrams of cholesterol (3.5 grams of saturated fat), and 30% less sodium than their meat counterparts. The meatballs are priced at $6.48 per pack and come in a resealable freezer bag so they are ready to reheat via oven, microwave, stovetop, or air fryer.

In addition to selling Impossible meatballs, Walmart plans to launch a dedicated plant-based section in its frozen aisle that will include Impossible products at more than 3,000 locations, including Impossible Chicken Nuggets, Impossible Sausage in spicy and savory flavors, Impossible Burger patties, and of course, Impossible Meatballs.

“We’re innovating faster than ever and developing our products with qualities that matter most to consumers, including everything from taste to convenience,” Ravi Thakkar, Impossible Foods’ Vice President of Product and Commercialization, told VegOut. “Impossible Meatballs are the latest example of that—giving people a simple, delicious, and sustainable alternative to a family classic.”

For more information on where you can get your hands on Impossible products, visit ImpossibleFoods.com.

Impossible Foods Debuts Vegan Meatballs In ‘Faster Than Ever’ Expansion