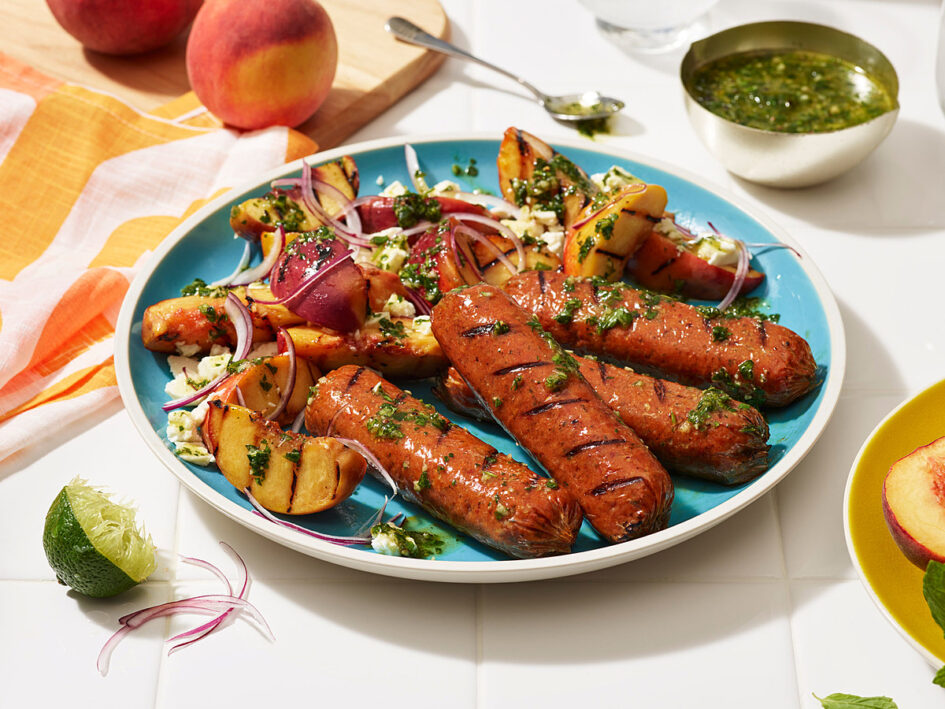 With the weather warming up, the Impossible Foods’ Sausage Links will be available right on time for grilling season. The mouthwatering vegan option will also provide customers with a summertime protein alternative that is rare on the market. Impossible’s plant-based sausage links feature an innovative vegan casing that is filled with the company’s signature pork-free meat and grounds. The new vegan sausage link expertly replicates the taste, texture, and snap of its animal-based counterpart.

“We didn’t compromise when it came to making sure Impossible Sausage Links deliver all the satisfying snap and sizzle that consumers love about pork sausage,” Director of New Product Development at Impossible Foods Laura Kliman said in a statement. “Our innovative technology platform and consumer-focused design approach allowed us to finesse everything from the spice mix to the casing and stuffing process, and we really perfected it to give consumers the opportunity to enjoy what they love most about pork sausage from pigs without sacrificing on taste, versatility, or environmental impact.”

Impossible Foods’ Most Impressive Year Yet

Founded in 2011 by entrepreneur Patrick O. Brown, Impossible Foods launched to provide the most realistic plant-based meat alternatives seen before. Beginning with the iconic Impossible Burger, the plant-based brand has spent more than a decade developing new vegan proteins for hungry customers nationwide. Catching the attention of investors worldwide, Impossible has secured more than $2 billion in investment funding, allowing for accelerated production and distribution across all sectors.

“We’re fortunate to have great investors who believe in our long-term mission,” Impossible Foods’ Chief Financial Officer David Borecky said late last year. “The latest round of funding allows us to further accelerate our product innovation and global expansion efforts as we continue to leverage the power of the food system to satisfy consumers and fight climate change.”

Impossible aims to replace all animal-based foods with viable and indistinguishable plant-based alternatives by 2035. Following the large investment, the company has doubled its pace by releasing Impossible Sausage, Impossible Chicken, and Impossible Meatballs in recent months. The company is also using its platform to advocate for environmentally friendly policies and practices. Its Wild Nuggies product – vegan nuggets shaped like endangered animals – intends to spread awareness of the harmful effects stemming from conventional animal agriculture.

Impossible announced a global partnership with Kroger that will bring affordable plant-based foods to people across the United States. The new plant-based Home Chef products will revolutionize accessible vegan food. While the details are vague, people can expect to see more creative Impossible products at Krogers nationwide.

Fast-food restaurants have finally got the memo that their customer base isn’t just coming through for a burger, fried chicken, or a beef taco. Many now have plant-based foods and are coming up with creative, delicious ways to get more greens on the menu. Here are the 6 best fast-food chains with plant-based options on the menu.