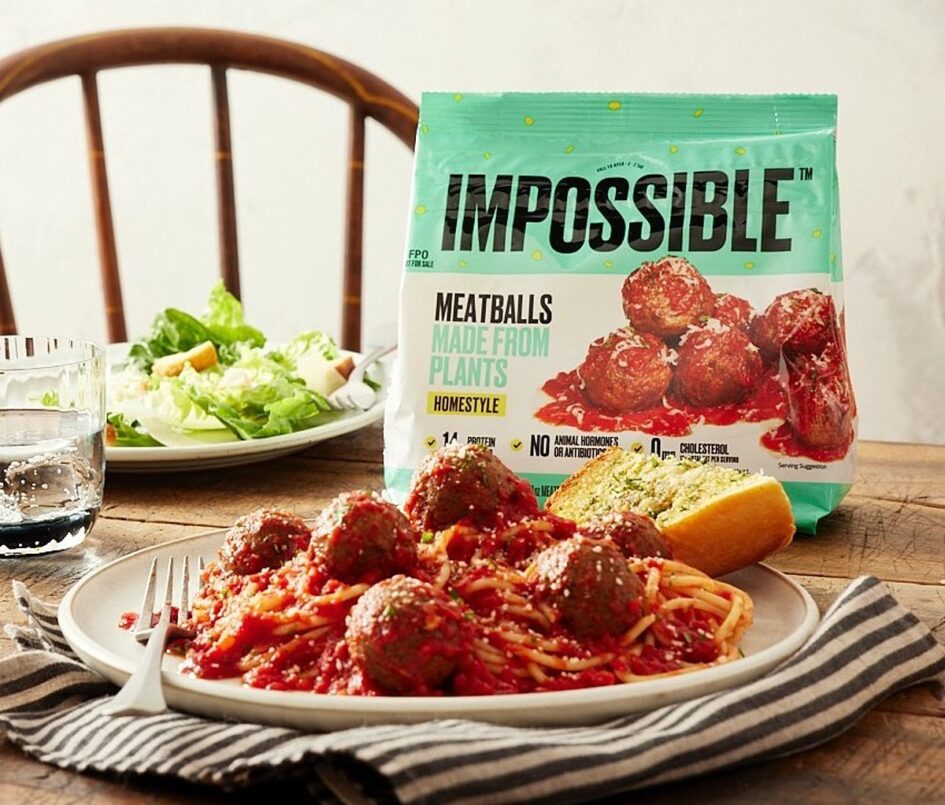 Impossible Foods is releasing its highly anticipated fourth product: Plant-based meatballs. The alternative protein pioneer announced that later this month it will begin distributing Impossible Meatballs Made from Plants to some 3,000 Walmart stores. The vegan meatballs will be made from a mixture of Impossible Burger and Impossible Sausage meats., the result will be a savory preseasoned meatball to meet growing demand for plant-based alternatives.

“We’re innovating faster than ever and developing our products with qualities that matter most to consumers, including everything from taste to convenience,” Impossible Foods’ Vice President of Product and Commercialization Ravi Thakkar said in a statement. “Impossible Meatballs are the latest example of that—giving people a simple, delicious, and sustainable alternative to a family classic.”

Impossible is expanding its current partnership with Walmart stores nationwide. The Impossible Meatballs will be available among the other Impossible products inside a newly dedicated plant-based frozen section at Walmart locations. Priced at $6.48 per pack of 14 meatballs, the plant-based protein will stand as one of the most affordable options on the market.

Alternative protein is slated to comprise approximately 64 percent of the global protein market. A report from the FAIRR Initiative found that, by 2060, the alternative protein market is projected to dominate the entire protein industry as concerns surrounding health and sustainability continue to rise. Among plant-based giants like Impossible or Beyond Meat, the report analyzed major international companies such as Unilever and Nestle to examine how larger corporations have shifted to consumer demand.

“The pandemic has been a stress test for the animal protein industry, exposing the vulnerabilities of today’s intensive centralized production system,” the report reads. “It has brought urgent focus on the need for resilience in the face of growing sustainability challenges in an increasingly resource-constrained world. It has also been a catalyst for accelerating innovation in food technology and driving government level action – with a focus on healthier, more sustainable diets and long-term food security.”

The plant-based protein industry is expanding across the retail industry, but also solidifying its presence across the fast-food sector. Impossible rolled out its plant-based burger at Burger King locations last year, marking one of the biggest plant-based fast-food menus revealed at the time. Since then. several other fast-food chains including McDonald’s have started introducing plant-based patties.

Impossible also joined Beyond Meat in launching plant-based chicken across the fast-food industry. Beyond partnered with Panda Express to distribute Beyond the Original Orange Chicken at locations nationwide. Soon after, Impossible announced that it would begin featuring its plant-based chicken nuggets at Burger King locations across the United States. With plant-based demand on the rise, the entire vegan protein industry is expanding quickly to meet the growing consumer base.

Impossible Foods Debuts Vegan Meatballs In ‘Faster Than Ever’ Expansion