Impossible Pork Debuts In US Before Going Global: Here’s Where to Get It 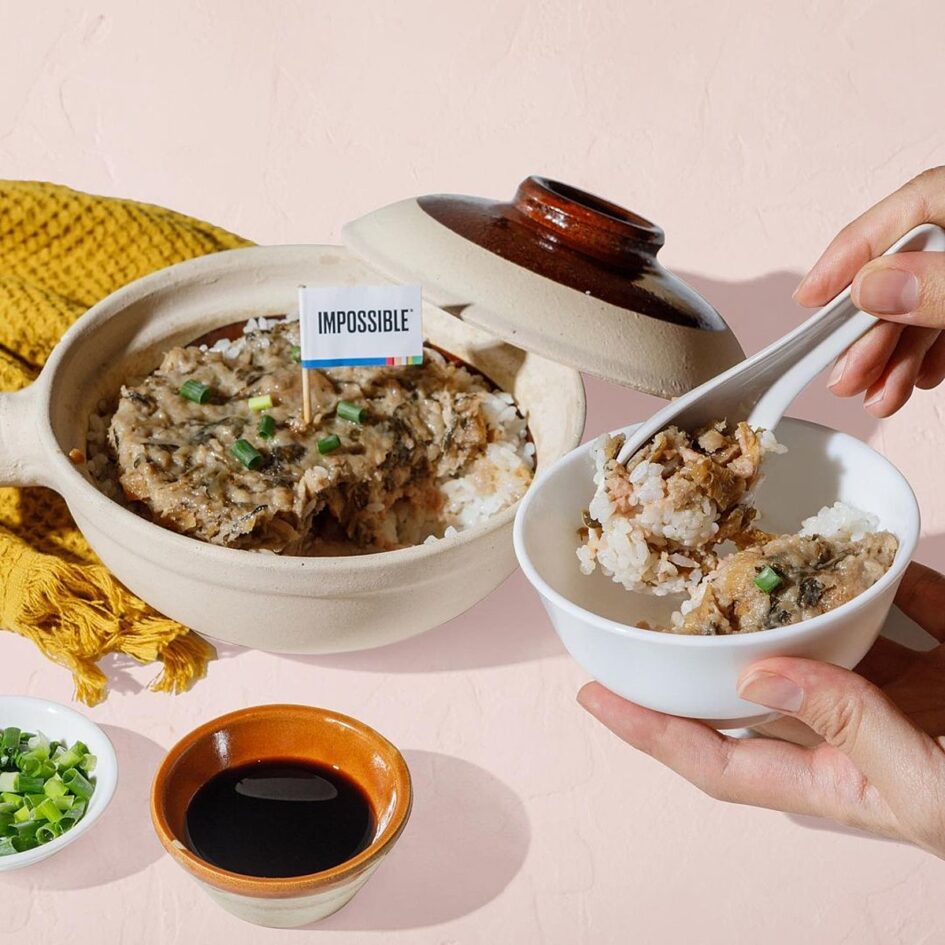 Impossible Foods just launched its vegan pork alternative at several restaurants in the US ahead of its global retail and foodservice debut. The Impossible Pork arrived at Chef David Chang’s acclaimed Momofuku Ssam Bar in New York City last week. Chang –– who became the first chef in the US to debut the Impossible signature Impossible Burger –– will incorporate the plant-based pork into its signature Spicy Race Cakes with an Impossible Pork Ragu.

“Our menu calls for high quality, versatile ingredients, and Impossible Foods’ products always deliver,” Momofuku Culinary Director Max Ng said. “Impossible Pork replicates the delicious flavor and juiciness of pork, making it a perfect fit for one of our most iconic dishes.”

Following its US debut, the company plans to distribute the new product to more than 100 restaurants in Hong Kong on October 4. Restaurants across the United States and Hong Kong will be able to order Impossible Pork starting this month, providing consumers worldwide with a highly approved plant-based pork substitute.

The company also conducted a blind taste test with more than 200 consumers in Hong Kong ahead of its public debut. In the survey, Impossible Pork ranked higher than the animal-based counterpart. The participants recorded that they preferred the plant-based protein 54 percent to 46 percent over the pig-based pork. The taste test evaluated the flavor, texture, purchase intent, appearance, and overall satisfaction of the selected consumers.

“Earlier this month, we beat the animal with the launch of Impossible Chicken Nuggets,” President of Impossible Foods Dennis Woodside said. “With Impossible Pork, we’re beating the animal again while satisfying even more types of cuisine — another important step towards making the global food system much more sustainable.”

In Hong Kong, chef May Chow – the renowned chef that first served the Impossible Burger in 2018 when it arrived in the region –– will debut new and innovative dishes that feature the Impossible Pork. The chef announced that pork is integral to the cuisines of the region, making the plant-based pork alternative an essential product for many of her own restaurants and others. The chef will incorporate the plant-based pork at her restaurant Little Bao, preparing a Tawainese LuRou Scotch Egg as well as a Happy Paradise complete with Impossible Dan Dan Noodles.

“Minced pork is central to so many classic Chinese recipes from dumplings to spring rolls to dan dan noodles, Chow said. “I’m thrilled we now have a more sustainable alternative that does not compromise on the original diversity, deliciousness, and depth of everyone’s favorite recipes.”

Impossible is preparing to distribute the Impossible Pork across the United States and Southeast Asia. The US foodservice sector now has full access to the plant-based pork product, meaning that traditionally meat-heavy cuisines can begin introducing plant-based alternatives to favorite dishes. Beyond that, several restaurants in Singapore and Hong Kong are preparing to introduce plant-based protein that will allow restaurants and consumers to easily adopt plant-based foods.