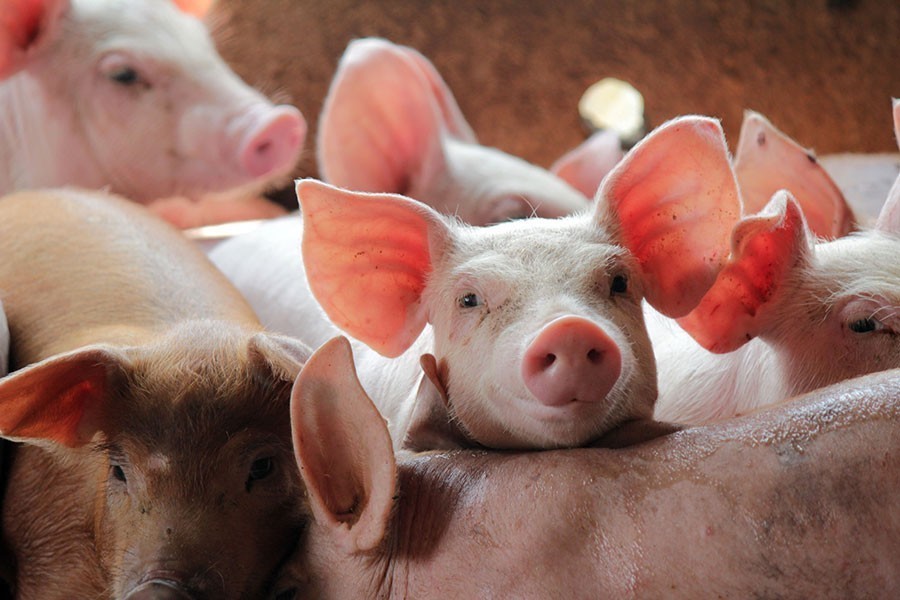 The many hidden costs of pig farming

On top of animal suffering, buying cheap pork from factory farms carries other hidden costs that most people are unaware of, added Webb.

“Public health is threatened through antibiotic overuse to keep pigs alive which leads to antibiotic-resistant diseases that can pass from pigs to humans,” he said.

The World Health Organisation describes antibiotic resistance as “one of the biggest threats to global health, food security, and development today”.

An estimated 66% of all antibiotics used worldwide are used in livestock.

This is a tricky dilemma, as according to Dr Brough, ‘pigs often require these antibiotics to survive a hideous system of our making’.

Concurring with Webb, she said: “Animal farms are perfect breeding grounds for disease, perfect for cultivating pandemics and antibiotic resistance.” And that’s not the only public health issue pig factory farming plays a role in, says Rob Webb.

“Factory pig farms produce excessive quantities of waste in the same area that pollutes the air, sickening both the pigs and local residents, and contaminating rivers, lakes and the sea,” he told VF&L.

“This causes eutrophication that suffocates fish and destroys aquatic wildlife.”

Inhumane slaughter; the horrors of the gas chambers

However, one of the main talking points when it comes to animal welfare, is the way pigs are slaughtered in pig farming.

According to Webb, a staggering 86% of pigs die in gas chambers, which he says causes ‘extreme suffering’.

This statistic includes both factory farmed and ‘higher welfare’ animals.

Reports say multiple studies show how this method of killing leaves “pigs gasping for air, squealing and struggling to escape for up to a minute before losing consciousness”.

Even the Department for Environment, Food and Rural Affairs (Defra), which released a report on the topic earlier this year, condemned the method saying: “There are longstanding concerns about the negative welfare impacts of high concentration CO2 stunning systems for pigs.”

So what can consumers do to help?

For Dr Brough, the answer was giving up animal products altogether.

“I went into the meat industry as a meat-eater, very pro-farming,” she said.

Brough explained that she “quickly realised that it was hideous across the board – not just at your classic intensive farms. I went vegan a year or two in, and left after four years.”

Many advocates believe the most powerful tool people have is their wallet and their purchasing power.

As Webb says: “Factory pig farms only exist because people buy their products.

“By using our power as consumers, we can change our food system.”

Are you ready to give up bacon now that you know the truth about pig farming?

You need to try these vegan bacon recipes that taste better than meat!