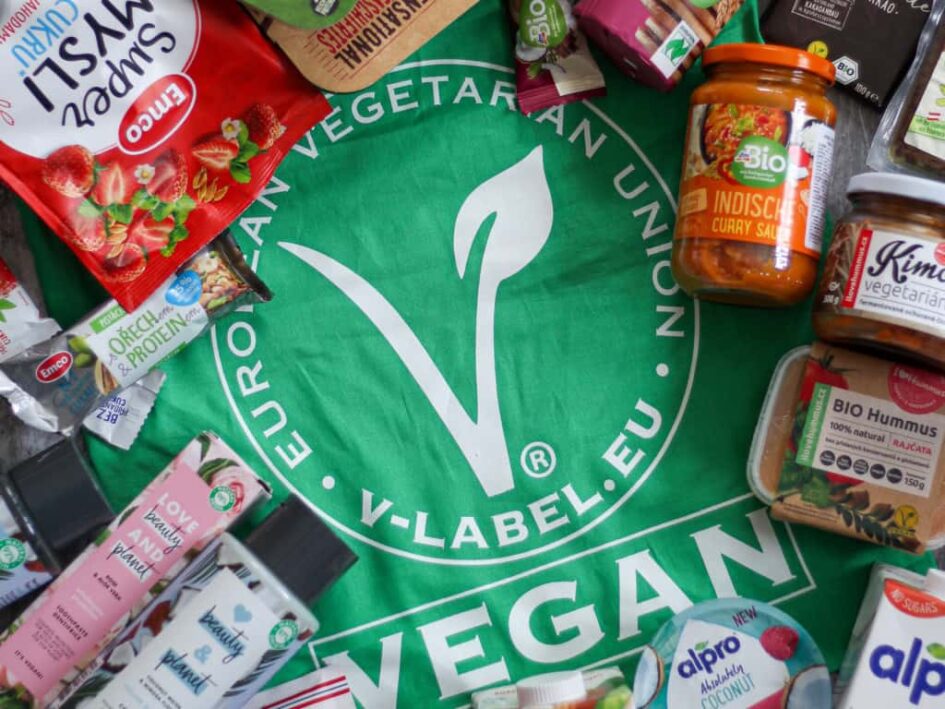 World-leading vegan & vegetarian trademark just revealed the winners of this year’s at the Virtual Awards Ceremony held on November 4th.

The international jury panel consisted of 15 leaders from the plant-based industry, vegan influencers, and representatives of NGOs.The newly announced winners of the competition are listed below.

Meet the 11 winners of the International V-Label Awards

Launched in 2008, (see featured image) is a 100% animal-friendly alternative to foie gras. According to GAIA’s general manager Ann de Greef, sales are increasing year after year, with no less than 500,000 boxes of “classic” Faux Gras® de GAIA sold in 2018 alone.

Carrefour’s Spécialité végétale au lait de coco goût fraise is part of the Carrefour Sensation brand, launched in 2021 with the aim of democratising vegan food by making it accessible for everyone. In an , Carrefour’s project manager Nicolas Dhers highlights Carrefour as a veggie pioneer in France, with a plant-based line that includes more than a hundred products in total.

is a 100% natural chicle-based gum sustainably collected from the sapodilla trees in the Maya Rainforest, produced by a consortium of cooperatives under a fair trade business model – Crunchy Müsli from Austria, is an all-natural vegan Müsli that includes a range of important micronutrients – ’s AL!VE STICK Vegan Chia & Blueberry is an innovative ice cream from Slovenia based on Coconut milk with Chia Seeds inside.

from Austria is extracting heilmoor, an all-natural ingredient for producing sustainably by keeping the topsoil intact and extracting only once a year for two weeks, which gives the Moor time to regenerate.

Prefera Foods has launched an innovative category of plant-based alternatives to fish, with Unfished® brand, a revolutionary portfolio, with the slogan “Fish in the water, plant on the plate”. As reported by in July, the vegan innovator from Southeast Europe has raised $5.9 million in a private bond placement with plans to expand in Europe and the U.S.

from Germany won the V-Label award for sustainability for its . All the products from the Vemondo Product Range by Lidl have been offered as climate-neutral in order to support customers with climate-conscious actions in everyday life.

Leather is getting some serious competition – from wood. The southern manufactures a high-quality veneer that comes exclusively from sustainable forestry.

Lidl from Germany won the Special Consumers’ Award for its . In addition to its increasing range of plant-based Vemondo products, Lidl offers customers much more in the context of vegan nutrition. From various social media formats to workshops, to inspiration and more than 580 vegan recipes.

Best in Innovation – Those Vegan Cowboys

is working on milk and cheese, making products with the same taste as cow’s dairy, but without the use of animals, by developing grass-based milk proteins through fermentation.

Winners of the International V-Label Awards will be able to communicate their success with a special logo designed for the occasion and will be actively promoted through V-Label’s own channels and through its partners’ channels. Additionally, they will receive a one-year V-Label license free of charge, a media package to share their success, trophies, and cash to support charities of their choice.

“No other market is currently as dynamic as that of vegan products, as it can be seen in the many submissions to the International V-Label Awards and the steadily increasing spread of the V-Label. With the strong surge of products, there’s a risk that the exceptional ones will be lost in the crowd, and that’s why we are pleased and honoured to recognise and echo the best products in the market in the framework of the International V-Label Awards,” says Renato Pichler, CEO of V-Label GmbH.