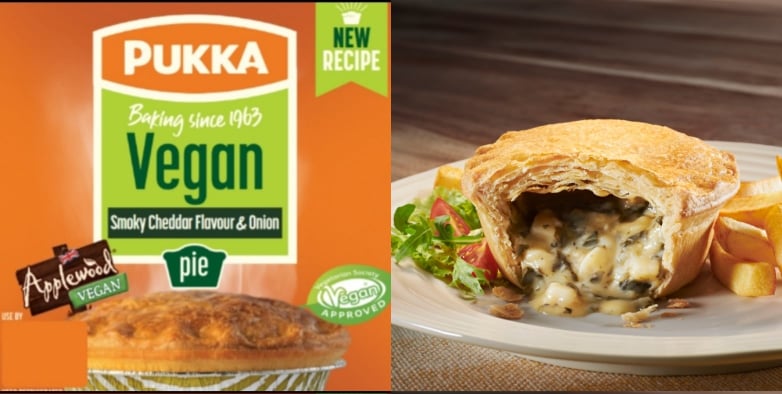 The pie has been baking away in the background and is ready to join Pukka’s plant-based family. The tasty recipe features Applewood Vegan® to create a smoky cheddar-alternative sauce, paired with diced onions and potato…

The filling is all wrapped up in 144 layers of Pukka’s signature and crisp puff pastry, complete with a crimped crust – making this a meat-free must. The new recipe also features The Vegetarian Society’s vegan stamp of approval.

“As The People’s Pie, we’re always listening to the people of Britain – who have told us they want a Vegan cheese pie recipe. Enter the newest member of our Vegan family, which joins our popular Vegan Chicken & Mushroom and Vegan Minced Steak & Onion pies to bring the nation three plant-based Pukka recipes to choose from,” explains Rachel Cranston, Head of Marketing and Innovation at Pukka. 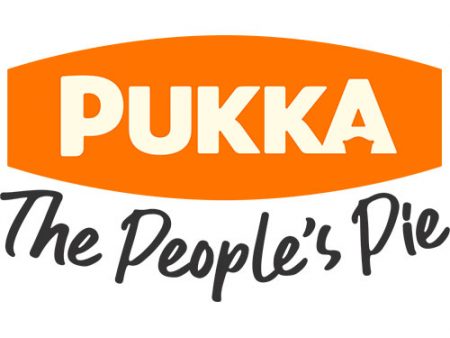 Pukka employs 375 people local to the Leicestershire area, and takes pride in developing its people and providing jobs to passionate and specialised staff in its bakery.

Lisa Harrison, Senior Brand Manager at Applewood® adds: “Just like Pukka, we’re a long-established British brand with 56 years of heritage, so it felt like a natural fit for Applewood Vegan® to feature in their next Vegan recipe. Pukka’s iconic pastry paired with Applewood Vegan’s® smoky flavour and great meltability makes this the ultimate Vegan recipe.”

Pukka’s new Vegan Smoky Cheddar Flavour & Onion pie is available in Morrisons from 11th October for an RRP of £1.89 and will be rolling out into Tesco stores from 8th November.

What will you be having your Smoky Cheddar Flavour & Onion pie with?