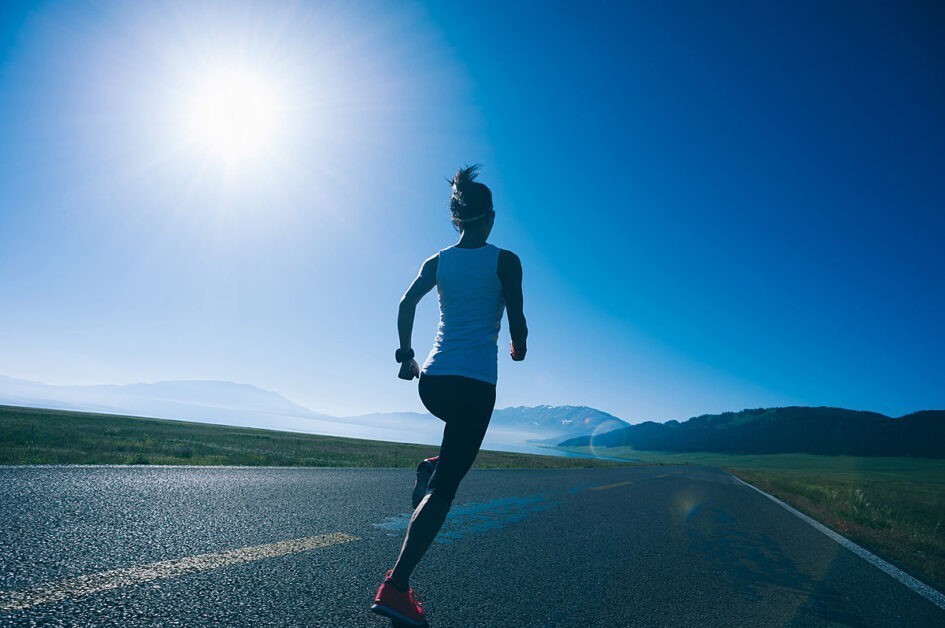 When you switch to a plant-based diet or any new way of eating, it’s not normal to lose your period. Going plant-based for your health can impact your body in unexpected ways, most of them positive, such as lowering your markers for major lifestyle diseases, but losing your period is neither healthy nor normal. It can happen if someone does not eat enough calories or engages in excessive exercise, and female track athletes at the high school level experience abnormal periods more than half of the time, but this is not considered a healthy byproduct of running.

Plant-based diets are healthy for all age groups, but teens, especially, need to ensure their meals are well planned to include the nutrients they need for normal growth and development, and that includes regular menstruation. Amenorrhea is the term that doctors use when someone hasn’t had their first period by age 16 or experiences an absence of three or more periods after starting menstruation.

Why you might lose your period on a plant-based diet

There are a number of scenarios where people may experience amenorrhea while eating a plant-based diet. Experts explain why this may happen and what you can do about it.

Amenorrhea can happen on any kind of diet, but it can be more common among those switching to a plant-based diet if they eat too few calories. “Unintentionally, people could be decreasing their caloric intake when transitioning to a plant-based diet, which may cause someone to lose their period,” says Tracy Lockwood Beckerman, registered dietitian and author of The Better Period Food Solution.

Animal foods, such as meat and dairy, tend to have more calories than their plant-based counterparts. If someone eats the same volume of food on a plant-based diet they are likely to take in fewer calories. Three 3 ounces of chicken has about 204 calories, whereas three ounces of tofu has 64 calories, so switching to plant-based foods may mean that someone is only getting a fraction off the calories they were consuming on a diet of meat and dairy.

Eating enough calories for weight maintenance sends a signal to the brain to secrete hormones that tell the ovaries to release reproductive hormones necessary for your monthly cycle. Without enough calories, the body prioritizes sending energy to other organs, and the reproductive cycle temporarily shuts down. “The body needs ample calories to trigger a period, so if someone sharply reduces their caloric intake or quickly loses weight while following a plant-based diet, their period may subsequently come to a pause,” says Beckerman.

Reducing calories on a plant-based diet coupled with excess exercise can increase the risk of losing your period, says Beckerman. “If someone is making a lifestyle change of switching to a plant-based diet, it’s possible that their exercise routine was also modified – and amped up – which could lead to a paused cycle.”

Excessive exercise, whether accompanied by reduced calorie intake or not, can cause the body to produce more stress hormones, which can interfere with the production of reproductive hormones and affect someone’s menstrual cycle.

Menstrual irregularities are known to happen among 54 percent of high school track athletes, according to studies, and ‘the female athlete triad’ is a medical condition often observed in physically active girls and women, involving low-calorie diets that may include disordered eating, menstrual dysfunction, and low bone mineral density.

Disordered eating and calorie restriction can cause menstrual irregularities and amenorrhea. However, although people eating plant-based diets can experience eating disorders, it’s become a bit of a stereotype amongst health professionals according to dietitian Taylor Wolfram in an article in The Washington Post.

Any diet that restricts food groups could attract people who are susceptible to disordered eating including keto, paleo, or other popular diets. However, it’s important that people eating a plant-based diet and those around them are aware of signs of disordered eating, such as not allowing any ‘fun’ foods like vegan ice creams, cheeses, or fake meats. “There can be fear-mongering around these foods, just like non-vegan fun foods, and it’s important to open up access and permission to all vegan foods” Wolfram tells The Washington Post.

If someone thinks they may be experiencing disordered eating, it’s important that they speak to a health professional and get support.

What happens when you lose your period?

According to Beckerman, losing your period comes with a litany of negative side effects, some of which are more noticeable than others. “First and foremost, the likelihood of getting pregnant dramatically decreases because there is a very small chance that the body is regularly ovulating,” says Beckerman. Without ovulation, the body does not release an egg necessary to be fertilized for conception (however, someone should check with their doctor before avoiding contraception). As a side effect, “other physical and emotional symptoms may occur due to the irregular patterns of hormones, such as fatigue, skin changes, body aches, abdominal discomfort and irritability,” adds Beckerman. What’s more, research indicates that amenorrhea in athletes or people with eating disorders can cause low bone mineral density which is a risk for osteoporosis.

How can you restart your cycle?

Anyone who misses menstrual cycles should check with their doctor to see if they are pregnant or if there is an underlying cause for their menstrual irregularities.

You can also track your calories through a fitness tracker, although this is not advised for those with a history of an eating disorder. And if all else fails, meet with a Registered Dietitian (RD) to ensure you’re meeting your nutritional needs. In a study of 50 athletes, researchers found that nutritional interventions provided by an RD, such as creating a meal plan with sufficient calories, helped restore menstruation after 9 months to a year.

“It’s key to eat plenty of healthy fats like walnuts, flaxseeds, avocados and extra virgin olive oil to help with hormonal production and adequate vitamin and mineral intake,” says Beckerman. “Plus, aiming for foods with vitamin D, such as mushrooms, and foods high in zinc like sunflower seeds and almonds can help with hormone balance,” she adds.

The Bottom Line: You should not lose your period on a plant-based diet

Make sure you are eating enough calories and including heart-healthy fats such as flaxseeds and avocados in order to not lose your period when you go plant-based. Over-exercising can cause a loss of periods, as can disordered eating. If you lose your period, you should seek professional guidance from a dietician for your nutritional needs, and see a doctor to rule out serious health issues.

Should You Limit High-Carb Plant-Based Proteins? An Expert Answers