Is Spicy Food Good For You? Here’s Why You Should Heat Things Up 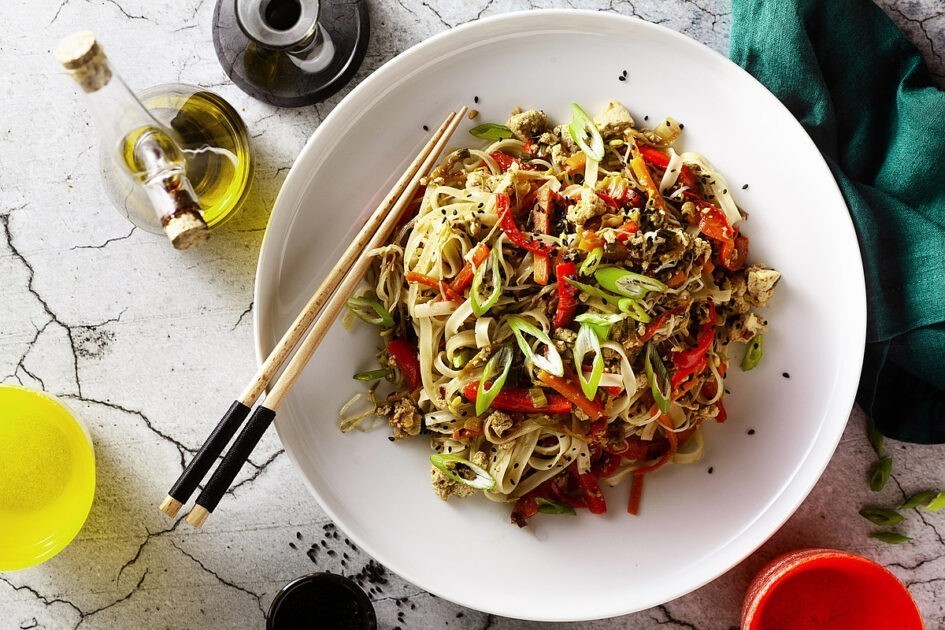 You may have always heard that spicy foods are good for you. Like a good workout, spicy foods can make you sweat. Intuitively, we feel as if they are “burning a hole in the bad bacteria or incinerating any potential bugs or infections in our bodies. It’s a good instinct – here’s what is actually happening. And yes, it’s healthy, but in ways you may not predict.

When we eat spicy food, we sense its spiciness as the active ingredient in peppers, capsaicin, binds to a distinct class of vanilloid receptors in our mouths called VR1 receptors. These receptors signal to our body that we have just eaten food with a unique, favorable nutrient profile. If you have trouble stomaching spicy food, consider some of the benefits below and replace inorganic spicy foods with organic, whole-food plant-based spicy foods to reduce exposure to any irritating, inflammatory pesticides. They may have as much as 30 percent more nutrients; however, capsaicin is not a nutrient and has no calories or dietary content.

The 7 Benefits of Spicy Foods

Spicy foods have been shown to increase metabolism and reduce body weight without negative side effects. Scientists are beginning to explore the mechanisms by which this occurs, noting in this study that “chili pepper affects energy expenditure by triggering the BAT in the same way as the low temperature does, leading to increased energy expenditure via non-shivering thermogenesis.”

Capsaicin may also decrease adipogenesis, the process of fat accumulation. Red pepper intake at breakfast is associated with reduced protein and fat consumption at lunch. These two effects of capsaicin consumption dovetail quite nicely: If you are trying to lose weight, make a batch of Zooey Deschanel’s hot sauce recipe and have some with your breakfast.

When capsaicin enters the gut and binds to the special VR1 vanilloid receptor, the body creates anandamide, which reduces inflammation and the gut and reduces the risk of tumors.

The anandamide created as a result of eating spicy foods is an endocannabinoid that binds to cannabinoid receptors in the brain, increasing one’s mood. Further, capsaicin may be associated with increased activity of the central opioid system, which would explain its analgesic effects.

This stimulation of the central opioid system and release of endorphins caused by capsaicin binding to the gut reduces chronic pain, triggering desensitization of pain receptors. Because of this effect, capsaicin has even been studied as a topical agent, though it is probably best taken internally as rashes are common following topical application of capsaicin.

A 2015 study in the British Journal of Medicine found that habitual consumption of spicy foods six to seven days a week was inversely associated with total morbidity and specific causes of death like cancer, heart disease, and respiratory disease. Make some spicy recipes from The Beet like cauliflower tacos with sriracha or jalapeño poppers and you might live longer!

Studies like the one above stress that causation cannot be ascertained through epidemiological devices; what is needed is a clearer understanding of the biological mechanisms that create the association between dietary capsaicin consumption and reduced cancer morbidity. However, the epidemiological evidence is there and bolstered by this, scientists have begun the search for biochemical causation. One study, for example, investigates the recent discovery that “capsaicin targets multiple signaling pathways, oncogenes and tumor-suppressor genes in various types of cancer models.”

Who wouldn’t like a little extra protection against microbes and viruses these days? Capsaicin has been shown to decrease the cell invasiveness of microbes, but the mechanism by which this occurs is a little more complicated than just heating up the body.

The study further notes that capsaicin has been demonstrated in controlled studies as effective against two forms of food-borne pathogens and three viruses.

If you are looking to keep your energy levels stable, look to capsaicin to lower your blood sugar. This will keep you on and even keel as you move through your day – yet another reason to add some spice to your breakfast!

Which Spicy Foods are Healthy?

As a general rule of thumb, even though capsaicin is so promising as to perhaps be a superfood, it’s best to eat spicy foods that are whole-food plant-based. For example, you may not want to eat GMO wheat-based meat substitutes fried in oil saturated with pesticides, throw some hot sauce on it, and say you are eating buffalo wings because they are healthy.

If you have stomach ulcers, gallbladder issues, rosacea, or similar conditions, you may want to reduce greatly or eliminate spicy food consumption.

Are Jalapeños Good for You?

Jalapeños contain a moderate amount of capsaicin compared to other peppers, which make them quite popular for a pleasant piquancy. They are widely used commercially, but it’s best to make your own hot sauce to ensure there are no animal derivatives in the sauce.

Though jalapeños are small, they are a concentrated source of fiber, folate, manganese, and Vitamins C, B6, A, and K.

Jalapeños may even protect against strep throat and tooth decay.

Is Hot Sauce Good for You?

Hot sauce is a great source of capsaicin, however, read ingredient labels carefully. You want to avoid consuming too many added oils, preservatives, and refined sugar. Look for a certified organic hot sauce to ensure that the manufacturer is health-conscious.

We are very lucky that – in many cases – our tongue can steer us in the direction of healthy food. Couple this with the discrimination to fewer foods of higher qualities and Mother Earth has made it easy to enjoy a plant-based lifestyle that keeps us feeling good.