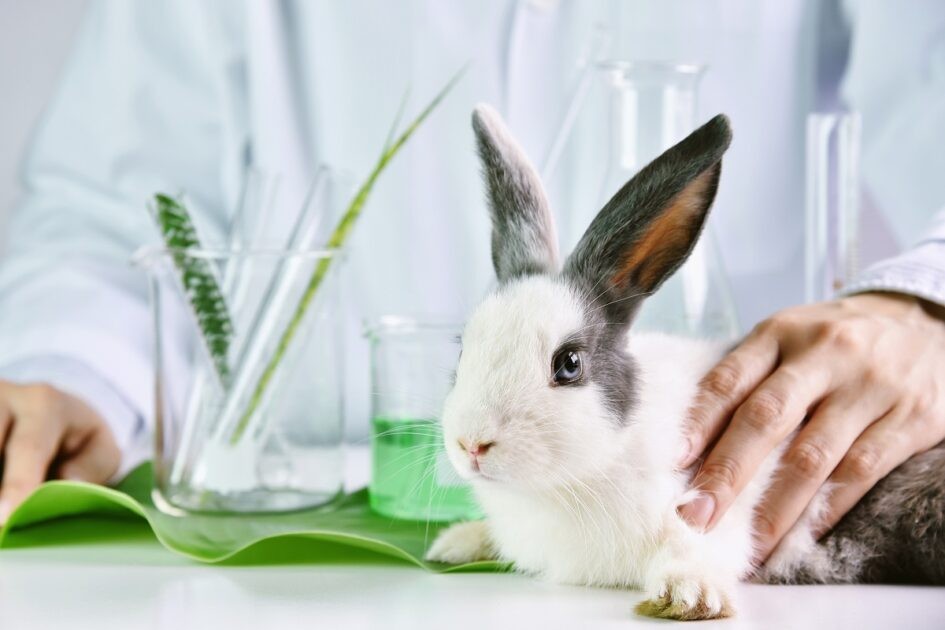 Does animal testing work? What are the alternatives? In this blog, we answer common questions about this topic.

Please note: there are no graphic images in this blog but inevitably some of the details are distressing.

On Thursday 16th September 2021, the European Parliament passed a resolution to accelerate the transition away from using live animals for research, regulatory testing and education. It is a positive step along the painfully slow path towards ending cruel animal testing practices in laboratories.

Back in 2007, the European Parliament, which is made up of elected politicians from each EU country, adopted a declaration to end the use of Great Apes and wild-caught monkeys, and to set a timetable to end all experiments on primates. It was a wonderful victory but there came an intense backlash, with the industry lobbying hard to halt this progress.

And in 2010, when the law governing the use of animals in laboratories was updated, this declaration was not upheld. Instead, the new regulation set out its goal of “full replacement of procedures on live animals … as soon as it is scientifically possible to do so”. Without binding goals, it was feared that this fine-sounding aim would prove to be meaningless, and the last decade has shown that those fears turned out to be true.

Since then, with no incentive to change, there has been no real difference in the number of animals used. The industry simply went back to “business as usual”. Now the European Parliament is reminding the pharmaceutical and research industries once again of this commitment, and putting pressure on the European Commission to make some long overdue progress. While this is incredibly positive, history tells us that we should not expect the end of animal experiments any day soon.

What is Animal Testing?

Cruelty-Free International defines an animal test as “any scientific experiment or test in which a live animal is forced to undergo something that is likely to cause them pain, suffering, distress or lasting harm”.

At the end of the experiments, almost every animal is killed.

How Many Animals are Used in Research?

In the UK alone, almost three million experiments on animals took place in 2020. That doesn’t mean three million animals were used. Some animals endure more than one “procedure” but there are many, many more animals who were bred but not used. These individuals are simply killed without their lives ever being counted.

In some countries, not every animal is even classed as an animal. In the United States, rats, mice, fish, amphibians and birds do not qualify for the basic legal protections given to other animals in laboratories. This means there doesn’t need to be any justification to experiment on them and their lives and deaths are not counted in any statistic.

So, no one really knows the global figure because not every country collects data and for those that do, the data is not accurate. The Lush Prize, which incentivises innovative and effective animal-free research, suggests that the global figure is likely to be in excess of 115 million animals every year.

Which Species of Animals are Used in Laboratories?

Many animals including dogs and cats are bred inside laboratory facilities and will never experience life as they should. Horses, cows, sheep and pigs are often supplied by dealers and may originate from racing stables or farms. And, almost unbelievably, monkeys are still taken from the wild and forced to breed inside farms in countries including Mauritius and Vietnam. Their offspring are then sold off and shipped to laboratories around the world, including the UK. Wild-caught monkeys themselves are still used in experiments outside of Europe.

Watch this fascinating discussion between Ricky Gervais and Dr Ray Greek about animal testing, why it continues and whether it works.

What Sorts of Experiments are Done?

It depends what you mean by “work”. As we have seen, most basic research does not lead to any medical advancement, and the outcomes of testing products including medicines on animals very much depends on the species. After all, if a product is safe and / or effective in guinea pigs but not in rabbits, what does that mean for people?

Animal experimentation began in ancient Greece but really became commonplace in the seventeenth century at the dawn of the European enlightenment. It can be a pretty crude way to try and find an answer, that ultimately has to be tested in another species: humans. With modern technology, however, we are increasingly finding better, quicker, cheaper, and more reliable ways to get more effective solutions.

Are there any animal testing alternatives?

Campaigners state that ending the use of animals in laboratories is not a choice between protecting animals and people, and it does not mean ending medical progress. Far from it. The development of non-animal testing methods is growing fast and includes using human cell cultures, “organs-on-chips”, donated tissues, computer modelling, volunteer studies and epidemiological studies. You can find out more about these advances here and here.

Does the Law Protect Animals in Laboratories?

In some countries there is no legal protection at all, while others offer some legal protections to some animals, but all over the world severe suffering is legally permitted on sentient animals. And there is nowhere on Earth where a dog in a laboratory is afforded the same protection as a dog in a home. In the UK, the Animal Welfare Act (AWA) specifically excludes animals in laboratories as if they are somehow different to the very same species living elsewhere.

Even when there are laws in place, some brave investigators and whistle-blowers have managed to obtain information about shocking abuses and neglect within laboratories, including:

• At a contract testing facility in Spain, a whistle-blower revealed animals being smacked and shaken, dying animals being taunted and mocked, poor handling leading to spinal injuries and legal breaches (April 2021). See more here.
• At a German laboratory, undercover footage revealed dogs lying in blood and excrement, distressed primates spinning in circles in tiny cages, dead beagles hung up on meat hooks, and macaque monkeys violently handled, restrained and force fed (Oct 2019.) See more here.
• In a laboratory in the USA, an investigator reported poor living conditions, sick and dying animals going untreated, cats handled in such a way as to cause them stress and cats deprived of water (June 2017). See more here.
• In Canada, an investigation found animals were thrown, slammed, suspended by their ears or limbs and struck in the face. Wounds went untreated and a faulty system left monkeys without water to drink (2016). See more here.

Who Pays for This?

In the UK, we all do. A large proportion of animal experimentation happens inside universities, often paid for by taxpayers. And health charities also often fund or conduct animal experimentation, which is paid for by our donations. Other research happens in corporate laboratories and the costs are factored into the business model of bringing new products to market, ultimately paid for via the NHS in our taxes.

How Can We Help?