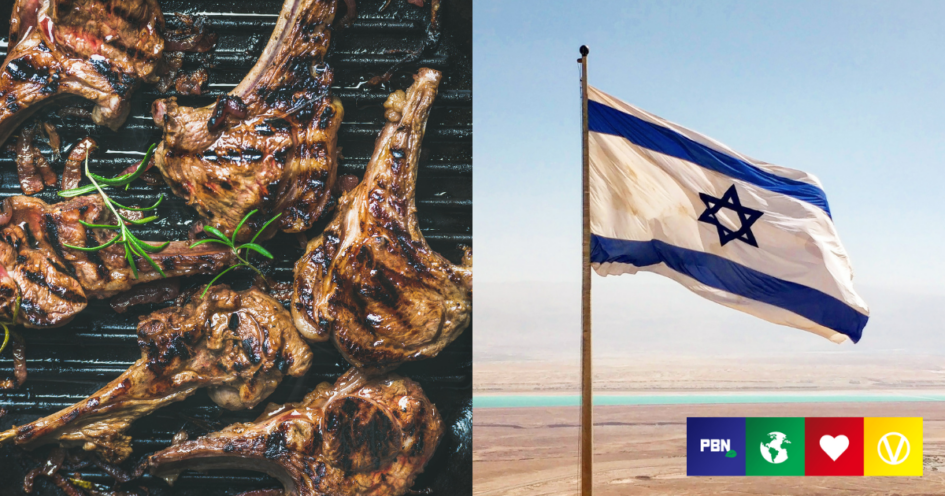 Israeli president Isaaz Herzog and government ministers in his cabinet are championing cell-cultured meat. Namely, its power in the fight against the climate crisis, and the importance of better funding the industry.

This comes ahead of COP26, the UN summit which gathers global leaders in Glasgow to agree a fighting plan against climate breakdown.

Here, environmental and energy ministers Tamar Zandberg and Karine Elharrar joined him – alongside plant-based companies including Zero Egg and InnovoPro.

In a statement, Hertzog announced: “It is imperative that we take advantage of the international stage in Glasgow to present the extensive Israeli climate tech and solutions we can offer globally in climate innovation and development of alternatives to animal protein.

“We certainly have much to be proud of.”

He claimed that he’s ‘the first’ president to try the delicacy – dubbed by many to be the answer to ending factory farming. ‘It was amazingly delicious’, he said on Facebook.

Is cell-cultured meat the solution?

Zandberg added: “I ate chicken for the first time in seven years, it was cultivated chicken. This technology will not only change Israel but will contribute to the whole world.”

Managing director Nir Goldstein told PBN: “It is not a coincidence that food tech and alternative protein are at the forefront of the Israeli delegation to Glasgow… This Israeli technology is a strategic asset to our country in this era of climate crisis.”