It is possible to be a vegan in rural France? 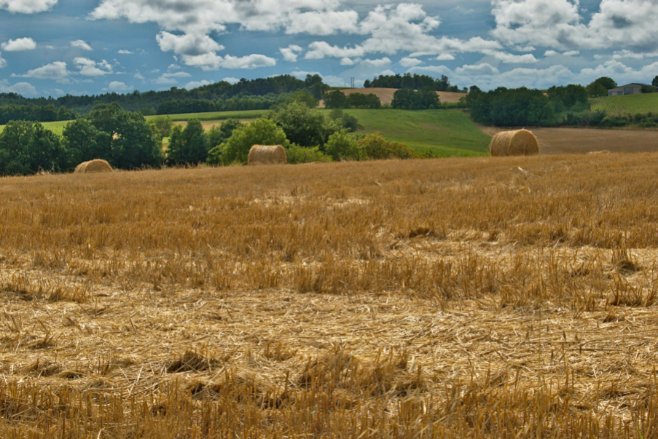 France is renowned for its gastronomy – with the Michelin Guide highlighting the best chefs in France and around the world. It’s also renowned for its love of duck, foie gras and hearty, meaty stews. Which can make being vegan, if you live in a rural area, a big challenge.

Until recently – as recently as 2020 – if you were a vegetarian or vegan in France, it was very difficult to obtain the variety of products that have been common in the UK and the USA for many years.  And eating out was almost impossible, unless you ate endless salads – or omelettes if you were vegetarian. Although even a plain salad was almost unheard of, except as a side dish, and then it was only a few lettuce leaves!

Unless you were very specific, you were likely to find ‘lardons’ (bacon bits) in your omelette or sprinkled over your salad. If you didn’t speak French, it must have been impossible to go to a restaurant. In 1994, the UK was hit by the BSE crisis, when it was discovered that the disease could be passed to humans. As a result, my then eight-year-old daughter decided to stop eating meat. As a busy working mum of three, with no knowledge of how to provide a balanced, meat-free diet, it was a relief to find the wonderful ranges of products by Linda McCartney and Quorn in my local supermarket. But when we came on holiday to France – there was nothing. If we went to a restaurant for a meal, we would ask for an omelette – and this would often arrive with lardons. The chef simply couldn’t understand why anyone would want a plain omelette. Unfortunately, my daughter wasn’t a fan of mushrooms at the time. It may have been possible to find vegetarian and vegan meals in cities with a large immigrant population, but we always holidayed in the countryside.

I now live in the rural southwest of France, land of d’Artagnan, ducks and foie gras. I have only recently taken steps towards becoming vegan. That is certainly a challenge here. I subscribe to some vegan cooking sites – but often find I can’t obtain the ingredients for the recipes in my local shops. However since 2020, supermarkets have begun to stock a variety of prepared vegetarian and some vegan products such as plant-based burgers and ‘steaks’ (though a recent law here forbids the use of ‘steak’ and ‘sausage’ for non-meat equivalents). If you’re lucky, tofu is sometimes available. I even spotted vegan mayonnaise in one major supermarket recently. That is a huge development!

Yesterday, I was surprised – and delighted – to see an advert in my Facebook feed for a new French company offering organic, plant-based cheeses. So there is definitely progress; the French are finally beginning to see the benefits of reducing meat consumption and eating plant-based foods.

In the public arena, things are also changing. Schools must now, by law, provide one vegetarian meal each week. In one area, the mayor has ruled that the entire weekly menu should be vegetarian, causing much consternation among the locals who are contesting the ruling. There’s further progress – from 2023, a vegetarian alternative must be available in the canteens of public companies every day. I hope it won’t be long until a vegan option is also offered everywhere.

When it comes to dining out, the locals are not generally interested in anything ‘different’.  The rare Thai or Indian restaurant that opens usually doesn’t last long. So, being a vegan usually means a very limited menu if you live in a rural area. Fortunately, there’s a lovely little restaurant not far from me, run by a Dutch couple. With a few days’ notice, the chef is happy to create a vegan menu for his customers. In cities, there is much more choice. I met my now-vegan daughter in Paris in March 2020. I was delighted to find there were many vegetarian restaurants, most of which also offered vegan dishes.

The 2021 Michelin Guide caused a storm recently by awarding one Michelin Star to the ONA* (‘Origine Non Animale’) Restaurant in Arès, in the Bay of Arcachon. An amazing achievement for owner Claire Vallée – not only for her restaurant, but because hers is the first vegan restaurant in the world to receive a Michelin star! In 2021, 10,000 French people took up the challenge of Veganuary**. As more people choose a vegetarian or vegan lifestyle, supermarkets and restaurants will adapt. So yes, it is possible, though still a challenge, to be a vegan in rural France – but it is becoming easier.