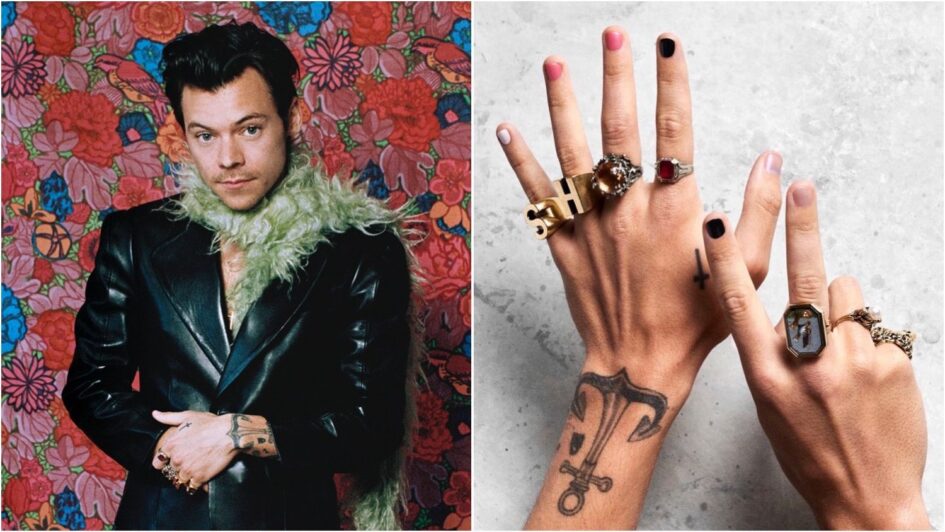 The newest member of the celebrity beauty club is singer, songwriter, actor, and former One Direction-er Harry Styles.

Styles’ new line, called Pleasing, is rumored to be launching at the end of this month, and will feature pearl-themed 12-free nail polishes, a serum, and The Pleasing Pen, reports beauty news Instagram account Trendmood. The latter is rumored to be multipurpose, with one end featuring a hydrating eye gel, and the other a soothing lip treatment.

Styles himself is yet to make an announcement about Pleasing, but eagle-eyed fans have spotted a few clues that indicate the brand’s products are about to launch. For a start, there is an official, verified Pleasing Instagram account, plus an (albeit empty) website. And back in the summer, Styles was photographed wearing a hoodie with the slogan “Pleasing.” A similar sticker has also been spotted on his phone case.

According to pop culture website The Honey Pop, Pleasing was secretly available for pre-order earlier this year, but sold out immediately, without any official publicity whatsoever. The publication also claims the new line will be gluten-free, vegan, and cruelty-free.

The brand is also widely reported to use ethically-sourced, environmentally-friendly ingredients. And, according to The Honey Pop, has also partnered with non-profit Nest, which supports craftspeople and handworkers around the world to create a more gender-equal and economically-inclusive craft industry.

The celebrity beauty world is booming

In an interview with Elle, the pop star acknowledged that the beauty world is getting crowded with celebrities. She said: “I was nervous about [starting r.e.m.] because I don’t ever want to just jump into something that is popular. It has to feel super intentional and super fueled by passion. It has to feel super authentic to me.”

Hailey Bieber also announced her new beauty brand Rhode in September, which has been in the works for two years, and she claims will offer affordable, quality products.

This New Vegan Sashimi Looks Just Like Tuna, Calamari, and Salmon. Here’s How to Get It Delivered.