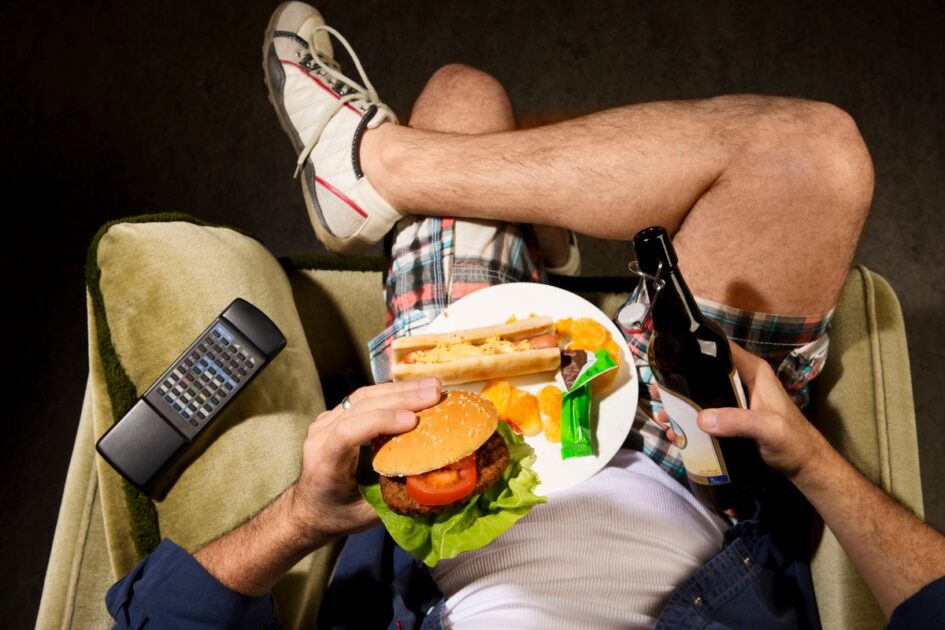 It’s football season. My friends and I are vaccinated. And so we recently found ourselves resuming an age-old tradition — gathering at a local bar to watch the game and relishing in the novelty of being out and about together for the first time in a long while.

We picked a favorite spot, one that is renowned for its craft beers and juicy burgers. For the first time at this particular establishment, I noticed an Impossible Burger on the menu. I steeled myself for the ridicule that would arise when I ordered it, taking an extra gulp of my perfectly hazy beer. After all, this is the same group of friends that considers the celery that comes with Buffalo wings a nuisance.

Yet when the moment of truth came, my order sparked a surprisingly thoughtful conversation about all the reasons eating less meat is a good idea, from environmental concerns to health factors. It felt emblematic of a cultural shift; if these guys are willing to eat less meat, then perhaps society really has reached a tipping point. It got me wondering: what was behind this veggie-curious breakthrough? And will whatever caused it spread to bros the world over?

Some of the historic resistance to plant-based eating amongst this crowd can be attributed to the way our culture implicitly or explicitly ‘genders’ food. Researchers have found that men who don’t eat meat are perceived as ‘less masculine.’ Consuming meat – sometimes in large, messy quantities – can represent a certain idea of masculinity. On 10 cent wing night in college, my crew would always start with debate over how many wings to order. The unspoken rule was that no number was too high, but there were definitely numbers that were too low. Suggesting moderation would make one appear less vigorous, and half of our college experience was proving our vigor to one another (the other half was academics, okay mom?).

Detangling the association between masculinity and meat consumption is an essential step towards destigmatizing plant-based diets and encouraging wider adoption.

At the school where I work now, the cafeteria always features a meat option and a vegetarian option side by side. Simply having two good options presented trigged a significant reduction in my own meat consumption. When it doesn’t take any additional effort or special requests to get a meat-free option, it becomes an easy call. This is known as choice architecture; people can be nudged towards better choices through adjusting the available options.

But while a cafeteria might make veggie options a policy, what about at a meat-loving friend’s house party, where the choices are burger, hot dog, wings, or a celery stick?

“If it’s a burger night I might just grab cheese, lettuce, tomato, and onions, and have two veggie and cheese sandwiches on a bun,” says John O’Neill, a college athletics director, former D3 athlete, and someone very familiar with bro code. “If I can have whole foods that feel fresh as opposed to this cow that was pushed through a meat grinder and shipped halfway across the country, that is what I’ll choose.”

O’Neill began cutting back on his consumption 10 to 12 years ago after researching the deleterious health effects of meat, and was particularly convinced by a nutrition book entitled The China Study. When I asked O’Neill how he deals with the perception of his veggie choices, he gave a response that might shift the balance of masculinity back over to the vegetable side of the table (which I’m paraphrasing here to make it PG): “I’m at a point in my life where I don’t care what other people think. If someone called me out, I would just say I watch how much meat I eat. If someone cares what I eat it’s like, really?”

Adopting this kind of attitude might allow bros to make a better choice without feeling like they are letting Robert Mitchum down. In addition, plenty of athletes have forgone meat in recent years, including Steve Nash, Chris Paul, and Tom Brady. Increasing the spotlight on these dietary decisions by elite athletes might create a trickle down effect by which the rest of us weekend warriors follow suit. If the GOAT can give up goat en route to seven Super Bowls, maybe a similar diet can help us at least contend in our local beer leagues (just don’t ask us to give up the beer).

RELATED: The Best Veggie Burger Spots in the U.S.

These Sophisticated Cannabis Recipes Will Change Your Whole Idea of ‘Edibles’