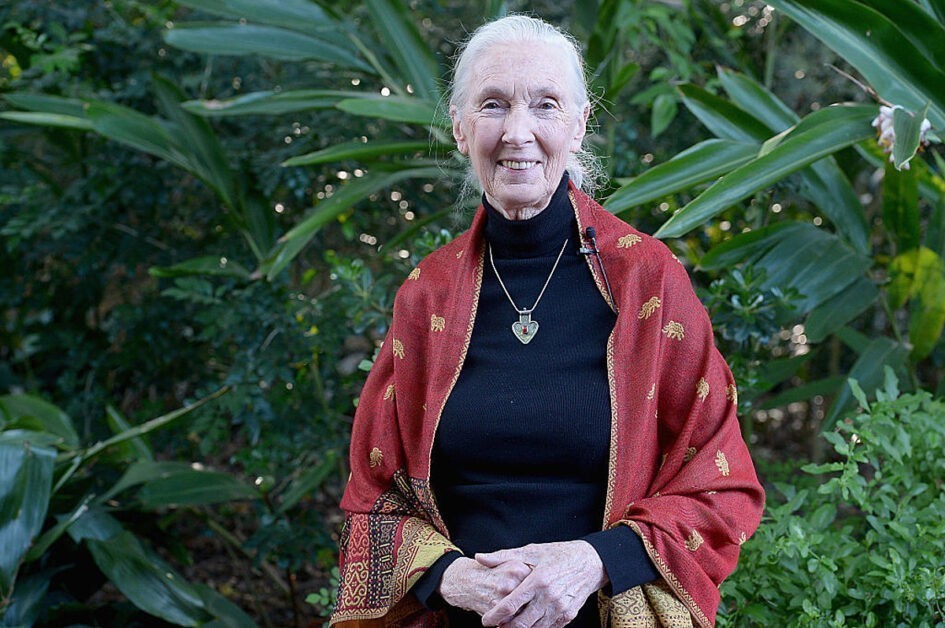 Legendary primatologist and environmentalist Jane Goodall is slated to narrate the upcoming documentary entitled Meat the Future – a film focused on the future of agriculture and cultured meat. Meat the Future spotlights the growing cultured meat market as companies worldwide begin to develop methods of replicating animal products without any slaughter necessary. The acclaimed conservationist joins director Liz Marshall – the creator of Ghosts in Our Machine – to examine the lab-grown meat pioneer Upside Foods in its mission to create a sustainable, slaughter-free meat product.

“Over five years, our lens was situated at the forefront of a historic and hopeful movement of change,” Marshall said in a statement. “What the future holds for cultivated meat is unclear, but I believe its revolutionary journey into the world will stand the test of time.”

Originally named Memphis Meats, Upside Foods was founded by cardiology Uma Valeti in 2015 to research how meat products could be created through cell-based fermentation. The company uses a sample size of animal cells to multiply them in a bioreactor, creating a final product that is contained, sustainable meat that tastes and looks indistinguishable from traditional meat.

The documentary aims to explore the growing food system that claims to be revolutionizing animal agriculture. The documentary begins in 2015 when Upside Foods developed a cell-based meatball, which cost the company nearly $18,000. Following its development over the years, the film showcases its technological strides and experimentation within the new food industry. The company claims it will be able to provide consumers with affordable, cell-based meat.

The film initially premiered at the 2020 Hot Docs Film Festival in Canada. The documentary is being released again with updated statistics, breaking news, and narration from Goodall.

A recent report from the Journal of Nutrition Education and Behavior found that nearly 30 percent of consumers were trying to eat less meat or choosing plant-based alternatives due to environmental reasons. As the climate crisis continues to worsen, consumers worldwide have begun prioritizing sustainable foods over environmentally costly animal products. The figure compares to only 20 to 25 percent of consumers motivated by health, animal welfare, or cost.

“I’m excited about the documentary because it is solution-focused,” Goodall said in a statement. “The film proposes a way forward, to reduce methane, to reduce water and land use, to lessen the suffering of animals, and to prevent future viral outbreaks. I hope it sparks your imagination and inspires change.”

Goodall uses her platform to support projects that put environmental protection at the front, believing that it is essential to restructure the food systems worldwide to curb the rising greenhouse gas emissions. The activist’s support for the Meat the Future documentary comes ahead of the UN Climate Change Conference (COP26) in Glasgow, UK. The film advocates for the dismantlement of the traditional animal agriculture industry, citing that it is responsible for 14.5 to 16.5 percent of all human-caused greenhouse gas emissions.

A recent report from the independent research consultant CE Delft concluded that cell-based beef production would reduce air pollution by 93 percent and climate impact by 92 percent. The study also found that as compared to current meat production, cell-based meat would waste 78 percent less water and use 95 percent less land.

Last year, Upside Foods secured $161 million during its Series B funding round, marking the largest investment for a cell-based protein company at the time. The company allocated the money to create affordable cell-based meat and expand its portfolio. The company also is expanding and preparing for its public commercial debut.

Upside Foods just partnered with acclaimed Michelin Star Chef Dominque Crenn to feature its cell-based chicken on her signature restaurant Atelier Crenn. The San Francisco-based restaurant has not served meat products since 2019, meaning that the inclusion of the new lab-grown chicken will mark the first time she’s incorporated meat back into her menu. Crenn announced that she plans to be the first US chef to introduce cell-based chicken to American consumers.

“When I tasted UPSIDE Chicken for the first time, I thought, this is it. This is the future of food. The look, smell, and sear – UPSIDE Chicken is just delicious,” Crenn said. “People are finally waking up to the downsides of conventional meat production, which led me to remove meat from my menus several years ago. Chefs need to lead the way in making more conscious product choices. I am excited to be collaborating with UPSIDE Foods and am looking forward to bringing meat back to Atelier Crenn that is delicious and better for the world.”