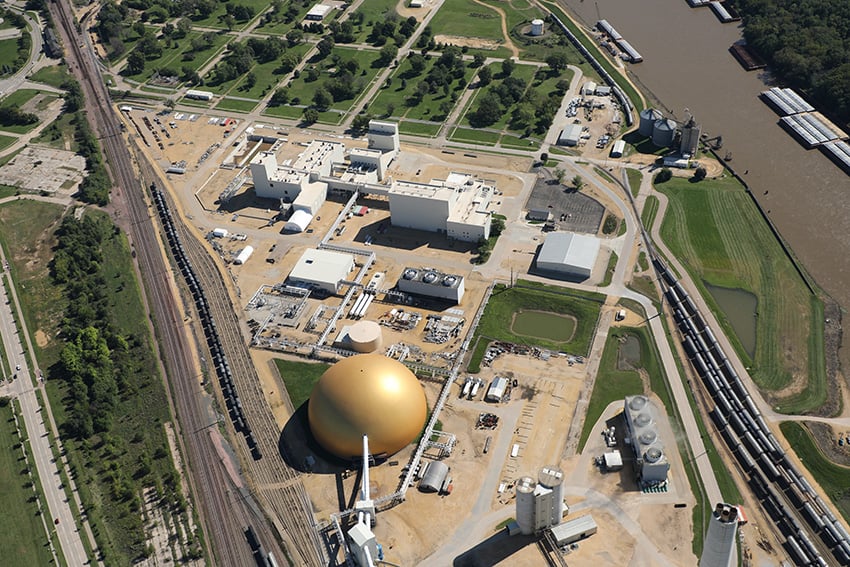 The raise follows on from a third-party allocation of new shares which was announced in September. Together, the two initiatives have raised a total of $565 million in funding.

Spiber uses precision fermentation to produce polymers that can be used to make animal-free spider silk, wool, cashmere, leather, fur, and other materials. While many vegan fabrics are criticised for their reliance on plastics, Spiber’s products are free of crude oil and entirely biodegradable.

In September, Spiber announced that some of the new funding would go towards in Iowa, USA. It will be the company’s second international facility, after it opened one in Thailand earlier this year. While the Thai factory can manufacture hundreds of tonnes of polymer in a year, the Iowa location will be able to produce thousands.

Products made with Spiber’s materials are already on the market — for example, the company has partnered with sportswear brand Goldwin to launch a . But the next challenge will be to produce the materials on a wider scale.

“One of the biggest turning points in our company’s history”

“We are now standing at one of the biggest turning points in our company’s history,” Spiber’s Representative Director Kazuhide Sekiyama told . “Up until now, we have primarily focused on making progress with R&D initiatives and emphasising in-house development. From this point on, we’re advancing to the second stage of our business plan, which is establishing mass production in order to achieve product profitability. We are very much looking forward to seeing our materials in consumers’ hands at a global scale in the next few years.”