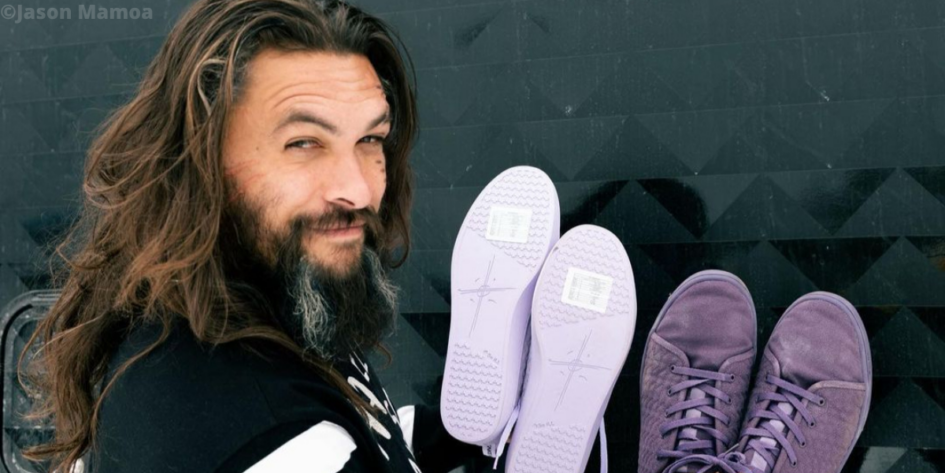 Jason Momoa’s new limited-edition vegan shoes are part of the So iLL x On the Roam collection.

The So iLL x On the Roam collection launched in 2019.

Jason Momoa, in collaboration with So iLL, have released two new limited edition vegan shoes as part of the So iLL x On The Roam Collection. The Unity Purple and Yaya Lavender Roamers feature an organic cotton upper, @bloomfoam algae insoles with a top layer of cork and biodegradable outsoles. So iLL stated that the outsoles are better for the environment because they help reduce decomposition time when they react with microbes found in landfills

In addition to his vegan shoes, Momoa launched his own brand of canned water named Mananalu. The cans are made from recycled aluminum and the business was created to reduce the amount of single-use plastics that end up in the ocean.

Momoa isn’t vegan himself, but has spoken about animal rights and environmental issues in the past.

The actor most known for his role in Game of Thrones is passionate about sustainability. In 2019, Momoa addressed the United Nations to talk about the issue of ocean pollution and water inequality. He said: “We are a disease infecting our planet. From the atmosphere to the Abyssal Zone, we are polluted.”

You can preorder the limited edition vegan shoes here

In other news, Beyond Meat Partners with McDonald’s, Pizza Hut, Taco Bell & KFC