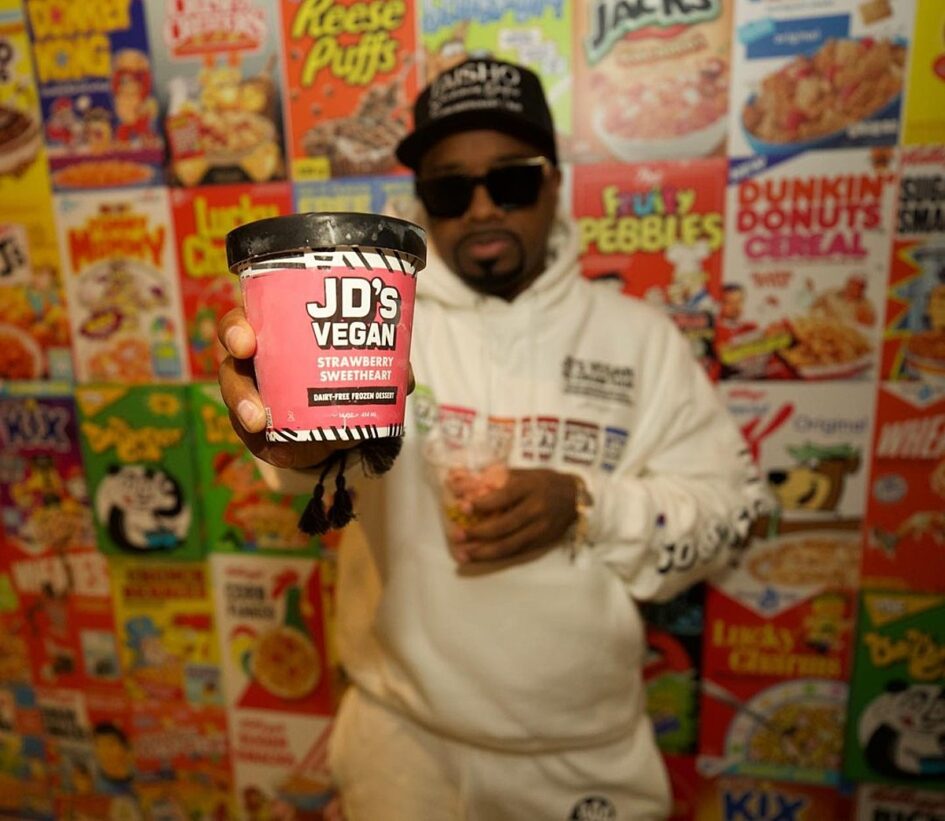 Grammy Award-winning producer Jermaine Dupri – who has worked with stars like Mariah Carey and Usher – is about to make the world even sweeter by selling his new line of vegan ice creams at Walmart. Dupri announced his JD’s Vegan line last summer to his fans, a collaboration of his own vision for a vegan frozen dessert, produced by ice cream expert Malcolm Stogo and Big Innovations Group Inc. The brand uses a coconut cream base to achieve a creamy texture, and a lineup of flavors inspired by Dupri’s music.

“Walmart and I share the same vision of providing consumers with the best products and making healthy alternatives accessible to everyone,” Dupri said in a statement. “JD’s Vegan ice creams taste as good as, or better than, the real thing. You don’t have to lose anything going vegan. JD’s Vegan ice cream proves you can gain nothing but quality foods with out-of-this-world flavor and taste.”

JD’s Vegan ice cream can be purchased on Durpi’s website and select Walmart stores for $6.47 per print. The brand will expand its distribution, with more flavors in the works. It plans to unveil three additional flavors next month, including Cookies & Cream, Key Lime Pie, and Chocolate My Way. All six flavors will be available in-store and online starting December 28.

Dupri, who went vegan over 15 years ago, told The Beet that he set out to develop a vegan, non-GMO dessert option that could be enjoyed by everyone. The vegan ice cream brand aims to help broadcast the potential for vegan eating, especially within the dessert sector.

“A lot of people who are involved in the vegan brands are not vegan,” the Dupri told Rolling Stone. “I don’t know how people who are not vegan can be trustworthy in this space for us. I felt it was important for somebody like myself to produce something.”

Vegan ice cream has established its place on the stage as several companies begin to experiment with dairy-free options. A recent report from Allied Market Research projects that the vegan ice cream market will reach $805 million by 2027 as consumers worldwide begin to accept sustainable dessert options. Dupri hopes to capitalize on this rising interest, noting that he designed his ice cream not only for vegans but for all interested consumers.

Dupri has inspired others in his life to eat vegan food, including his mother Tina Mauldin who makes plant-based versions of southern classics. Mauldin shared vegan signature dishes with The Beet earlier this year. Now Dupri is focusing on bringing vegan treats to everyone.