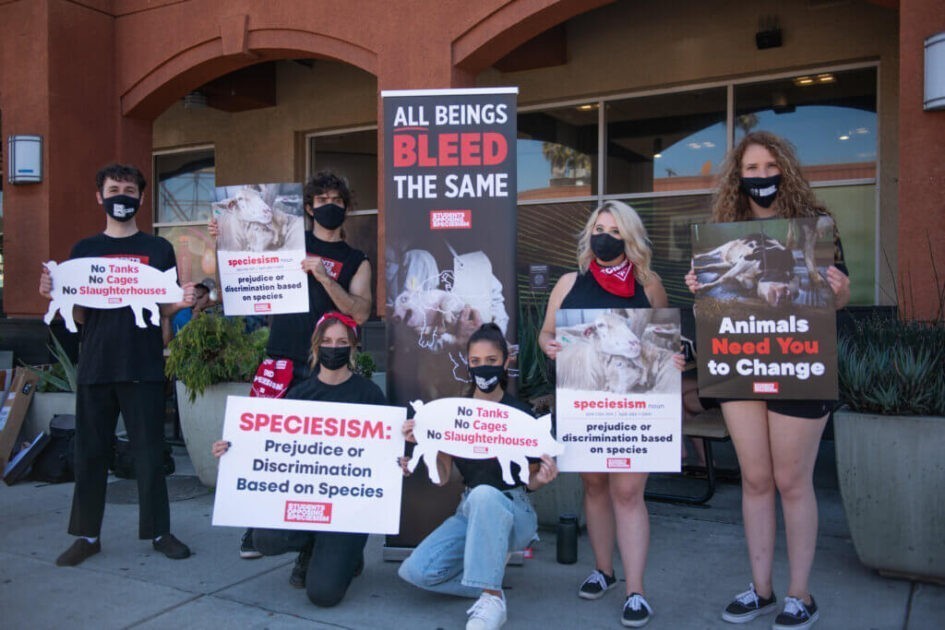 More than 110 million animals—including mice, rats, frogs, rabbits, primates, cats, and dogs—suffer and die in the U.S. every year in cruel chemical, drug, food, household product, and personal-care product tests; in medical training exercises and curiosity-driven experiments at universities; and for classroom biology experiments and dissection. 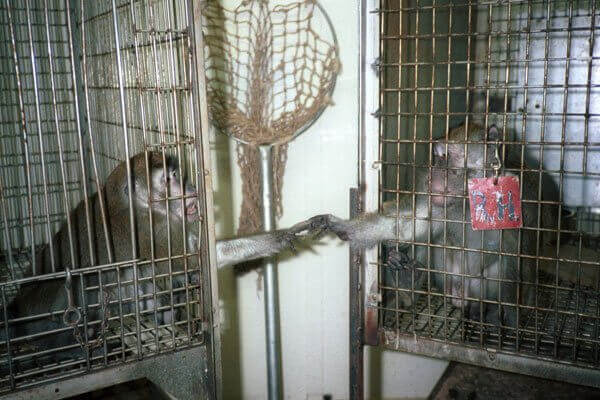 Animals used for food are crammed by the thousands into filthy, windowless sheds or stuffed into wire cages or other cramped enclosures.

Billions of fish—along with “nontarget” animals like sharks and sea turtles—are caught and killed each year by the commercial fishing industry.

Skin is torn off animals to make leather, birds are held down while fistfuls of feathers are ripped from their sensitive skin, and small animals are caged for life before being violently killed for their fur. Sheep are stomped on and beaten in the wool industry, alpacas are forcibly restrained and mutilated for their fleece, and goats scream in pain as their hair is torn out with sharp metal combs for cashmere. 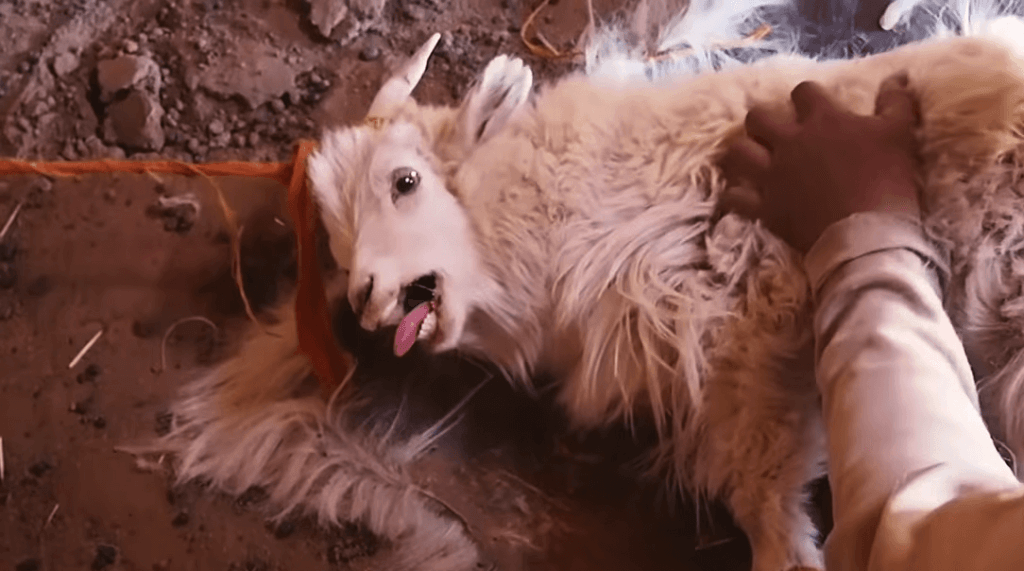 Elephants, bears, apes, and other animals are kept chained or caged in barren and filthy enclosures, regularly separated from their family and friends, and sometimes carted across the country inside cramped trailers. They’re coerced into doing tricks under the threat of physical punishment for the sake of human entertainment. Many are forced to perform until they die.