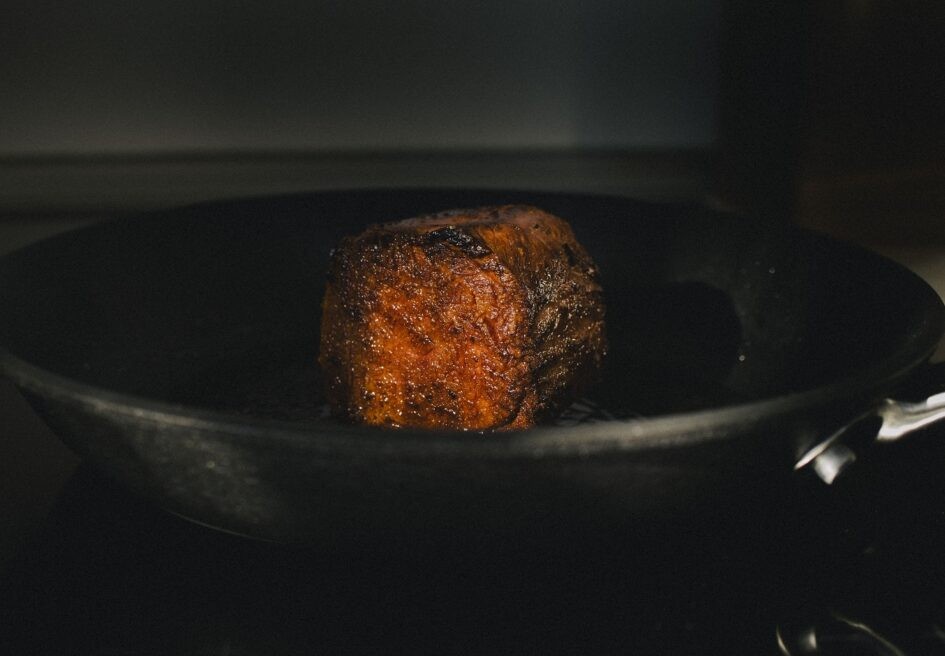 announces a $4.5M raise to bring its to market. The funding marks the first investment made by new climate tech investor , who led the round after launching a €350m fund last week.

World Fund has been initiated by the tree-planting search engine , and is the brainchild of Ecosia’s founders, Christian Kroll and Tim Schumacher, and Ecosia’s head of investments, Danijel Visevic, who comments: “There has been a seismic shift in recent years towards plant-based alternatives, driven by a generation who want to make a real difference to the planet and their health. However, so often they’re met with poor substitutes, or they resist going fully plant-based because they’re not ready to give up on little luxuries, like whole cut meats.

“The team at Juicy Marbles acutely understands this. Their realistic and considered approach, combined with their technology – and appetites! – has seen them finally crack a major piece of the plant-based puzzle,” he adds.

Juicy Marbles Co-founders Tilen Travnik, Luka Sincek and Maj Hrovat, recent Cohorts, are working on the development of a line of raw, plant-based steaks, beginning with the filet mignon, which they describe as “by far the most tender piece of plant meat you can get. The marbling is lush and evenly distributed, ensuring a bold, rich flavor experience with deeply perturbing aromas. The crust develops quickly, letting the center stay velvety and supple.”

Travnik, also CEO of the company, states today: “With our premium, A5 grade cuts of plant-based meat, we intend to achieve price parity already at launch, and beat the price of animal meat within the next 2-3 years. This funding will help us to scale up our operations and begin transforming the future of food. ”

Based in Slovenia, the company claims it will be the very first company to commercially release a plant-based filet mignon steak and also claims it is opening up a “whole new category of plant-based meat” with whole cuts steaks. Other companies also working on whole cut steaks made from plants and not from cell cultivated or 3D printed methods, include (Asia), (from fungi), and — although this is potentially the first filet mignon product made from plants.

Rather than using 3D printing techniques, such as or those working within cultivated cuts such as ; Juicy Marbles has developed its own patent-pending 3D assembly technology, enabling it to create premium, A5 grade cuts of meat, with full control over the shape, texture, marbling, flavours, aromas and nutrition.

A gigafactory of plant-based steaks

According to Co-founder and COO Luka Sinček, the company is “already making plans for a gigafactory of plant-based steaks. If we are to nourish ten billion people by 2050, we need to beat the heavily subsidized price of animal meat, we need to focus on scale. We believe this can help create an agricultural system that can be sustained in a way that won’t create a biodiversity collapse.”

Says Maj Hrovat, co-founder and CTO at Juicy Marbles: “What was important to us is that the process does not damage the nutritional profile of the product, ensuring customers get a wholesome, nutritious piece of meat with all the proteins, vitamins and minerals intact. We’re delighted we’ve been able to achieve this with our filet mignon and can’t wait to enable people across the world to enjoy this delicious plant-based steak.”

Vladimir Mićković, co-founder and CBO at Juicy Marbles, adds: “We tend to talk about the need for plant-based diets solely from an environmental aspect, but that places the problem in the future when we already have a humanitarian issue at hand. With 2 billion people dealing with food insecurity and 780 million people are malnourished, we need to find a solution that works for now. Diversifying our protein sources will play a key part in creating a more just food system and help us feed the world.”