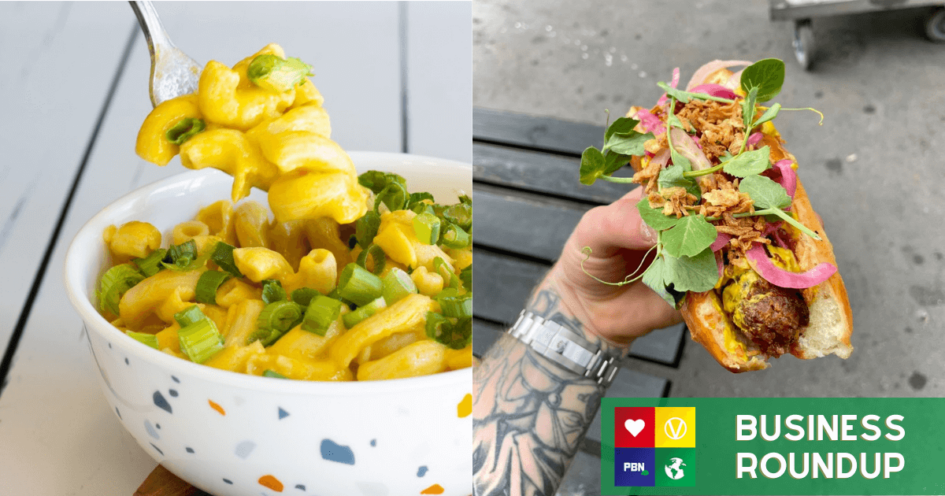 The plant-based movement is accelerating at an unprecedented pace. Investors don’t want to miss out and are injecting millions into the industry. Meanwhile, consumers reap the rewards as vegan and vegetarian food becomes more accessible around the globe.

Here are the latest updates in the vegan business world.

The investment is Kale United’s first in Denmark. “We’ve kept an eye on what’s been happening in the Danish market within plant-based foods for a while and have waited to find that one brand that we  believed in 100 percent,” a spokesperson from Kale United said in a statement sent to Plant Based News.

“And that, we believe, is an important part of the future in plant-based foods,” he added.

Ullerstam joined forces with a global network of advisors to bring Kale United to life. It aims to become a trusted authority in the plant-based community, and its overarching ambition is to make plant-based products more accessible around the world.

The company has already boosted the presence of brands like Astrid & Aporna, Bärta, and Heura in Europe.

Now, Hilton has agreed to acquire the remaining 50 percent of the company.

“This is the next natural step in our ambitions to broaden and diversify Hilton’s multi-protein offer,” Hilton CEO Philip Heffer said in a statement. “The completion of this transaction will further strengthen Hilton’s position within the vegan and vegetarian market, at a time when our customers are increasingly seeking out innovative, high quality vegetarian products at scale.”

Vegan food startup NUMU Food Group has raised an undisclosed amount in a Series A funding round. Unovis Asset Management and Clear Current Capital co-led the round.

Mark Langley, the Managing Partner at Unovis, said the vegan cheese has a ‘high performing melt, stretch, and taste’.

He commented: “About two-thirds of the world’s population is lactose intolerant, yet non-dairy cheese is still a rarity in pizza shops.”

NUMU said it will use the capital to boost distribution and product development and to launch national marketing campaigns.

“This is an exciting time for NUMU as we continue to develop the brand and expand our distribution,” said Gunars Elmuts, Founder of NUMU Vegan Cheese. Elmuts added that NUMU is ‘well-positioned’ to roll out to a ‘much wider audience’.

CHKN Not Chicken plans to use the funds to strengthen partnerships with Quick Serve and Casual Dining restaurants, and to expand across the US.

Each serving packs 20 grams of protein.

One of the world’s first vegan fast food chains is set to expand throughout North America, aligning with its long-term goal of becoming a global brand.

Odd Burger, which was the first vegan fast-food chain to go public, has just signed a new franchise agreement. The move will allow the company to set up its first Western location in Calgary, Alberta. It already has locations in London, Toronto, Vaughan, and Windsor.

“Our first West Coast location is a major milestone toward positioning Odd Burger as a global brand,” said Odd Burger Co-Founder and CEO James McInnes. “Strategic franchises are a big part of our growth strategy of expanding throughout North America.”

The new Calgary location is expected to open within three months of site selection and permit approvals.

Australian startup All G Foods has secured $15.5 million in funding, making it one of the largest seed funding rounds in the country.

All G will be the first Australian company to use precision fermentation to develop cow-free dairy protein, according to Founder and CEO Jan Pacas.

He told Food & Drink Business: “The technology is expected to revolutionize the meat and dairy industry and All G Foods plans to be at the forefront of this disruption.”

Clean Energy Innovation Fund (CEFC), one of the investors, said the technology can play a key role in cutting anthropogenic emissions.

“With plant-based proteins and proteins from technology like precision fermentation, we can feed a growing local and global population while putting less pressure on our environment,” CEFC CEO Ian Learmonth said to the publication.

All G also produces plant-based meat burgers, which are available in IGA supermarkets around the country.