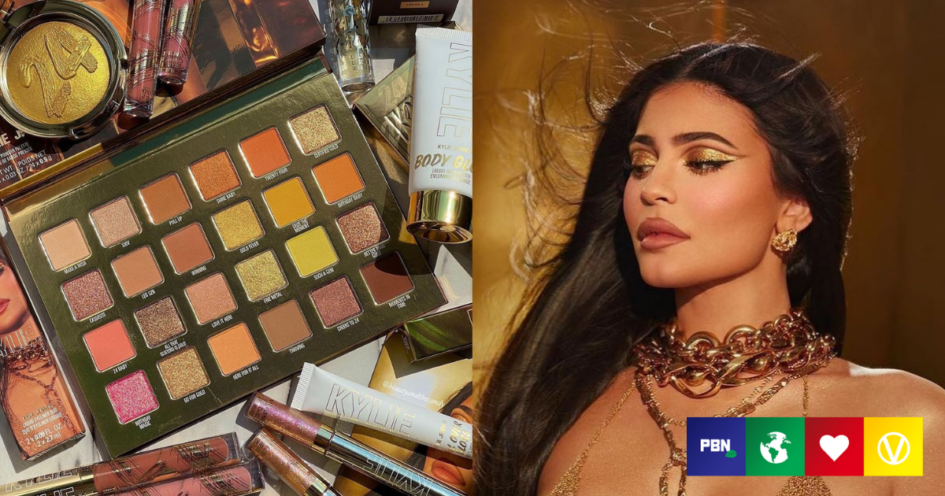 Kylie Jenner is rolling out a vegan make-up range for her 24th birthday, which was last week.

The 24k Birthday Collection is gold-themed and part of the newly revamped company that promises to be completely ‘clean’ and vegan.

Upon the release on August 10, the mogul said: “I wanted to do something extra special this year.

“The 24K Birthday Palette is one of my favorite palettes yet. And, every product in this collection is a brand new formula we’ve never done before, plus clean and vegan!”

It features a highlighter, lip serum, gloss, and eyeliner as well as a pressed powder palette and lip lacquer set.

Additionally, a signed PR box is available including the entire collection for $350.

It comes months after the star announced she was giving her iconic lip kits a ‘makeover’ in turning them vegan. This involved a re-decoration of the Instagram account that promotes the products.

Following in the footsteps of her older sisters, Kylie Jenner revealed she is ‘really trying to not eat meat‘ earlier this year. It has been four years since she told fans she was trying out veganism.

Despite this, she’s come under fire for sporting animal fur.

Both Kim Kardashian and Kourtney Kardashian, Jenner’s half-siblings, are advocates for plant-based eating. Kim even revealed she takes the vegan meat brand Beyond Meat with her everywhere she travels.

You can shop the 24k Birthday Collection here

These 7 Olympic Gold Medalists Are Powered by Plant-Based Diets