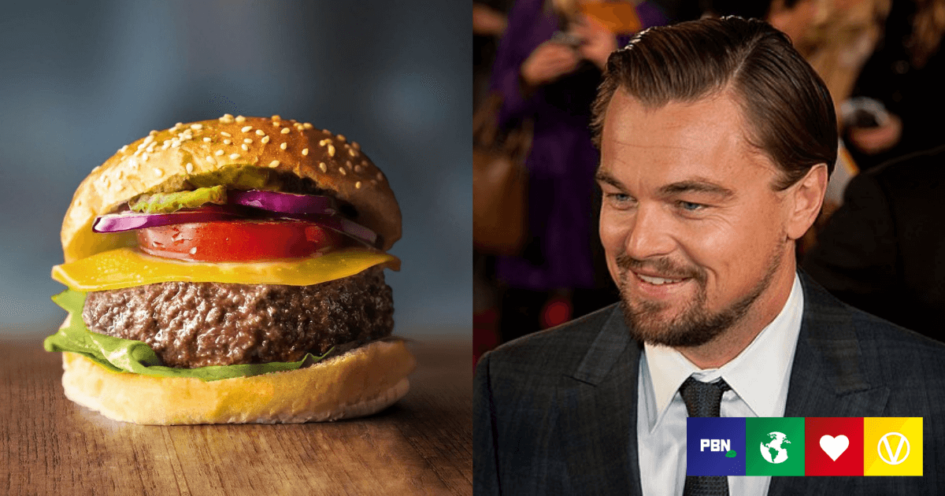 The plant-based and cruelty-free business sector is changing all the time, with new investors keen to partake and vegan companies eager to grow.

Here are the latest updates in the vegan and cultured meat business scene.

Leonardo DiCaprio has updated his investment portfolio once again, this time placing his support behind Aleph Farms and Mosa Meat.

Cultured meat – also called cell-based, cultivated, or clean meat – is grown from animal cells in a lab. The technology produces meat that is identical to conventional meat on a cellular level, but can be created without slaughtering animals.

In a statement sent to PBN, DiCaprio said: “One of the most impactful ways to combat the climate crisis is to fundamentally reshape our global food system. Mosa Meat pioneered a cleaner, kinder way of making real beef with the world’s first cultivated beef burger in 2013.”

“Mosa Meat and Aleph Farms offer new ways to satisfy the world’s demand for beef, while solving some of the most pressing issues of current industrial beef production,” the Academy Award-winning actor added.

“I’m honored to join them as advisor and investor as they now prepare to bring cultivated beef to market for all those who crave change,” he also said.

Food tech company Eat Just has announced that its cultured meat division, GOOD Meat, has raked in US$97 million in funding. The company raised $170 million in May, bringing its total to $267 million overall.

According to Food Ingredients First, this total marks the largest amount ever raised in the cultured meat sector.

He added that the funds will allow the company to ramp up its presence in ‘multiple regions around the world’.

GOOD Meat is paving the way in the cultured chicken sector, as well as the wider slaughter-free meat industry. On its website, the company claims it is the ‘first and only company in the world’ selling cultured meat.

Dairy-free food brand Ripple Foods has scooped up $60 million in a Series E funding round.

Ripple Foods uses yellow pea protein to produce creamy vegan milk, protein shakes, half and half, and frozen desserts. The brand’s products have half the sugar of cow’s milk and 50 percent more calcium, according to a press release.

Laura Flanagan, CEO of Ripple Foods, commented: “This capital raise will enable us to accelerate innovation and growth across product categories, and expand into new channels and global markets.

“It allows us to further achieve our mission of making plant-based foods that are better for people, and better for the planet, on an even larger scale.”

Hong-Kong based food brand OmniFoods is set to boost its presence in Australia. OmniFoods creates vegan meat out of shiitake mushrooms, non-GMO soy, peas, and rice.

The company is launching its plant-based spam and pork mince at nearly 1,000 Woolworths stores. Woolworths is the largest supermarket chain in Australia.

This brought the company’s distribution to around 40,000 point of sale locations around the world.

Plant-based ingredients company Roquette is forking out £11 million (US$12.9 million) to open a 2,000-square-meter R&D center in Vic-Sur-Aisne, France.

The company will use the center to develop new technological processes, test new ingredients and improve existing ones.

“Being a global player in plant proteins requires both to build on experience and to invest in future innovations. Developing plant proteins is one thing and adapting those developments to the needs of the customers and consumers is another,” Jeremy Burks, Senior Vice President of Plant Proteins at Roquette, said in a statement.

Burks added that the new center will bring the company’s ‘innovation up to a new level’.

“We are positioned to respond to what customers need as we strive to be the best partner for food innovators,” he added.

Sophie’s Kitchen intends to use the investment to develop new products and increase distribution.

“The best way to achieve this goal is to create plant-based foods craved by vegans and meat-lovers alike, while making our products accessible to consumers so they can also join our mission for change.”