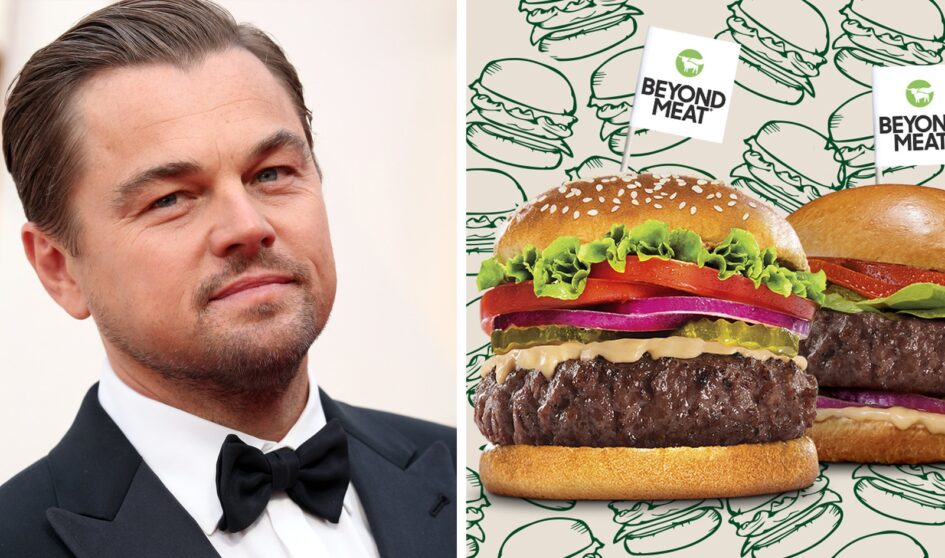 The actor and environmentalist Leonardo DiCaprio is fighting climate change by telling his massive social media fanbase to cut down on meat.

Leonardo DiCaprio who is invested in Beyond Meat said in a social media post to 19.5 million Twitter and 18 million Facebook followers to “reduce their meat consumption to fight the climate crisis.” He went on to say, “If every person in the US replaced just one beef burger per week with a plant-based Beyond Burger, it would be the equivalent of taking 12 million cars off the road”.

The benefits that Beyond Meat has on the environment compared to actual animal meat is proven. The University of Michigan’s 2018 LCA showed that the Beyond Burger, compared to producing a ¼ lb. standard 80/20 beef burger:

Every single person can help the planet and reduce climate change with one small choice every week. Join me and @BeyondMeat in our mission to rethink the future of food. #BeyondMeatPartner pic.twitter.com/Fgt1qSkIbm

Leonardo DiCaprio Has Other Investments

The 46-year-old actor isn’t a stranger to investing in other vegan companies. He has investments in the vegan milk brand ‘Califia Farms’ and the chickpea snack company ‘HIPPEAS’. In 2018, Leonardo teamed up with primatologist Jane Goodall to launch a vegan clothing business called “Don’t Let Them Disappear” which aims to support ape conservation and promote awareness.

The actor and environmentalist also executively directed the well-known vegan documentary Cowspiracy and he is the creator of the 2017 film named ‘Before the Flood’ which brought awareness to the activities that humans are engaging in that have severely impacted the environment.

In other news, Beyond Meat has Partnered with McDonald’s, Pizza Hut, Taco Bell & KFC. Tap or click here to read