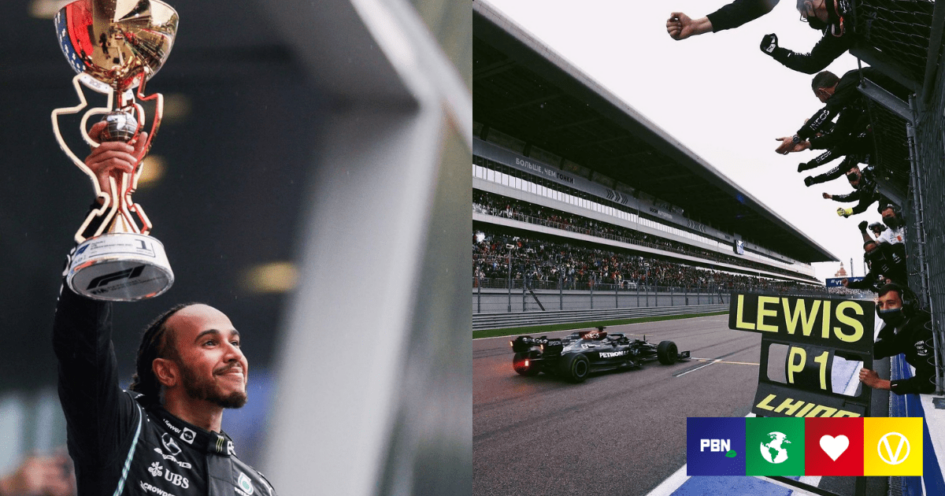 Vegan athlete Lewis Hamilton has bagged his 100th victory in the Russian Grand Prix this weekend. This makes him the first formula 1 driver ever to climb to wins of that many. And, he has won a race every season he has competed in.

On Sunday, the 36-year-old completed the final at Sochi Autodrom in first place. Upon grabbing the record 100th win, BBC Sports branded it a ‘monumental landmark’ in his career. Moreover, it’s been a long time coming, the outlet added.

‘Words can’t describe how it feels to make history with this team’, Hamilton told his Instagram followers.

He added: “They encourage me to push past the limits and today’s win is a result of our incredible teamwork.

“Thank you for continuing to believe in us – our shared dream is alive and strong. We must keep fighting, keep rising. We’ve got a championship to win.”

Since Hamilton’s first season with McLaren in 2007, the driver has grown in success. He joined Mercedes five years later, and come 2014 he had secured a staggering 78 out of 146 races, SkySports reports.

While Michael Schumacher is the only other driver to come close to clinching the 100-wins record, he fell short of nine.

Hamilton has not only held the spotlight for his sporting achievements. The racer is an outspoken vegan and has long been an animal advocate.

For example, over the COVID-19 lockdown last year, he used his millions-strong Instagram platform to show how captive animals feel.