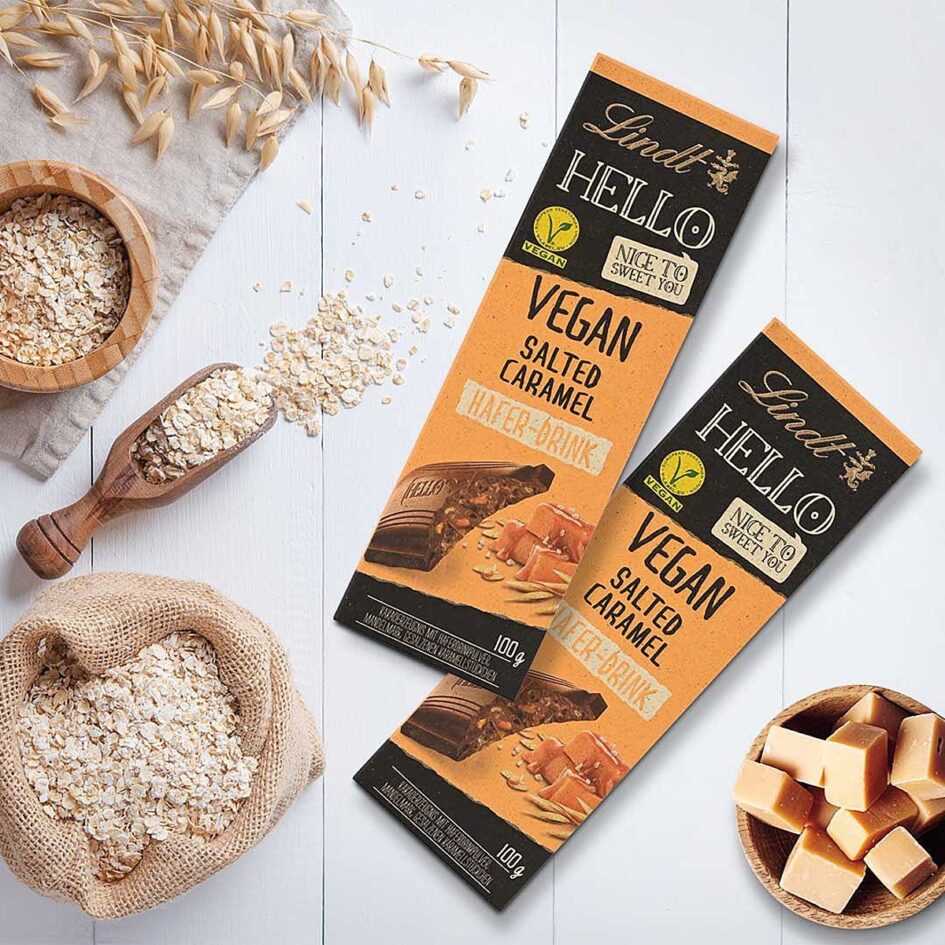 Vegan chocolate is here to stay: Internationally acclaimed companies including Nestle and Hershey’s have popularized the trend of the dairy-free confection. Chocolate giant Lindt & Sprungli unveiled its fully vegan Lindt Classic Recipe vegan milk chocolate bar in celebration of World Vegan Day. The Swiss chocolatiers developed the new dairy-free chocolate bar in two flavors including Smooth and Hazelnut. The company announced that it will use a blend of oat milk and almond paste to replace the traditionally used dairy milk in the new chocolate bars.

Lindt’s new chocolate bar is slated to become available on retail shelves by January 2022. The company planned the new product launch to coincide with Veganuary – an annual month-long campaign that promotes healthy and plant-based eating worldwide. The oat milk-based chocolate bars will initially only be available in the United Kingdom, rolling out at Sainsbury’s locations across the country.

The Swiss company has developed plant-based confections in previous years across Europe. Last year, Lindt debuted a line of vegan milk chocolate products under its HELLO collection. The vegan chocolate selection featured three flavors including Salted Caramel, Hazelnut, and Cookie, which were available across Germany and UK.

“After finding that the ingredient formulas of existing products could be improved upon, our masterful Research and Development team at Hershey developed formulas using oats that we believe deliver better on consumers’ expectations than what is in the marketplace today,” Hershey’s Team Lead of Strategic Growth Platforms Dan Mohnshine said.

Another chocolate giant Cadbury announced that it would reveal its plant-based chocolate selection for Veganuary 2021, but due to unexpected delays only just released its new Cadbury Plant Bars. The company issued a full apology for its unanticipated delay, releasing the new dairy-free chocolate bars in two flavors: Almonds and Almond with Salted Caramel.

“With 500,000 participants in this year’s Veganuary, double the number of participants from the year before, the increasing public appetite for varied snacking options and plant-based alternatives has never been more apparent,” Louise Stignant, UK Managing Director for Cadbury’s parent company Mondelez, said.

Chocolate companies have entered the plant-based market as more consumers begin to adopt or try plant-based eating. A report from Euromonitor concluded that nearly 42 percent of consumers consider themselves flexitarians – referring to people who actively restrict or limit animal-based consumption. Companies including Lindt, Nestle, Cadbury, and more began developing oat milk or other plant-based alternatives to compensate for this drastic shift in consumer interest, expecting the plant-based chocolate market to continue growing at this accelerated rate.