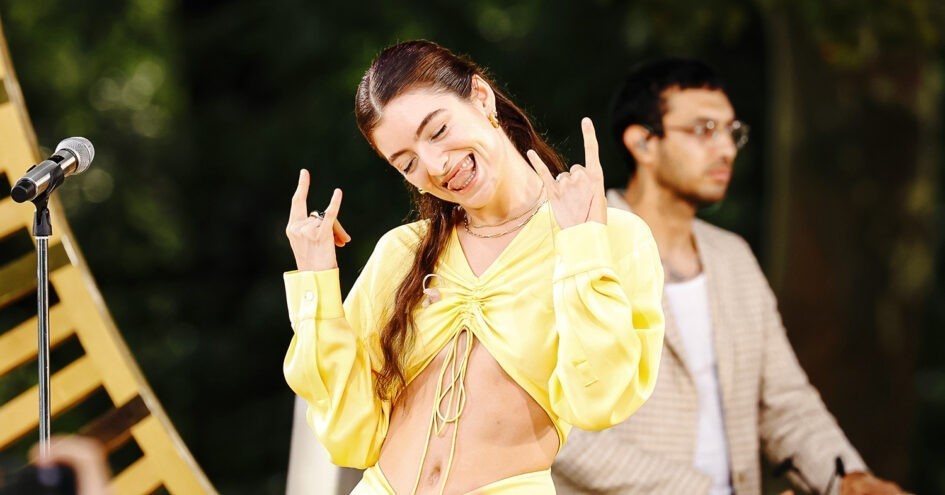 These days, it appears that Lorde is taking a more sustainable approach to her music. For her long-awaited third studio album, Solar Power—which debuted on August 20—she decided to forgo traditional plastic CDs (does anyone even listen to those anymore?) for a digital album. She also took a stand against fast fashion, dropping a merch line made from trash.

The New Zealand-based singer-songwriter teamed up with Everybody.World to create the merch, which is made from 100 percent recycled fabric. The sustainable fashion brand makes its eco-friendly fabric using post-industrial cotton waste obtained from yarn factories.

“[She] was specifically interested in our Trash Collection to offer fans gender-neutral pieces responsibly made from 100 percent recycled cotton,” Crespo continued.

After reclaiming the cotton waste, the company turns it into a biodegradable fabric. Everybody.World, which launched in 2016, uses its recycled fabric in its Trash Collection, which features cotton jersey and fleece garments.

Lorde’s Solar Power merch includes t-shirts, hoodies, and long-sleeved shirts, which all feature the recycled cotton material. The line also includes other accessories, such as bucket hats and tote bags, which aren’t included in the Trash Collection.

Fans may take notice of the steep prices, which Lorde addressed on her website. “I know the prices for these garments are a little higher than what you’re used to for my merch,” she explained. “Your garment is a bit better for the planet than most ‘new’ stuff, and that’s what you’re paying extra for. Tight. Thanks for understanding!”

The singer’s new album was inspired by her escape from fame to reconnect with nature. This is evidenced in the lyrics of the album’s lead single: “Acid green, aquamarine. The girls are dancing in the sand. And I throw my cellular device in the water. Can you reach me? No, you can’t.”

It’s safe to say the singer’s trip to Antarctica in 2019 to learn about climate change inspired the new album, which quickly landed on the Billboard charts. She even announced a 100-page photo book documenting her journey.

“When I went to Antarctica, I hadn’t yet started writing again after finishing Melodrama. I realised after the trip that what my brain had been craving was a visit to an alternate realm,” she said.

“Albums live in their own realms in a way, and Antarctica really acted as this great white palette cleanser, a sort of celestial foyer I had to move through in order to start making the next thing,” she continued.