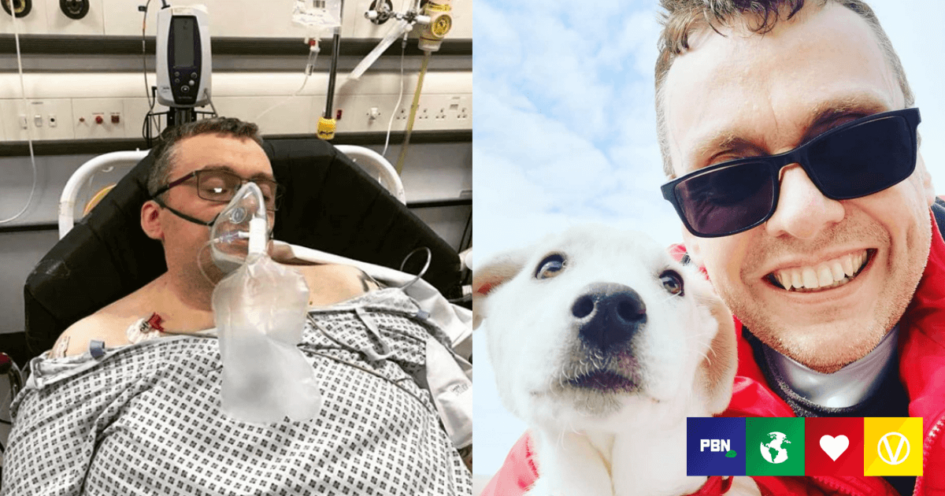 Mark Henderson made the move after suffering from a severe cardiac event. “Doctors were not sure I would survive,” he told Plant Based News. “They also said after this event I would probably die from the next event, due to my body being at the limits of what it could cope with.”

Henderson had been overweight for most of his life, reaching around 34 stone, he said.

“I had multiple chronic conditions including a heart arrhythmia, sleep apnoea, venous insufficiency, pre-diabetes, severe joint pain, and psoriasis that covered around 60 percent of my skin,” the 48 year old explained.

The health scare motivated Henderson to look closer at the link between diet and disease. He ultimately decided to adopt a whole-food plant-based diet.

“I immediately began to see improvements to my health. Over two years, I lost 14 stone in weight and was amazed to find that I had completely reversed all of my health conditions,” he said.

“I no longer require ANY medications and have been discharged from my cardiologist and all the other consultants involved in my care,” Henderson said, adding that he’s maintained the weight loss for around two years.

Health concerns were the catalyst for Henderson’s lifestyle change, but he began to notice other benefits too.

“It didn’t take long for me to discover the horrors the animals have to endure,” he explained. Henderson began using social media to speak ‘on behalf of all animals’, operating as The Vegan Mooncat on YouTube, Instagram, and Facebook.

He also appeared on Channel 4’s Lose Weight Like Me to speak out about the health benefits of ditching animal products.

“Myself, my wife and four children are now all vegan and doing very well,” he continued. “It’s the best change we ever made.”